What happens when you read people Hitler quotes disguised as Donald Trump ideas?

Donald Trump is not exactly shy about his political ideas -- some of which can be construed as, yes, a littleintense.

But would you go as far as to liken The Donald to Adolf Hitler, the man responsible for attempting to exterminate the entire global Jewish population during World War II?

SoFlo, a YouTube channel dedicated to pulling pranks and staging social experiments, hit the streets to find some real, live Trump supporters and read them famous Hitler quotes to see what they thought.

Except instead of telling them the actual source of the quotes, they read them out of a faux Trump pamphlet, and let them decide for themselves whether they supported the idea's of the infamous dictator.

The results are HARROWING. 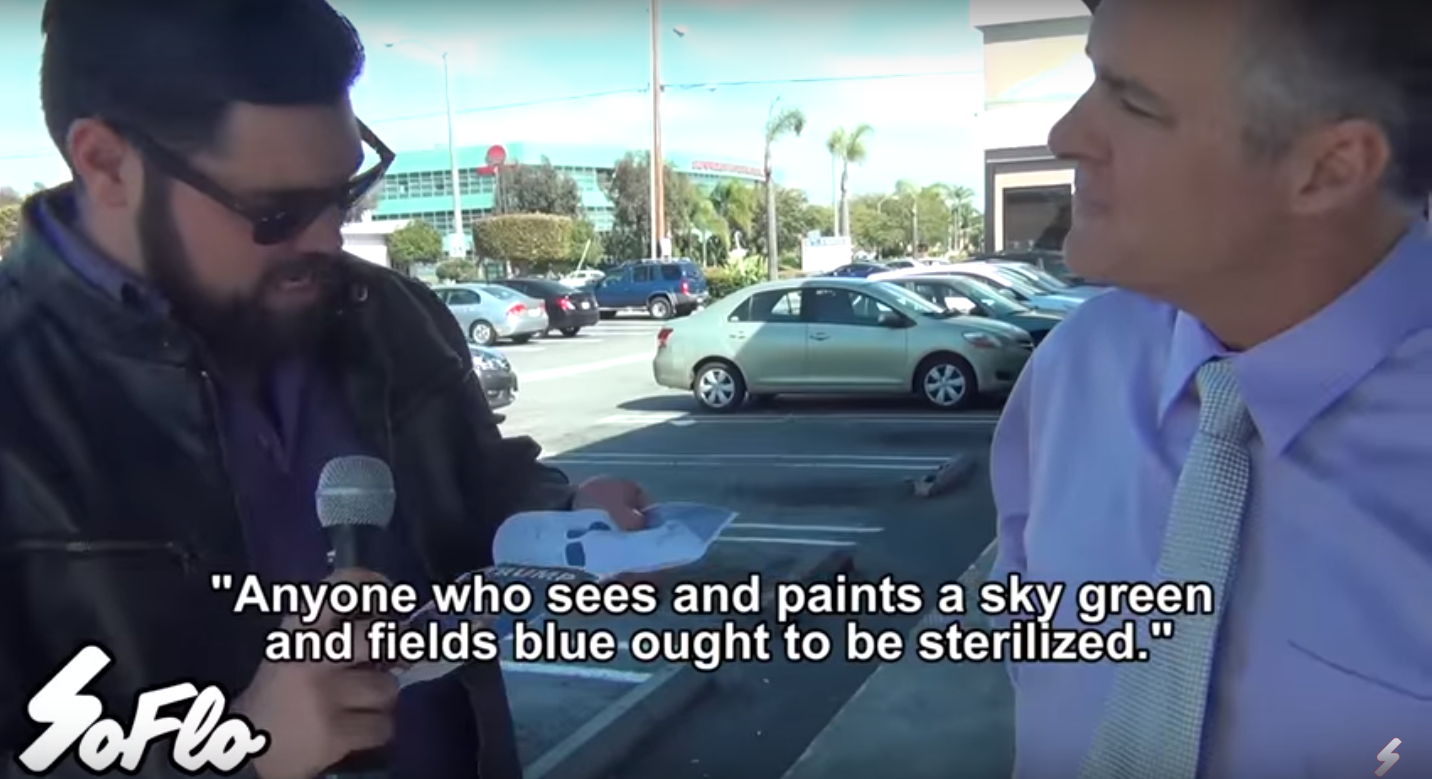 When asked about the radical idea that anyone who thinks or sees things differently than the majority, the participant responded, "There's a lot of people that should be sterilized according to Donald Trump, so sure." 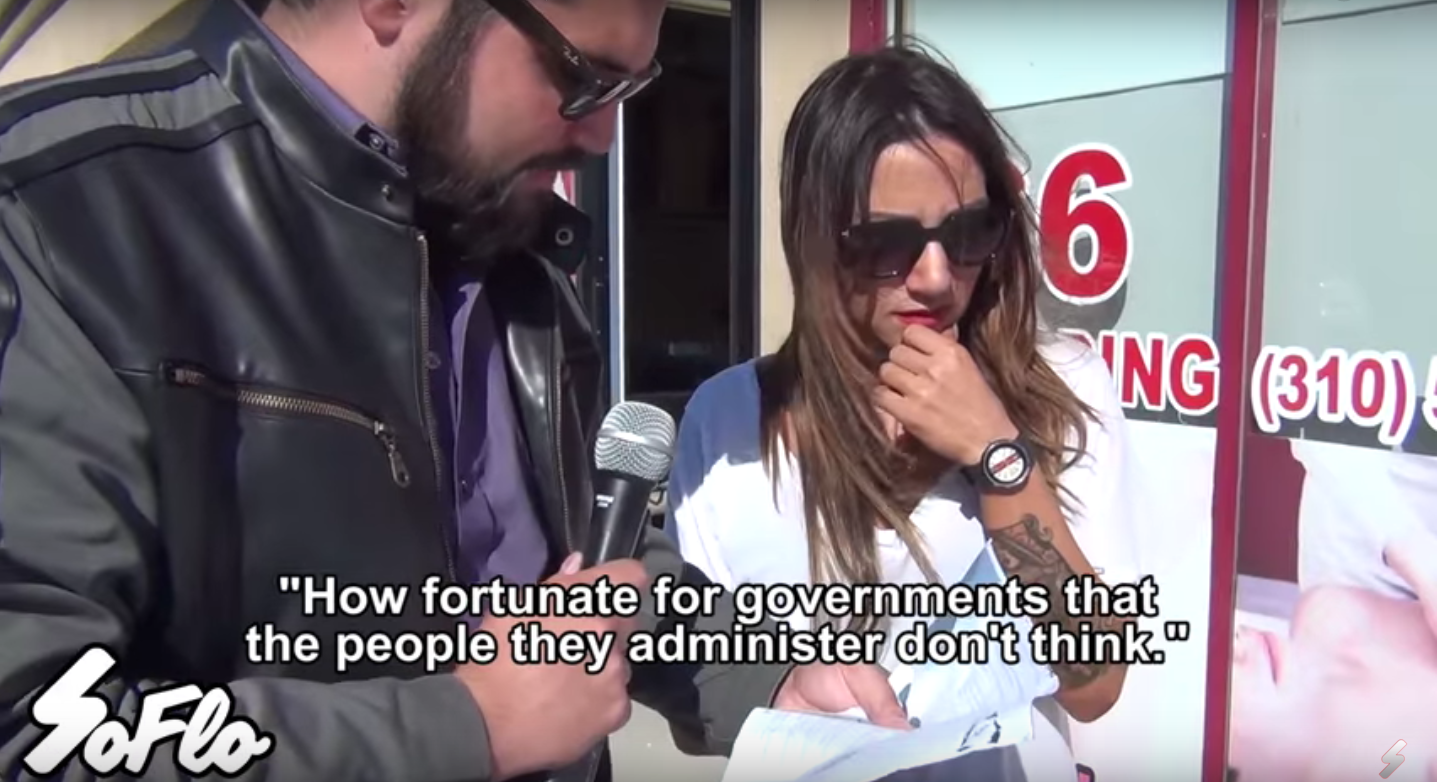 Apparently, they also approved of "Trump's" quote on how it should be considered a good thing if the people a government administers "don't think."

"You look at the Democratic party and they PROVE that. That's why I'm voting for Trump," one man answered, seemingly exasperated with all the trouble free thinkers have been known to give the government.

A second Trump supporter in no way whatsoever addressed the quote, instead choosing to say "He's got the world by the balls right now. I mean, he has a lot of money, he's very influential because of his money and what he's done with, like, you know? His empire." 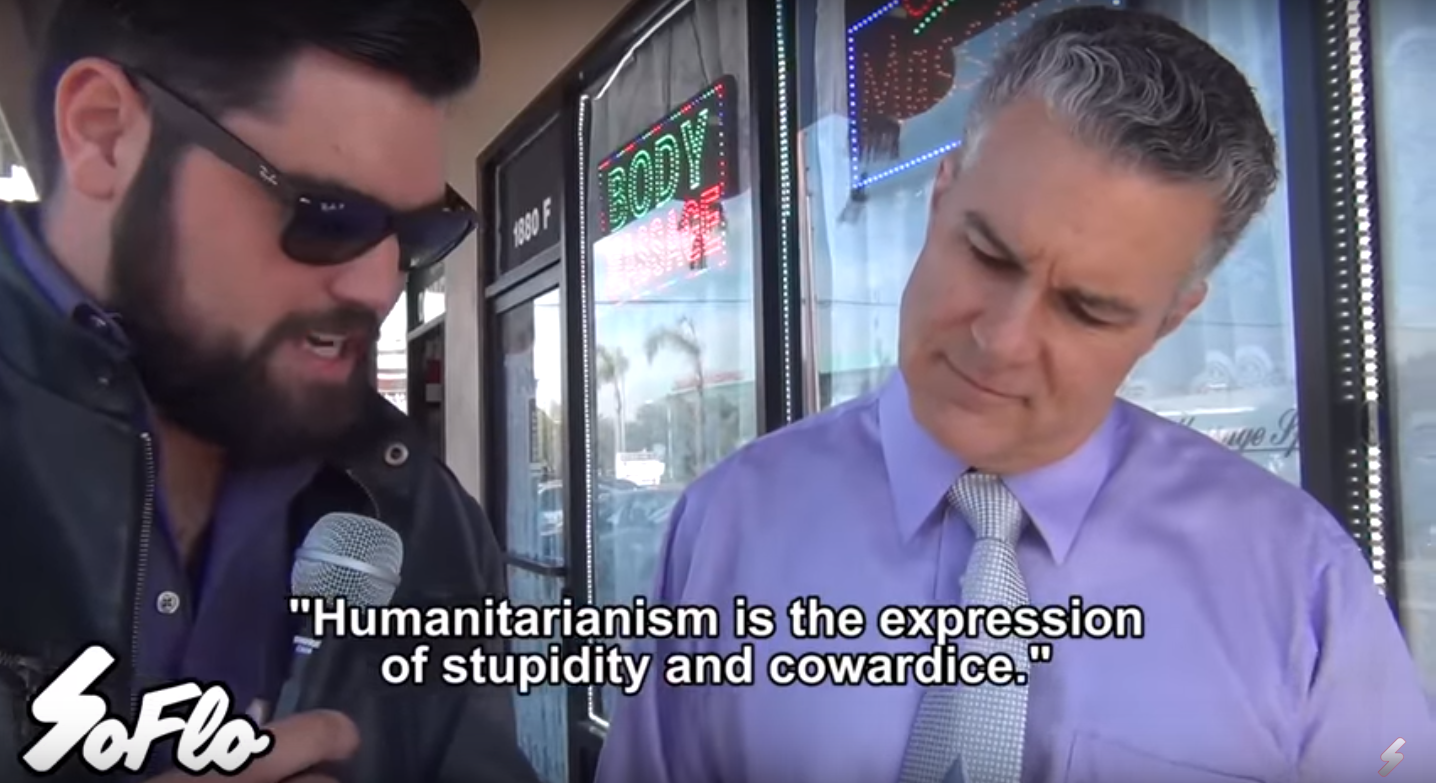 To be fair, this one required a minor bit of prompting from the host, but for the sake of supporting war and making sure we're the strongest country, one Trump supporter agreed that humanitarianism, aka being a good human being, was the ultimate sign of idiocy. 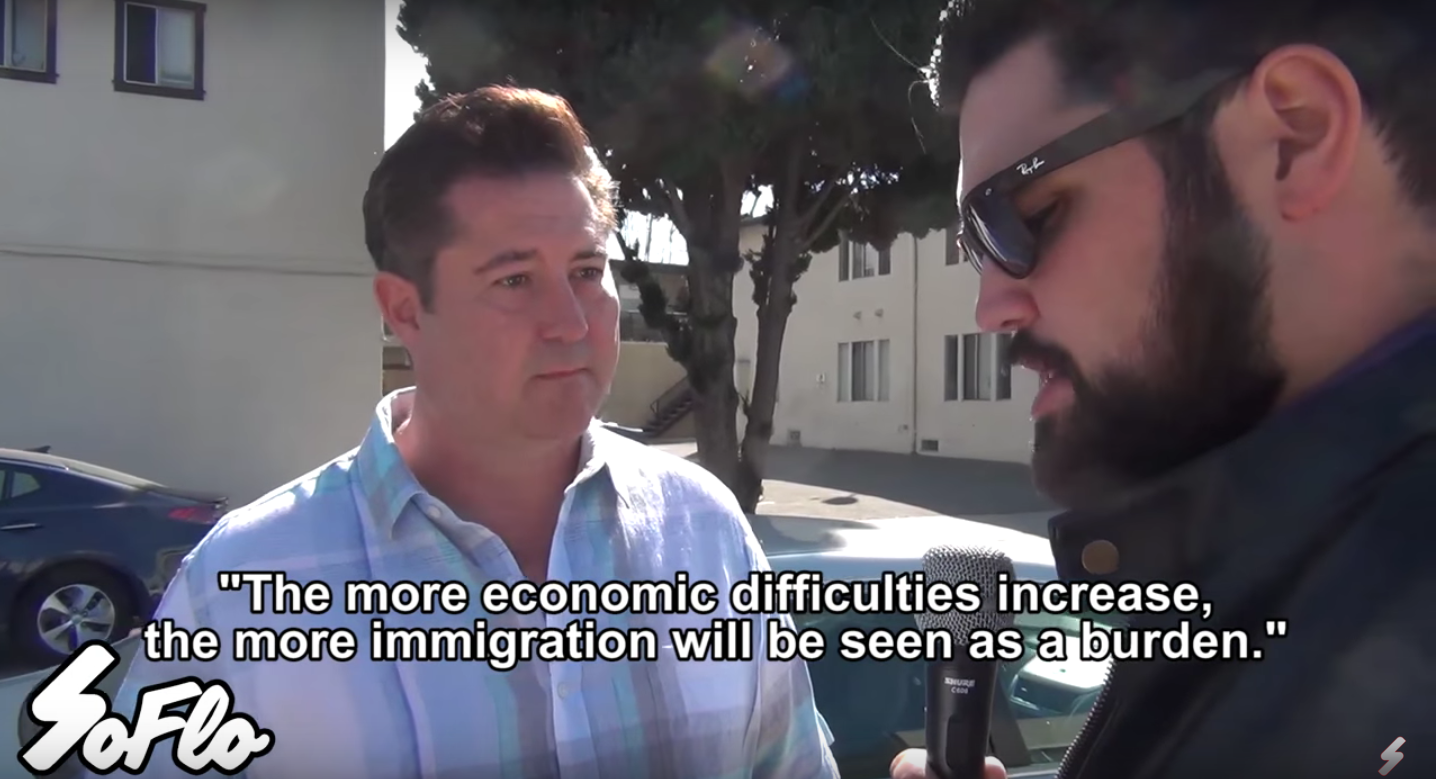 "Yeah, I mean as soon as our economic situation starts improving, we don't have to be worried about the immigrants anymore. They'll go away." 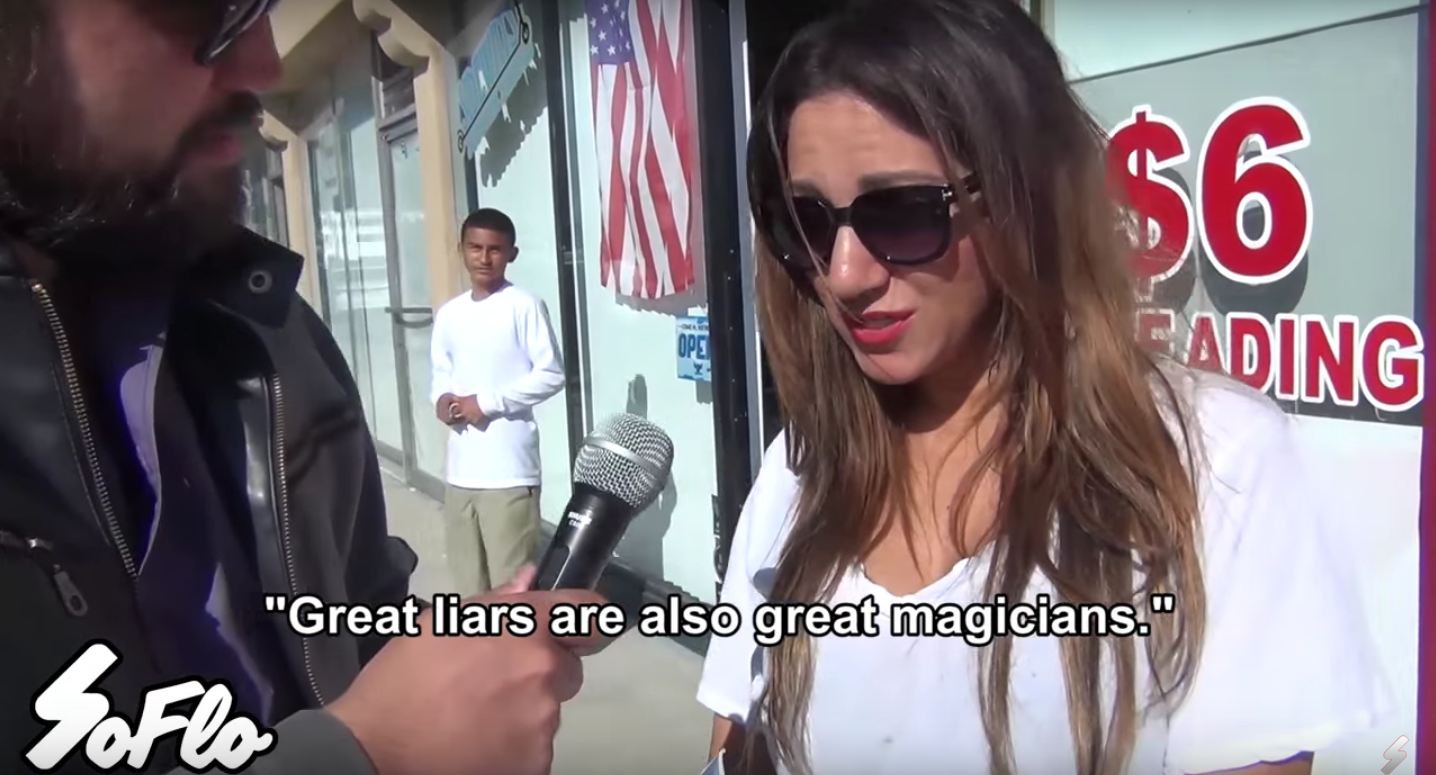 When asked about her stance on great liars, this Trump supporter expressed that white lies were okay for politicians to tell so long as they were for our own good -- much like how a parent would lie to a small child.

"Well I think that, you know, he's going to lie in like any way probably to, like, support the country, to keep the country going. They'll be good lies."

And finally, the kicker.

When it was revealed to the unsuspecting participants that the pamphlet was made up and that all the quotes were actually from Adolf Hitler, they assured the interviewer that they weren't racist and did not support Hitler.

But, when straight up asked "Do you support these quotes?" one Trump fan responded, "Well if Donald Trump said them I would support them..."

Don't believe us? Watch the entire video and see for yourself:

More fun with Donald Trump:
Someone replaced Donald Trump's eyes with his mouth and it made absolutely no difference
Who said it? Donald Trump or Kanye West
Google search for 'how to move to Canada' spikes during Super Tuesday