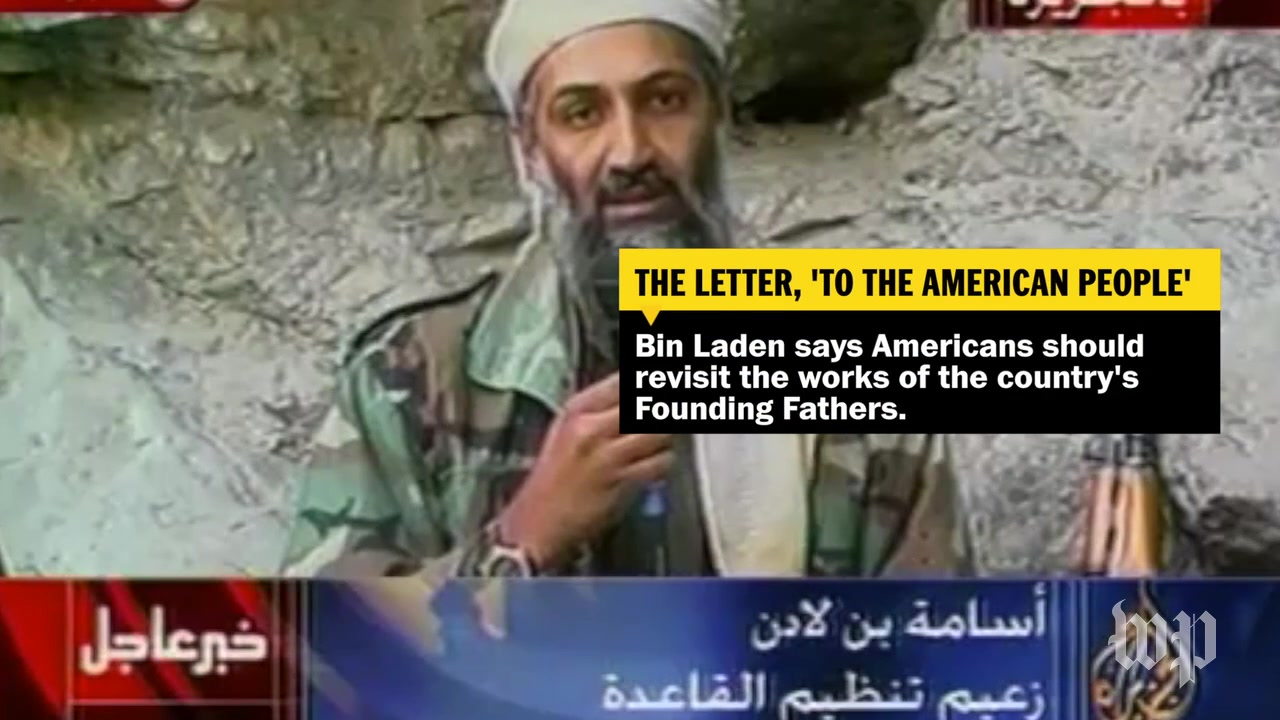 WASHINGTON (Reuters) -- Al Qaeda's leaders were increasingly worried about spies in their midst, drones in the air and secret tracking devices reporting their movements as the U.S.-led war against them ground on, documents seized in the 2011 raid on Osama bin Laden's Pakistani hideout and reviewed by Reuters reveal.

The cache of 113 documents, translated and declassified by U.S. intelligence agencies, are mostly dated between 2009 and 2011, intelligence officials said.

The documents -- the second tranche from the raid to have been declassified since May 2015 -- depict an al Qaeda that was unwavering in its commitment to global jihad, but with its core leadership in Pakistan and Afghanistan under pressure on multiple fronts.

U.S. President Barack Obama has said drone strikes and other counter-terrorism operations depleted al Qaeda's original leadership, culminating in bin Laden's killing by U.S. Navy SEALs on May 2, 2011. In the years since, the organization has proved resilient from Afghanistan to North Africa, and its ideological rival, Islamic State, has grown and spread.

In one document, bin Laden issues instructions to al Qaeda members holding an Afghan hostage to be wary of possible tracking technology attached to the ransom payment.

"It is important to get rid of the suitcase in which the funds are delivered, due to the possibility of it having a tracking chip in it," bin Laden states in a letter to an aide identified only as "Shaykh Mahmud."

In an apparent reference to armed U.S. drones patrolling the skies, bin Laden says his negotiators should not leave their rented house in the Pakistani city of Peshawar "except on a cloudy overcast day."

While the document is undated, the hostage, Afghan diplomat Abdul Khaliq Farahi, was held from September 2008 to late 2010.

Another, fragmentary document acknowledges that al Qaeda executed four would-be volunteers on suspicion of spying, only to discover they were probably innocent, according to senior U.S. intelligence officials authorized to discuss the materials in advance of their public release.

"I did not mention this to justify what has happened," wrote the undated letter's unidentified author, adding, "we are in an intelligence battle and humans are humans and no one is infallible."

In a May 11, 2010 letter to his then second-in-command, Atiyah Abd al Rahman, bin Laden urged caution in arranging an interview with al Jazeera journalist Ahmad Zaidan, asserting that the United States could be tracking his movements through devices implanted in his equipment, or by satellite.

"You must keep in mind the possibility, however, slight, that journalists can be under surveillance that neither we nor they can perceive, either on the ground or via satellite," he wrote.

New bin Laden documents show a suspicious, pressured al Qaeda
U.S. President Barack Obama stands after addressing the nation on TV from the East Room of the White House to make a televised statement May 1, 2011 in Washington, DC. Bin Laden has been killed near Islamabad, Pakistan almost a decade after the terrorist attacks of Sept. 11, 2001 and his body is in possession of the United States. (Photo by Brendan Smialowski-Pool/Getty Images)
In this handout image provided by The White House, President Barack Obama, Vice President Joe Biden, Secretary of State Hillary Clinton and members of the national security team receive an update on the mission against Osama bin Laden in the Situation Room of the White House May 1, 2011 in Washington, DC. Obama later announced that the United States had killed Bin Laden in an operation led by U.S. Special Forces at a compound in Abbottabad, Pakistan. (Photo by Pete Souza/The White House via Getty Images)
A newspaper vendor displays papers heralding the death of Osama Bin Laden on May 2, 2011 in New York City. President Barack Obama announced the death of Osama bin Laden during a late night address to the nation from the White House in Washington on May 1. The mastermind of the September 11 terrorist attacks was killed in an American military operation at a compound in Pakistan. (Photo by Spencer Platt/Getty Images)
US Marines of Regiment Combat Team 1 (RCT 1) watch TV as President Barack Obama announces the death of Osama Bin Laden, at Camp Dwyer in Helman Province, on May 2, 2011. US President Barack Obama said on May 1, 2011 that justice had been done after the September 11, 2001 attacks with the death of Osama bin Laden, but warned that Al-Qaeda will still try to attack the US. (Photo by Bay Ismoyo via AFP/Getty Images)
People celebrate in Times Square after the death of accused 9-11 mastermind Osama bin Laden was announced by U.S. President Barack Obama May 2, 2011 in New York City. Bin Laden was killed in an operation by U.S. Navy Seals in a compound in Abbottabad, Pakistan. (Photo by Mario Tama/Getty Images)
Newspapers left by visitors grace the fence overlooking the crash site of Flight 93 following the announcement that Osama Bin Laden had been killed in Pakistan May 2, 2011 in Shanksville, Pennsylvania. Nearly 10 years after September 11, 2001 construction is underway to erect a formal memorial at the crash site. Last night U.S. President Barack Obama announced that the United States had killed the most-wanted terrorist Osama Bin Laden in an operation led by U.S. Special Forces in a compound in Abbottabad, Pakistan. (Photo by Jeff Swensen/Getty Images)
Up Next

Even as al Qaeda came under growing pressure, bin Laden and his aides planned a media campaign to mark the 10th anniversary of the September 11, 2001 attacks on New York and Washington, the documents show. They plotted diplomatic strategy and opined on climate change and the U.S. financial collapse.

In a undated letter "To the American people," the al Qaeda chief chides Obama for failing to end the war in Afghanistan; and accurately predicts that the U.S. president's plan for ending the Israeli-Palestinian conflict will fail.

Spread the Word
On April 28, 2011, just four days before his death, bin Laden was editing a document he had written on the Arab Spring revolutions.

Al Qaeda's leaders also urged further attacks on the United States. "We need to extend and develop our operations in America and not keep it limited to blowing up airplanes," says a letter, apparently written by bin Laden, to Nasir al-Wuhayshi, head of al Qaeda's Yemen branch.

Bin Laden "was still sort of thinking in very kind of grand schemes, and still ... trying to reclaim that 9/11 'victory'," said one of the senior intelligence officials, speaking on condition of anonymity.

But he was "somewhat out of touch with the (actual) capabilities of his organization," the official said.

One associate, who signed his 2009 note simply as "Your beloved "Atiyah," acknowledged troubles replacing an ineffective leader for external operations, saying some of the best candidates were dead.

"There are new brothers, perhaps some would be suitable in the future, but not now," he wrote.

Suspicion of tracking devices pops up again and again in the group's writings. The concern may have been merited - the United States conducts extensive electronic surveillance on al Qaeda and other Islamic militant groups.

Abu Abdallah al-Halabi -- who the U.S. Treasury has identified as a name used by bin Laden's son-in law Muhammad Abdallah Hasan Abu-Al-Khayr -- writes in a letter to "my esteemed brother Khalid" about intercepting messages of "spies" in Pakistan, who he said would facilitate air strikes on al Qaeda operatives by marking cars with infrared streaks that can be seen with night vision equipment.

In another, bin Laden, writing under the pseudonym Abu Abdallah, expresses alarm over his wife's visit to a dentist while in Iran, worrying that a tracking chip could have been implanted with her dental filling.

"The size of the chip is about the length of a grain of wheat and the width of a fine piece of vermicelli." Osama bin Laden

The letter ended with this instruction: "Please destroy this letter after reading it."