Power Rankings: Here's who has the best chance at being our next president 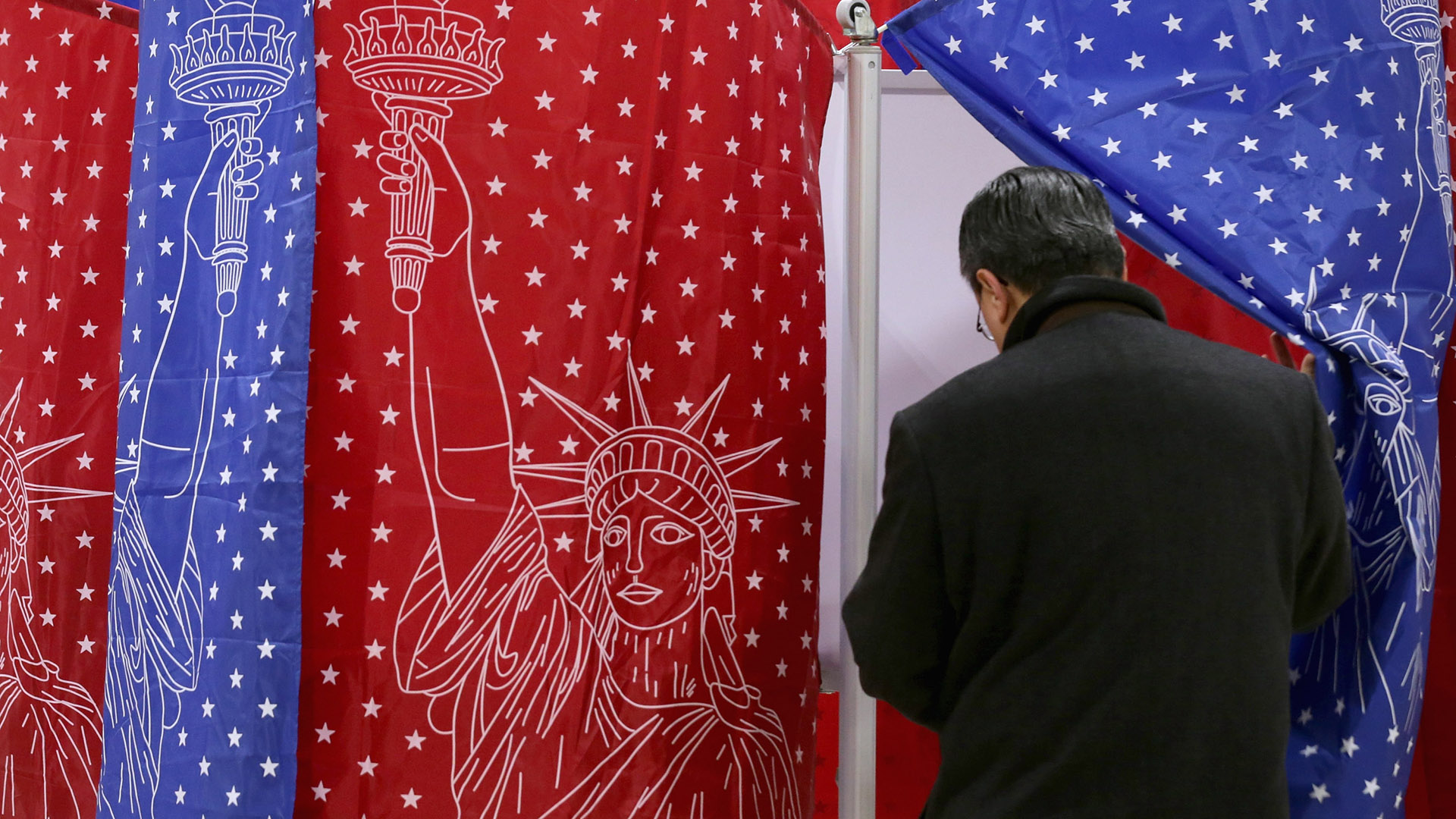 Super Tuesday: The most important day of the presidential primaries, according to Republican candidate and Sen. Ted Cruz.

Republican and Democratic voters in more than 10 states will head to the polls Tuesday to award a sizable chunk of the delegates necessary for a candidate to win his or her respective party's nomination.

And two candidates appear poised to dominate and build up their current delegate leads.

Republican frontrunner Donald Trump has racked up three victories in a row in New Hampshire, South Carolina, and Nevada. Polls have shown him leading in many of the Super Tuesday states, and his lead nationally is expanding, as well.

On the Democratic side, frontrunner Hillary Clinton is aiming to carry her momentum from an extraordinary win in South Carolina's primary last weekend. Like Trump, a strong showing Tuesday could put her in the driver's seat toward the nomination.

Our rankings are based on the Real Clear Politics averages of national polls and those in upcoming Super Tuesday states. We also factored in the candidates' delegate count and their finishes in Iowa, New Hampshire, South Carolina, and Nevada, as well their momentum (or lack thereof) over the past few weeks.

Since our last ranking, one more Republican candidate has dropped out of the race: former Florida Gov. Jeb Bush.

Power Rankings: Here's who has the best chance at being our next president

Carson has continued to slide after a stunning rise that peaked in October, when he became the first Republican since July to overtake Donald Trump for first place in a national poll.

His time in the intense spotlight looks as if it has taken its toll, as scrutiny has pervaded over his potential as commander-in-chief. His campaign, thrown into disaster in late December with the resignation of top aides, continues to hit speed bumps.

Many of his former advisers are speculating about why he is staying in the race. The candidate himself was forced to defend remaining in contention in an unusual op-ed.

His national and state poll numbers continue to plunge, and it's unclear where he can be competitive from here on out.

Kasich finished an impressive second in New Hampshire, a feat that has proved to be a serious boon to his presidential ambitions.

But he was non-competitive in South Carolina and Nevada, which has led to pressure from other campaigns to coalesce around a potentially stronger alternative to Trump (read: Marco Rubio). Ohio's primary, on March 15, is do or die for Kasich.

Those who talk up Kasich say he is a successful governor of a swing state with a record to point to and clear bipartisan appeal. He also has a plethora of experience from nearly two decades in Congress, including foreign-policy areas and his time as chair of the US House budget committee.

But that same bipartisan brand could hurt Kasich with the GOP base beyond New Hampshire. He is to the left of most GOP candidates on immigration reform, and he expanded the federal Medicaid program under the Affordable Care Act — two issues that could doom him with hard-line conservatives.

Sanders not only upset Clinton in New Hampshire — he achieved a gigantic, 22-point victory, a feat unthinkable to observers months ago.

But he suffered a small setback in Nevada — and a huge one in South Carolina, where he lost to the former secretary of state by nearly 50 points.

It is becoming increasingly clear that Sanders' path to the nomination is shrinking. A big Super Tuesday for Clinton would put her in commanding position delegate-wise. And it's not helpful that he's facing a brutal stretch filled with states more favorable to Clinton.

Cruz rode a record turnout in Iowa — something that was supposed to benefit Trump — to a surprisingly robust victory. But he has appeared to plateau slightly as he reaches his target, the so-called SEC primary states in the South, many of which vote Tuesday.

He finds himself in position to lose many of those southern states — considered his strength — to Trump, who continues to gain steam. He won't be nearly as strong in many of the states that vote going forward.

Still, Cruz inspires a flood of enthusiasm among the GOP base, and he may be the best-positioned candidate from within the political sphere to back up the notion that he's not a typical politician, that he is the outsider the base wants despite his day job in Washington.

And his eye-popping fund-raising numbers mean he could be in the race for the long haul.

Rubio has come close to achieving his objective: making the Republican race a virtual two-man affair between himself and Trump.

He now has a pair of second-place finishes under his belt, and he used last week's GOP debate and its aftermath to frame the contestas one that only he or Trump could realistically win.

But he's not the anointed choice of the Republican establishment just yet — Kasich remains in the race. And the question lingers: Where can Rubio actually win a state?

Polling in Super Tuesday states suggests the signs aren't promising. Florida, his home state, votes March 15, and he is behind Trump by double digits there. A loss in the Sunshine State would be disastrous for his campaign.

Trump has lit the political world on fire since his entry into the race last summer. And he has showed surprising staying power — we're now on month No. 10 of the Trump show.

He lost in Iowa. But the Hawkeye State was never fertile ground for someone like Trump, a brash New York billionaire. And major wins in the next three states have cemented his long-standing status as the party's frontrunner.

If Trump continues to weather a cascade of attacks and finish strong in the next two weeks' contests, he may have the nomination virtually in hand.

The "firewall" held up.

A new, more dominant Hillary Clinton has emerged after a win in Nevada and an obliteration in South Carolina. She now looks to be on more of a glide path to the nomination after some large bumps in the road, and a strong challenge from Sanders, along the way.

Clinton, the long-presumed Democratic nominee, has been a shakier-than-expected candidate. But she now has a clear look at the nomination, and she would enter the general election with a slight advantage over the Republican nominee.

To the polls! First, here's a look at each candidate's national polling average ...