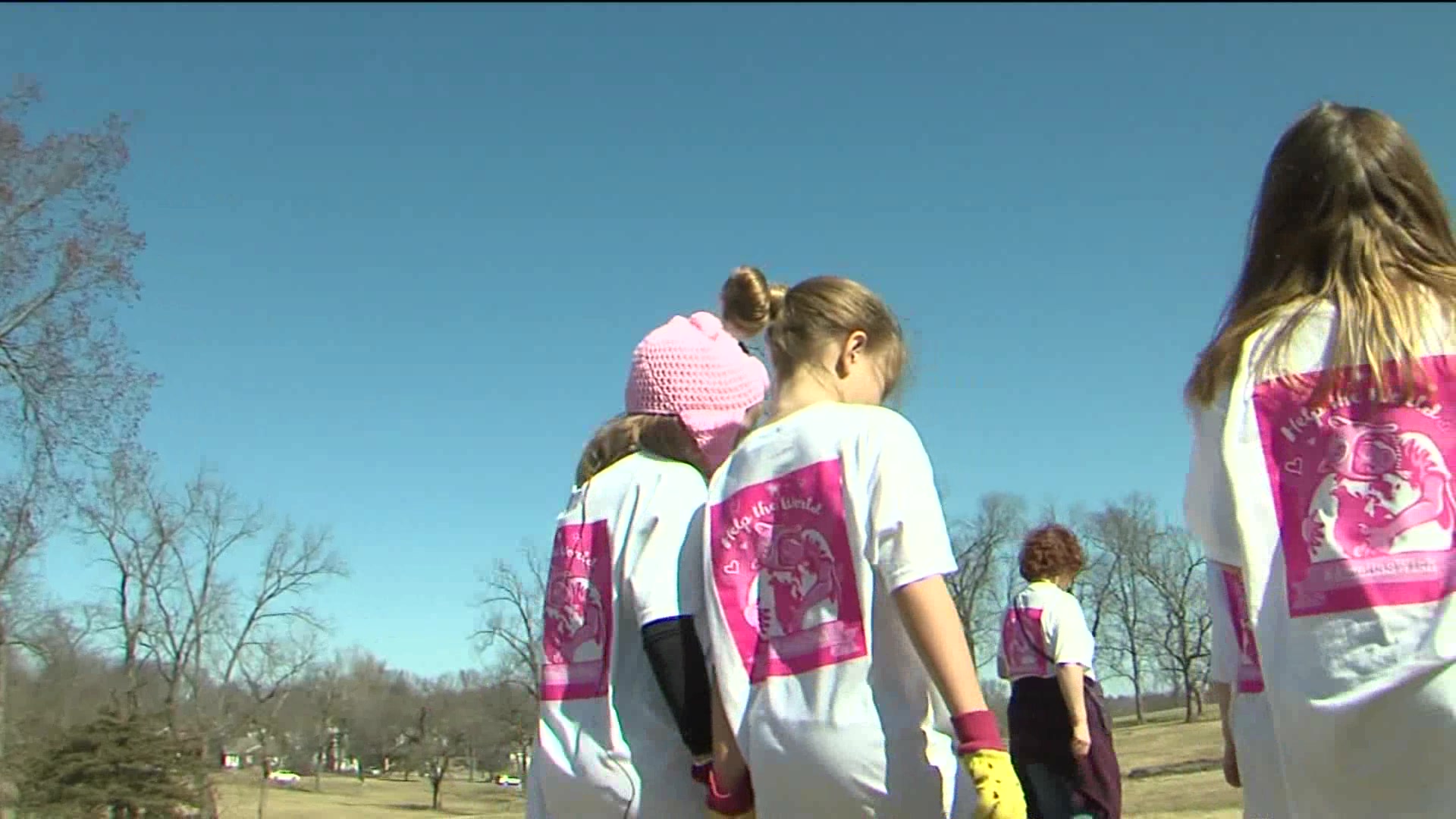 KANSAS CITY, Mo. (WDAF) – A brave, bright young metro girl is battling brain cancer. The Make-A-Wish Foundation and others came together Saturday to grant Amelia Meyer's wish. What she chose has touched many people and driven them to action.

Running across a field, playing with friends, enjoying some rare February sunshine; for Amelia Meyer, it's just another day in the park. Her mother Jill Meyer said, "She's always been that kid I cannot get inside."

What you can't see under the pink hat and bright blue eyes is an eight-year-old girl fighting her way through brain cancer. Amelia's best friend Samantha Asquith said, "I know some kids might want to go to Disneyworld and stuff, or meet famous people, but I really feel like Amelia picked the right wish."

See photos of Amelia's wish below:

Jill Meyer said, "Last night I asked her, I said, 'Are you excited about tomorrow?' And she said, 'I am so excited.' And I said, 'Why?' And she goes, 'Because I get to pick up trash!'"

Make-A-Wish gave Amelia the chance to wish for anything. All she asked wanted was to pick up trash. Amelia said, "It doesn't look nice and another reason is because it can stay dirty and it can get animals sick."

She seemed most comfortable in her own element, walking and running hand in hand with her best friends. Samantha said, "I've known her since preschool and she's just been my very best friend. She's been really nice to me and really supportive of me when I have rough times."

Hundreds helped Amelia pick up trash at Swope Park and other parks around the city. Mayor Sly James read a proclamation, naming February 27, 2016 "Amelia Meyer's Take Care Of The World Day." People in cities across the country and the world picked up trash in their hometowns in honor of Amelia. Followers on social media also joined in with by tagging posts and photos with #AmeliasWish

More from AOL.com:
What expiration dates really mean
Super Tuesday showdown: How the US South won the spotlight
Winter Storm Quo will bring a snowy start to March in the Midwest and East