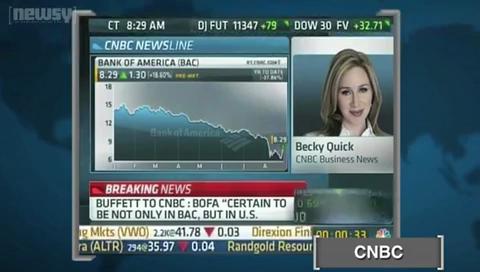 Bank of America is preparing for significant job cuts across its global banking and markets business, according to people with knowledge of the matter.

Senior executives in the division were tasked with identifying potential job cuts a few weeks ago, and this week were asked to increase their size, according to people familiar with the situation.

The cuts are likely to be over 5% of staff, the people said. Some business lines will face deeper cuts than others, and the details haven't been finalized.

Employees could be told of the cuts as soon as March 8, one of the people said, which is weeks sooner than managers were initially expecting. The people didn't know the reasons the cuts had be pushed forward.

A spokesman for Bank of America declined to comment.

When you're building a budget, the first thing to look at is non-essentials you can cut. Music, movies, books, apps and other bits of entertainment often fall into that category. However, you might not want to give them up.

When online shopping first started, it was a bonanza for saving money. Online stores didn't have to deal with sales tax, a large chunk of typical retail overhead and you could usually find a free shipping offer somewhere.

In recent years, however, brick-and-mortar retailers have evened the odds with price matching and other savings. So you still want to check both for deals before you buy something. However, there are three things you might buy that are almost always going to be less expensive online. Find out what they are and some good sites to find great deals.

When you're trying to cut non-essentials, your cable bill probably doesn't spring immediately to mind. Even though it's a huge expense every month, many people can't imagine going without their favorite shows.

Just because you're keeping cable, though, doesn't mean you should keep paying full price. Learn three secrets you can use to save big money on your cable bill, plus some cheaper cable alternatives you should consider.

2. Test whether your ISP is slowing down your connection

Your Internet connection lets you check Facebook, send email, browse the Internet, watch online video, play online games and connects you to the single largest source of information in history. You need it to be fast, and you probably pay a hefty amount to get an Internet plan with decent speed.

But are you actually getting the speed you paid for? If you aren't, then you're just wasting money every month. Find out how fast your connection really is so you know your money is well spent.

1. 3 secrets to getting the lowest airfare online

One of the biggest travel expenses is the airfare. Even worse, every dollar you're spending on getting to and from your destination is money you can't spend enjoying yourself while you're there. So, finding a cheap flight is definitely something to shoot for.

Fortunately, getting a great deal is easier than you think. You just need to know what sites to use, when to buy and the value of flexibility. Get the full details so you can save big on your next trip.

BofA is joining firms across Wall Street in paring back staff amid one of the worst quarters for investment-banking and trading revenues. Business Insider reported on Monday that Deutsche Bank was cutting 75 staff in fixed income, while Morgan Stanley and Barclays have also recently cut staff.

Daniel Pinto, CEO of JPMorgan's corporate and investment bank, said on Tuesday that the firm's investment-banking revenues are forecast to be down 25% in the first quarter. Markets revenues are down 20% year-on-year, Pinto said, speaking at JPMorgan's Investor Day conference.

NOW WATCH: JEFF SACHS: This is the biggest threat to the human race

See Also:
A former Cavaliers player who recently joined the Warriors is in awe at the differences between the 2 teams
The 25 best Caribbean islands, ranked​
Nuke test: The missile is the message, the Pentagon hopes