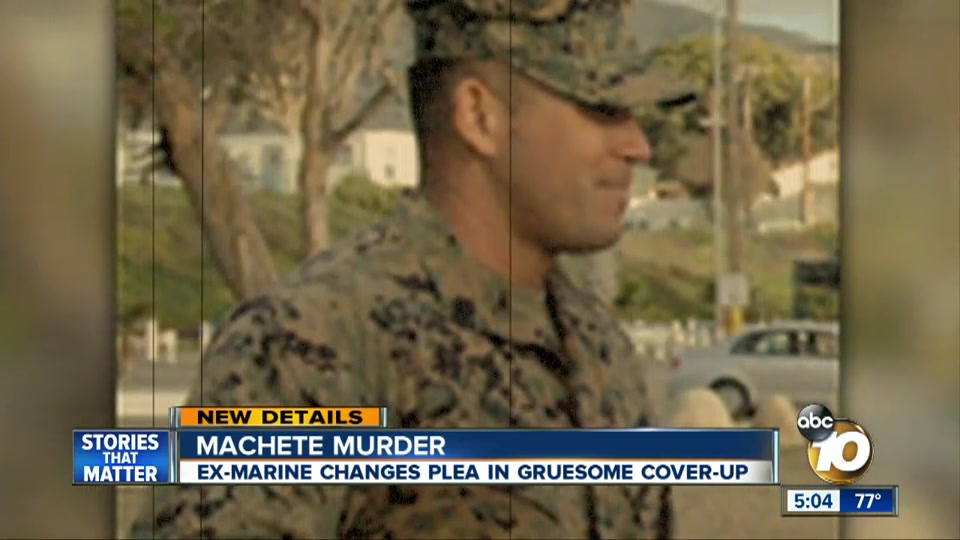 SAN DIEGO (Reuters) -- A former U.S. marine whose American girlfriend disappeared in 2011 while the couple lived in Panama pleaded guilty on Wednesday to murdering and dismembering her, federal prosecutors said.

Brian Karl Brimager, 39, admitted in U.S. District Court in San Diego that he killed Yvonne Baldelli, 42, in their bedroom, cut her body apart with a machete and hid the remains in the dense jungle where a farm worker found them 21 months later.

According to the 14-page plea agreement, Brimager also admitted that he disposed of a bloody mattress and Baldelli's dogs, then used her ATM card and email accounts to try to convince her family and friends that she was alive and had gone to Costa Rica with another man.

The prosecution by U.S. authorities was unusual, since the murder occurred in Panama and, at the time Brimager was indicted, Baldelli's body had not been found. He was charged under the U.S. Immigration and Nationality Act as a U.S. national accused of murdering another U.S. citizen in a foreign country.

According to the federal grand jury indictment handed down last year, Baldelli and Brimager had moved to the archipelago of Bocas del Toro from Los Angeles just two months before the murder to get a fresh start. But shortly after they arrived, Brimager began emailing with an ex-girlfriend with whom he had a child, and his relationship with Baldelli soured.

Baldelli's family did not believe that she had left Brimager, and began a quest to bring him to justice. On Wednesday, after Brimager's guilty plea, her family posted on Facebook that their "feelings are indescribable - bittersweet. Finally, the end is in sight."

U.S. Attorney for the Southern District of California Laura Duffy said that Brimager's plea was the result of international cooperation between the Federal Bureau of Investigation and Panamanian authorities.

"Now that Brimager has finally admitted his crime, we hope that the truth, and knowing that their daughter's murderer will serve decades in prison, will give this grieving family a sense of justice and peace," Duffy said in a written statement.

Brimager faces a maximum sentence of life in prison and a $250,000 fine when he is sentenced in May.