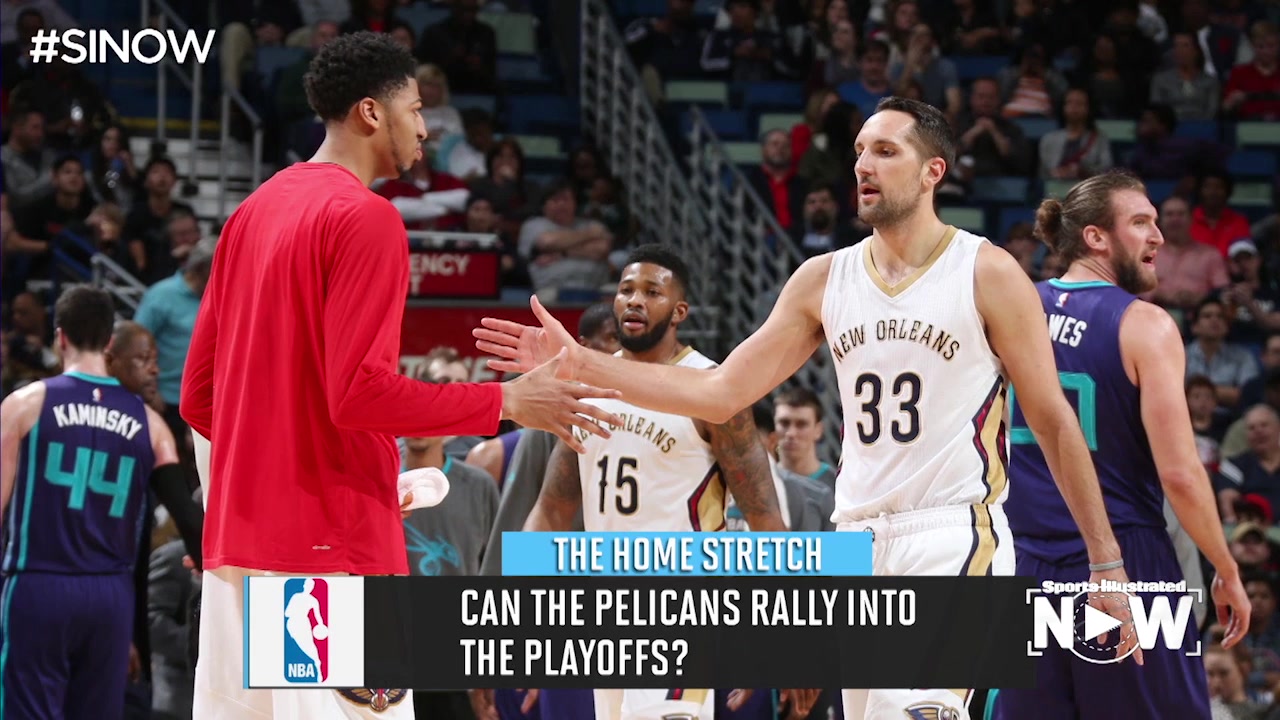 It's been a roller coaster ride of emotion over the last few days for New Orleans Pelicans big man Anthony Davis.

Days after learning that the wife of his former NBA coach and mentor, Monty Williams, died in a car accident, Davis put up the best game of his young career -- scorching the Detroit Pistons for 59 points and 20 rebounds.

After the events of the last few days, Davis spoke with AOL Sports about several topics, including Monty and Ingrid Williams, John Calipari, and -- importantly, during tax season -- his relationship with H&R Block.

You can read the conversation below.

Describe your relationship with H&R Block, and tell a little bit about the new ad spots you're featured in.

We had a lot of fun! It was definitely a fun experience for me, and it put me in a different element, to reach different consumers. I definitely had a ball with that. I realized how much H&R Block helped me out during tax season. As an NBA player, it gets kind of hectic when tax season comes around. So it's definitely nice to team up with them and try to get stuff done for me and my family. They were definitely a couple of nice spots, and hopefully we can do more things in the future.

Congratulations on your massive game against Detroit. This might be a silly question, but was that the best you've ever felt on a basketball court?

Hmmmm... probably (laughs). That's probably the best I've felt. Just playing the game of basketball, scoring wise. Of course I've felt better, winning championships in college, winning the gold medal twice. But I think from an individual standpoint, that was the best I've felt in a while.

You said it might not sink in until Monday -- has it sunk in yet?

Yeah, I mean with everything going around social media -- so many phone calls and text messages. It's definitely sinking in.

You posted an article of your own, talking about your relationship with Monty Williams' family. How much did their family help you early in your career?

They helped me a lot. When I first got to New Orleans, Monty and Ingrid were definitely there for me. She would tell Monty all the time, "Something's wrong with AD." And Monty would be like "How do you know that?" They meant a lot. I was over their house a lot -- we had dinners, I'd play with the kids, play with the dogs. If I had anything going on -- a problem with the team, a problem in my personal life -- I'd go talk to them both, and they would give me advice. Or if they knew something was wrong with me that I probably didn't want to talk about, they'd call me over and try to get it out of me. It definitely meant a lot to me, for sure.

It was basically the same. Cal was the same way with me. Any time I had something going on, he definitely wouldn't be hesitant to call me over to his house or to his office to go talk to him. It was the same thing with Monty and Ingrid. They wanted to make sure they'd look out for me, and did a beautiful job or being there for me when my parents couldn't come down as much my first year -- different situations where they tried to be there to make sure I was okay.

What was the hardest part about playing for Coach Cal?

He'd just yell at you a lot, but I didn't really care. It didn't really bother me. But if you can handle that then you can play for him.

When you were choosing which school to attend, did Coach Cal sell Kentucky to you? Or did the school and all its history kind of sell itself?

He walked into my living room -- him and two other coaches -- and he said "Kentucky's not for everyone." That was the first thing he said. Then they started telling me about the school, showed me video, and then walked out. I said "That's it?" (laughs) So that kind of stood out. But I always remember him just saying that Kentucky isn't for everyone. That put it in a different perspective. They don't care who you are, what you did in high school -- college is another level, and you've gotta come in and earn your spot. He also told me I wouldn't be guaranteed a starting spot, and I was thinking "I'm the No. 1 player in the country, what do you mean it's not gonna be guaranteed?" But that's how he talked about the situation. Everyone would have to come in and earn their spot. It attracted me to Kentucky even more.

You were obviously one of the players that was ready to go pro after one year in college. There's talk now of moving the requirement up to playing two years in the NCAA before entering the draft -- where do you stand on this?

I just think that if the player is ready, he's ready -- everybody's not always ready, everybody's not always one-and-done. But some people are. So I think it's really just on the player. He knows if he's ready or not. And he'd have to sit down with his family, his coaches, whoever he's comfortable with and try to figure out what's best for him. Everybody's situation is different. Whether it's one year, two years, three or four. Everybody's situation is different.

How would you have felt about being forced to play a mandatory second season at Kentucky?

It was hard for me to leave anyway. I didn't really decide until the last day before you had to make a decision, because I love Kentucky so much. We all were thinking about coming back and trying to repeat. It was tough for all of us to leave. So if they said two years, it would've been fine for me.

What was your favorite part about All-Star in Toronto?

Just playing the game. Being surrounded by all the hype that was going around Kobe. That was the most interesting thing. Everyone was acknowledging him -- it makes you want to get to that same situation that he's in. Wherever he goes, everyone's just chanting "Kobe."

After a slow start, the Pelicans are getting closer to the playoff picture. In your opinion, what went wrong in the early going, and what else do you need to fix to get into a playoff spot?

I think we were just hurt. Everybody got injured. Tyreke Evans, Eric Gordon -- both of them do a lot for our team, offensively and defensively. It's just tough when you have guys that are hurt -- especially your main guys. You've gotta try and find a way to win. So now, guys are just stepping up and taking on the challenge, trying to fill those shoes. We're playing together, playing hard, and when we do that, we give ourself a chance to win every game.