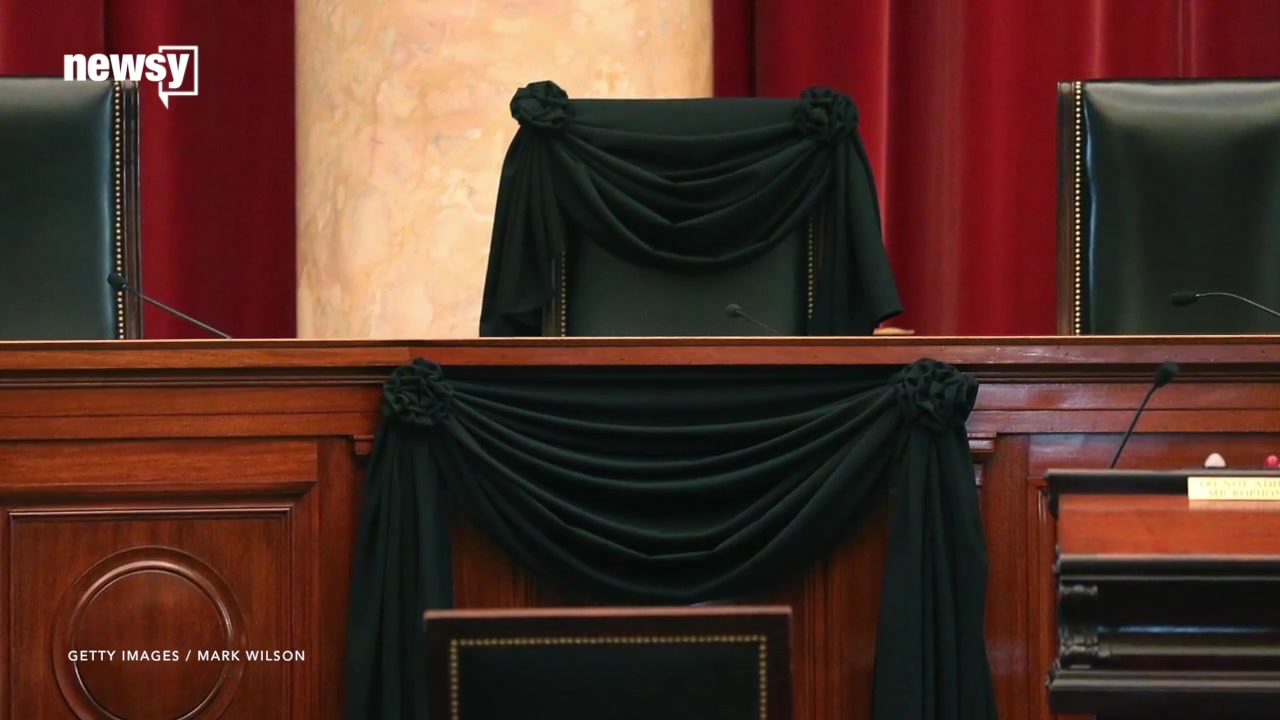 WASHINGTON (Reuters) -- Nevada Governor Brian Sandoval, a Republican and former federal judge, is being considered by President Barack Obama for appointment to the U.S. Supreme Court, a source close to the process said on Wednesday, as Obama sought to overcome Senate Republican resistance to any nominee.

RELATED: See more of Gov. Sandoval through the years:

The source, who asked not to be identified, said Sandoval met on Monday in the U.S. Capitol with Senate Democratic leader Harry Reid, at which time Reid asked the governor whether he would be interested in being considered for the high court job.

"He said he was interested," the source said of Sandoval, adding that "a number of people are being checked out" for the job.

An intense political fight has erupted since the Feb. 13 death of long-serving conservative Justice Antonin Scalia. Republicans are maneuvering to foil Obama's ability to choose a replacement who could tilt the court to the left for the first time in decades. The Republican-dominated Senate must confirm any high court nominee.

Sandoval, 52, who is of Mexican heritage and was elected governor in 2010, was in Washington for a meeting of the National Governors' Association. He spent about 30 minutes with Reid in the Democratic leader's office. The two also had talked by telephone last week, the source said.

Majority Leader Mitch McConnell announced on Tuesday that the Senate will not hold hearings or vote on any Supreme Court nominee until after the next president takes office in January.

Obama vowed on Wednesday to move ahead with a nominee and said Republicans would risk public ire if they blocked a qualified candidate for political motives, as well as diminishing the credibility of the high court.

Obama said he expected the Senate Judiciary Committee to extend his nominee the courtesy of a hearing and then vote on whether he or she is qualified.

"In the meantime, the American people are going to have the ability to gauge whether the person I've nominated is well within the mainstream, is a good jurist, is somebody who's worthy to sit on the Supreme Court," Obama told reporters during a meeting in the Oval Office.

"I think it will be very difficult for Mr. McConnell to explain how, if the public concludes that this person's very well qualified, that the Senate should stand in the way simply for political reasons."

The president said he understood the political predicament Republicans faced and said he had expressed sympathy in calls to their leaders. He said they were sheepish in their arguments that a nominee should not be confirmed until next year and predicted their posture would change.

"I think the situation may evolve over time. I don't expect Mitch McConnell to say that is the case today," he said.

Obama, who was meeting with King Abdullah of Jordan, rarely takes questions from reporters in the Oval Office. But he was ready on Wednesday and seemed to relish striking down Republican arguments against his future nominee.

Earlier on Wednesday, in a post on the independent SCOTUSblog.com website, Obama listed his criteria for a nominee including "an independent mind, rigorous intellect, impeccable credentials and a record of excellence and integrity."

In an apparent nod to conservatives who decry "activist judges," Obama said his appointee "will be someone who recognizes the limits of the judiciary's role; who understands that a judge's job is to interpret the law, not make the law."

Liberals vowed to pressure Senate Republicans into considering an Obama nomination this year, with several groups banding together to deliver to the Senate boxes of what they said contained 1.3 million signatures from citizens demanding that a confirmation process go forward after the president announces his pick.

Senator Chuck Schumer, the second-ranking Democrat in the Senate said the petitions being delivered were "just the beginning of the public rising up."

The U.S. presidential election is set for Nov. 8 and Republicans want the next president to fill Scalia's vacancy, hoping a Republican will be elected.

Obama already has appointed two Supreme Court justices during his seven years as president. The Senate confirmed his prior two nominees - Sonia Sotomayor in 2009 and Elena Kagan in 2010 - but the chamber was controlled by Obama's fellow Democrats at the time.

More from AOL.com:
Report: Clinton picks up endorsement from Senate Minority Leader Reid
Bill would allow children to shoot at any age with parental supervision
Watch a 15-person battle royal break out at Chuck E. Cheese's