Travel is risky enough as it is, especially if you're traveling alone -- holding your own in a place you've never been requires a level of strength and maturity that might not be second-nature to everyone. However, it can be unbelievably rewarding to master these skills and get to see all of the beauty that the world contains.

The reward of some of the most beautiful locations, though, may not be worth the risk.

These incredibly remarkable spots will give you some serious wanderlust and photography envy, until you see how dangerous they actually are for a traveler. So if your motto is 'do it for the Insta,' you might want to steer clear of these hazardous, gorgeous spots. 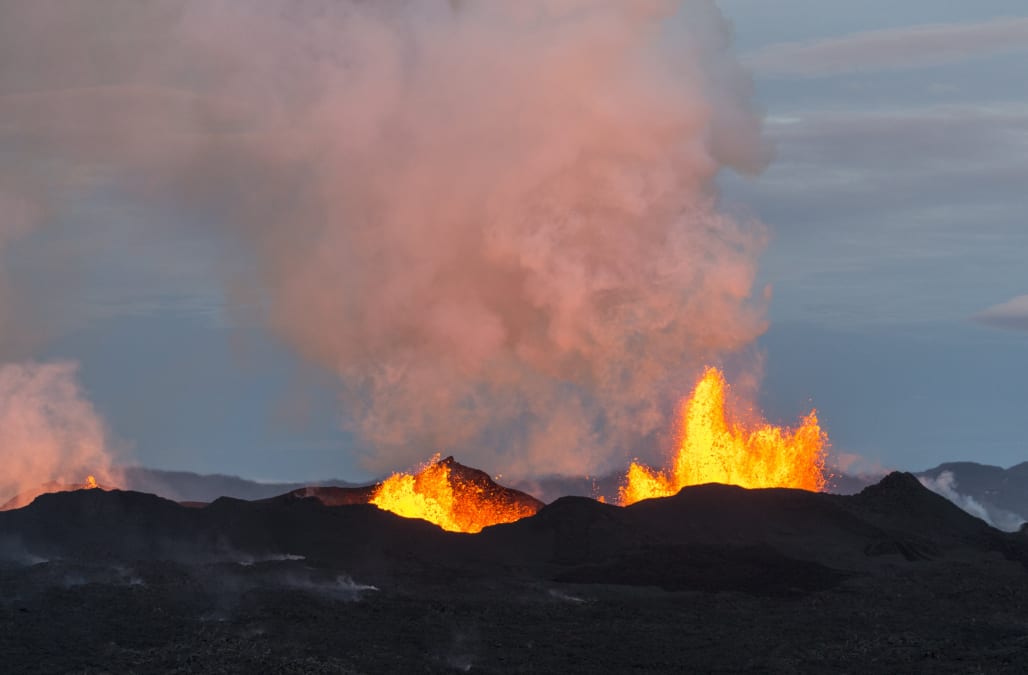 This stunning Icelandic volcano erupted in October -- but it's still active. Not only has the volcano's molten activity not ceased, but it's also causing almost daily earthquakes, making its exact reasons for such unique beauty the same reasons you should stay away at all costs. 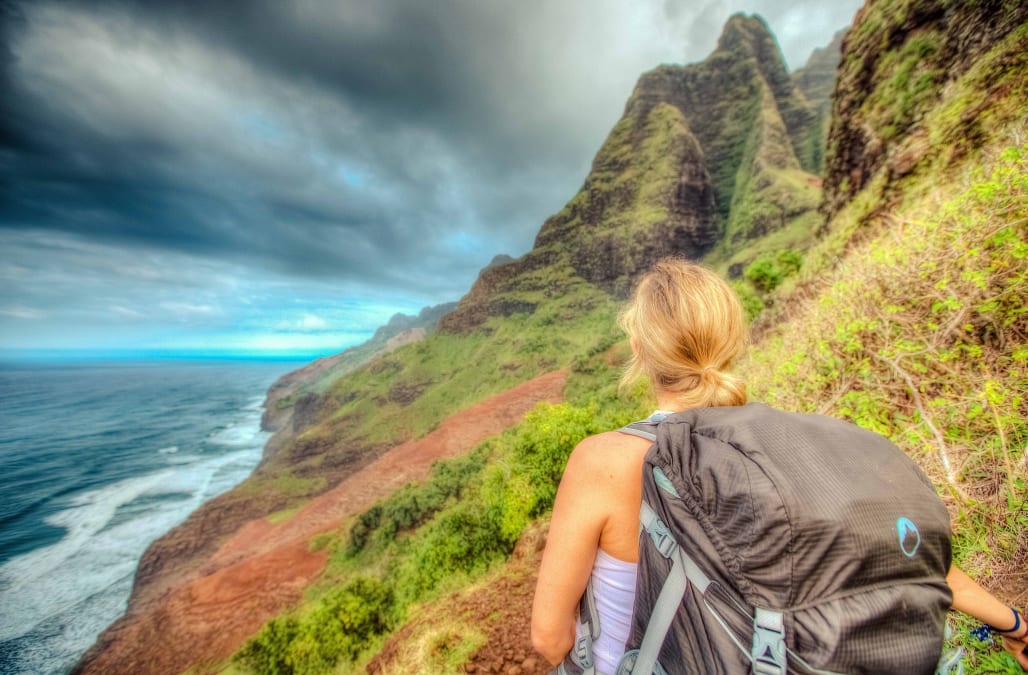 While the isolated nature of this Hawaiian island is probably in the dream journal of every adventurous hiker, there is more than meets the eye to these 'peaceful' beaches. The untouched-by-man landscape offer lots of slippery rocks and unpaved terrain, which are quite inviting to accidents that no one around can help you with because, well, there's no one around the secluded spot. The real danger, though, is the crystal-blue Pacific waters whose powerful riptides have killed over 100 people to date.

The Devil's Pool found in Zambia Africa is a naturally formed pool at the edge of the world's biggest waterfall Victoria falls. Constructed from thousands of years of erosion, Nature has created the ultimate infinity pool. During the dry season, tourist are able to lean at the very edge of the waterfall just inches from certain death. Would you do this? Tag a friend Photo by: @Natgeo #devilspool #zambia #africa #rockpool #infinitypool #victoriafalls

Victoria Falls is the world's biggest waterfall, located on the border of Zimbabwe and Zambia. On the Zambia side, a pool formed naturally on the rocky cliff, over the edge of which infinite amounts of water pour constantly. During the dry season, though, the water is calm enough for tourists to swim up against the rocks and dangle their limbs over the edge -- but one step too far in the appropriately named Devil's Pool causes (you guessed it) certain death.

Nearly 5,000 feet above the valley floor, the enormous Half Dome is home to one of Yosemite National Park's most popular, and riskiest, photo ops. While this spot is basically irresistible to adrenaline-addicted hikers, the frequent rock movement and lack of man-made support on the huge crest often dubbed 'the visor' or the 'diving board' makes adventuring to the edge more or less suicidal.

Okay, imagine '127 Hours', but 800 meters off the ground. You've got Kjeragbolten, the phenomenal boulder wedged within a mountain crevasse. Now you're probably thinking to yourself, 'no one would dare plant himself on this death trap' -- well, think again, because people line up just to get a snapshot of themselves in this perilous place. And while the rock appears secure in its spot nearly 3,000 feet in the air, we can't help but shudder thinking about 'what if...'


While potato chips are delicious and comforting, this rock is dangerous and terrifying, so it seems like the two have nothing in common. But the thin, breakable nature of this rock gives it its name. Although the rock is at the top of a four-mile hike near San Diego, California, a person would only fall about 20 feet if he or she lost balance while posing for a super special Instagram because of the foliage surrounding the spot. That may not mean death, but some definite injuries!

Located in County Clare, Ireland, one wrong step at the top of these stunningly green natural beauties means plummeting up to 700 feet to some rocky depths. And although the cliffs are being constantly watched by experts, rock falls are not uncommon at the Irish solace, and straying from the recommended trail could mean some serious risk.


Allow us to introduce you to the most dangerous hiking trail in the world. Located on Mount Huashan in China, this path consists of more or less vertical climbs, steep stairways and, as pictured above, a wood plank 'path' literally bolted to the side of the mountain. Who could resist?


Expected to crumble into the ocean within the next decade, Sydney's 'Wedding Cake Rock' is made up of ivory-colored rocks that look like they were cut out of the most exotic wedding cake in the world. However, much like cake, too much of this rock could end in disaster. With several fractures in its body, Australia's National Parks and Wildlife Service warns its visitors to steer clear of the dangerous rock. But...it's...so...pretty! 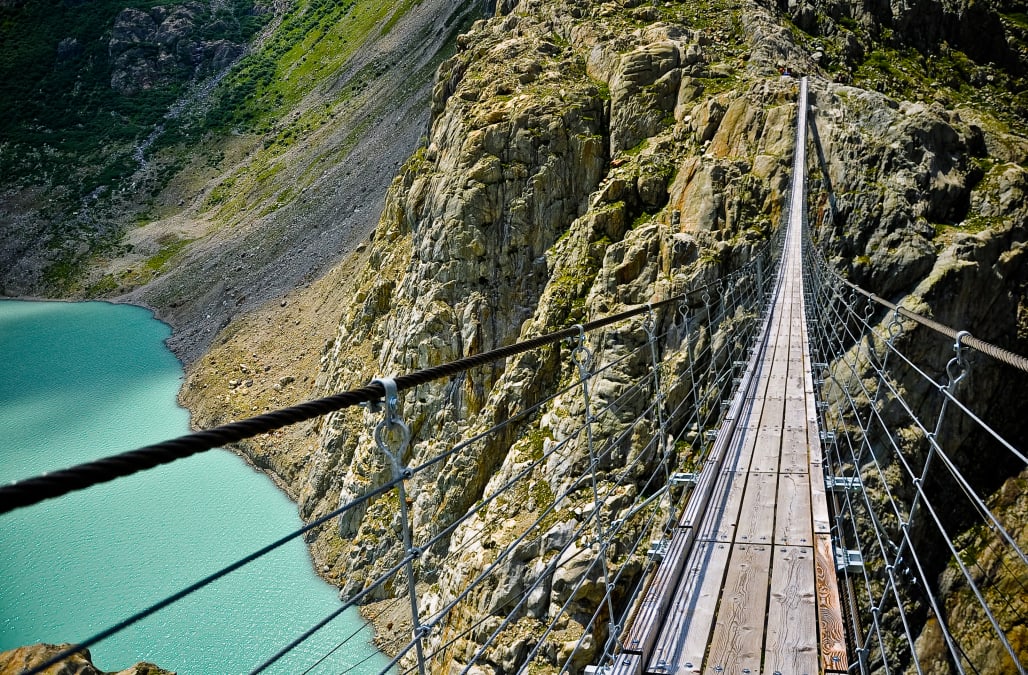 Does this look like the bridge that got destroyed in 'Shrek' to anyone else? Nearly 330 feet high and 560 feet long, this suspension bridge doesn't provide much of a barrier between pedestrians' feet and the region of the Trift Glacier. As you can see, though, the beautiful natural view that this spot provides is worth it for some adrenaline junkies to take the plunge (not literally, of course).

Beauty isn't the only thing that hides danger -- these are some of the most fun, but riskiest, locations in the world:

More in travel:
A couple who has traveled to 100 countries just got back from a crazy trip to Africa -- here's what it was like
TripAdvisor releases list of world's best beaches
Concept plane could travel from New York to London in 11 minutes
Tags
Read Full Story