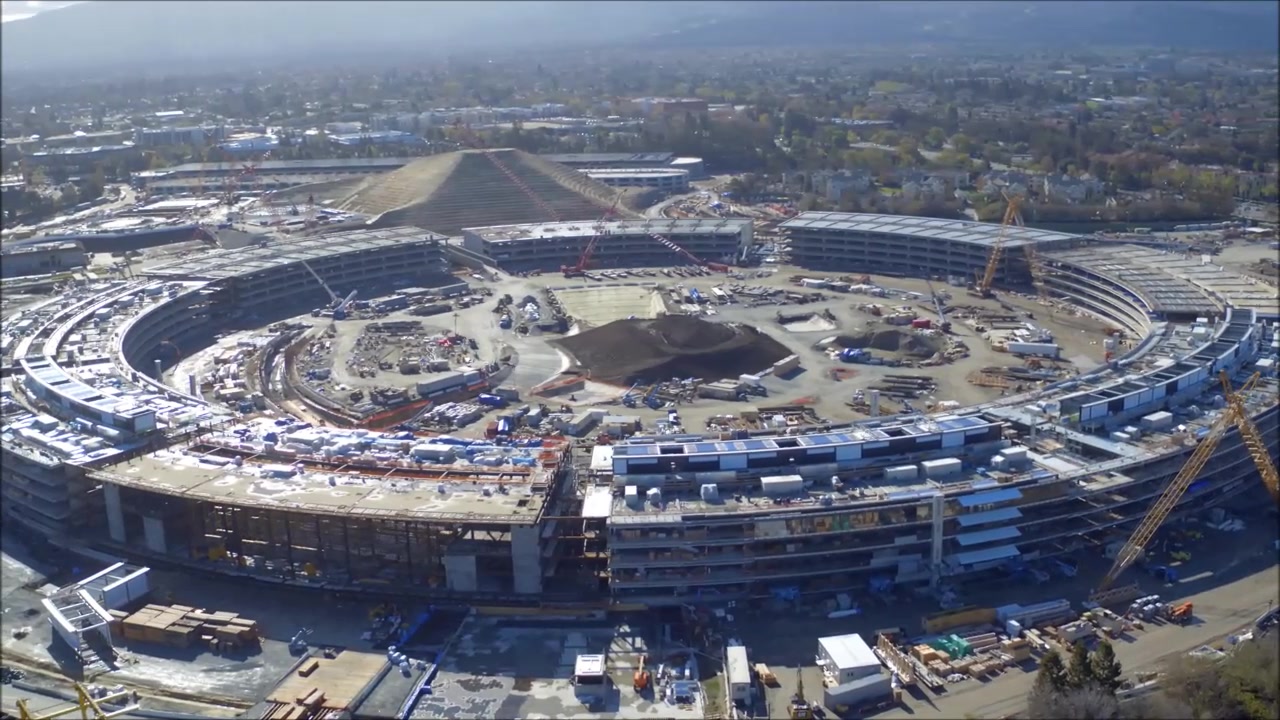 As Apple's $5 billion "spaceship" campus in Cupertino, California has started to take shape, an enormous pyramid of dirt has risen beside it.

Now we know why: none of the dirt excavated to situate Apple's new office will be removed from the 175-acre campus.

Instead, all the earth Apple dug up will become part of the building's landscaping, which will eventually resemble a natural forest.

"Hard to know which is more beautiful, the building or that pile of dirt," CEO Tim Cook told Vogue.

Apple's 12000-person campus is expected to be completed this year. Major landscaping -- building the dirt pyramid – was completed in 2014. Employees are expected to move in to their new offices in early 2017.

The process of building the campus started in 2009, and former CEO Steve Jobs said that Apple had "a shot at building the best office building in the world." Apple partnered with architect Norman Foster to design the building, which heavily features curved glass in the design -- over four miles, according to Foster.

But as important to Jobs as the building was the campus' larger landscape. When finished, the campus will be covered with natural and native grasses and trees.

Here's another look at the giant dirt pile: Here's what Apple's campus will look like when it's finished, according to design renders: RELATED: 11 of the greatest on-stage moments for Apple: