Pastor: 'If Jesus were on planet Earth today in the flesh, he'd be on Netflix'

Netflix isn't just a binge-watching paradise, but also a powerful tool for saving souls, according to televangelist Ed Young.

Young is one of four Christian pastors to have their sermons added to Netflix's content library late last year.

"I believe if Jesus were on planet Earth today in the flesh, he'd be on Netflix," Young told the Colorado Springs Gazette. 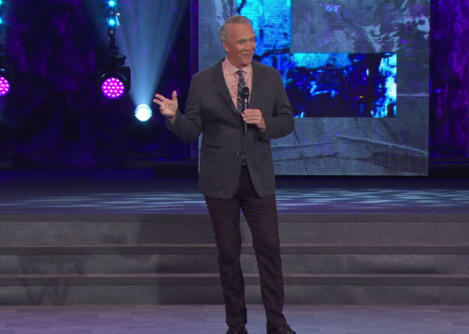 Young, an evangelical superstar, previously had a program on E! network, in addition to publishing a handful of books and hosting a podcast.

"Jesus said that we should become fishers of men. If I'm going to catch the most fish, I've got to put a lot of hooks in the water," he explained to the Gazette. "But I'm most excited about Netflix right now."

Young was the main driver in getting Christian lectures onto Netflix, and helped bring the other pastors on board.

Though these sermons are different from much of Netflix's catalog, having a variety of "niche" content is something the Netflix sees as central to its service.

A big reason is because Netflix believes its international expansion will unlock value from niche shows.

Netflix's CPO, Neil Hunt, told Business Insider that the company has seen that variations in show preferences within countries are greater than those between countries. That means that though an evangelical Christian show, like Young's, might only appeal to a certain percentage of the US audience, it could appeal to similar niche communities in different countries throughout the world.

As of January, Netflix is operating in almost 200 countries and has moved into every major market except China.

But so far, it seems the Netflix ratings haven't been kind of Ed Young, whose video is called "Fifty Shades of THEY." On a Netflix account with no previous viewing history, Business Insider saw a rating of one star (out of five), though this could be influenced by factors like our location in New York City. NOW WATCH: A teen built a KFC chicken vending machine made entirely of Lego blocks — here's how it works