There's ladies who lunch. And then there's the power duo of Sylvester Stallone and Arnold Schwarzenegger, who have a standing date every weekend.

That's not the only thing Stallone does when he's not on a film set. The actor, a best supporting nominee for "Creed," also helps his wife's company, Serious Skincare, which is sold on HSN.

"He uses a lot of different moisturizers. He's a great guinea pig for me. It's fun to use him because he has a totally different type of skin than I do. He loves our olive oil line. Sly will try anything. He's happy to try it and give me his results," says Flavin Stallone.

She founded the company two decades ago, to deal with her own acne after available products didn't solve her problem.

"I've been with Serious Skincare for almost 25 years now. We've grown it over the years. When I step back, it's amazing because it's so difficult to do. Being naïve and thinking I could do this, I don't know that I could be that confident today. Back then I had nothing to lose," she says. 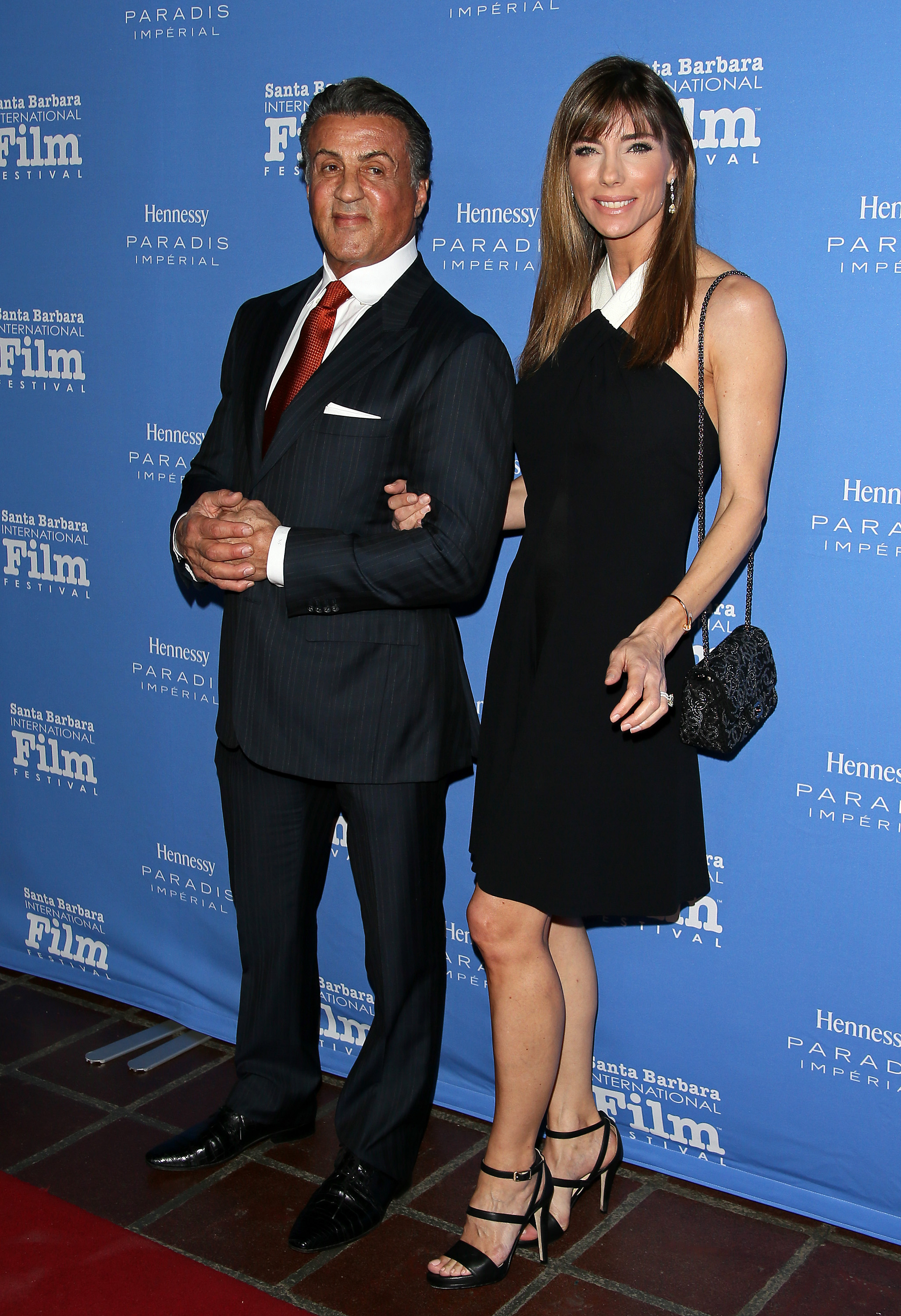 Her most high-profile role, however, is the one she plays at home -- which is currently under renovation, with a bar being added to the patio.

"My proudest achievement is having a beautiful family. I'm raising three great girls. That's my biggest accomplishment. I raised them with great values and work ethic. They're decent human beings. That was my first job," she says.

Daughters Sophia Rose, Sistine Rose, and Scarlet Rose aren't your usual Hollywood kids, who cruise from clubs to red carpets to reality shows. They lead normal lives, says their mom, and turn to her for skincare tips.

"They get breakouts, of course they do, but they keep it under control. Their friends ask me for products. At one point two of my daughters were playing volleyball and I was clearing the whole team of their acne," she says.

Which makes her what, the acne whisperer? Flavin Stallone laughs. "My husband is an international movie star and I'm the zit whisperer. I love it," she says. 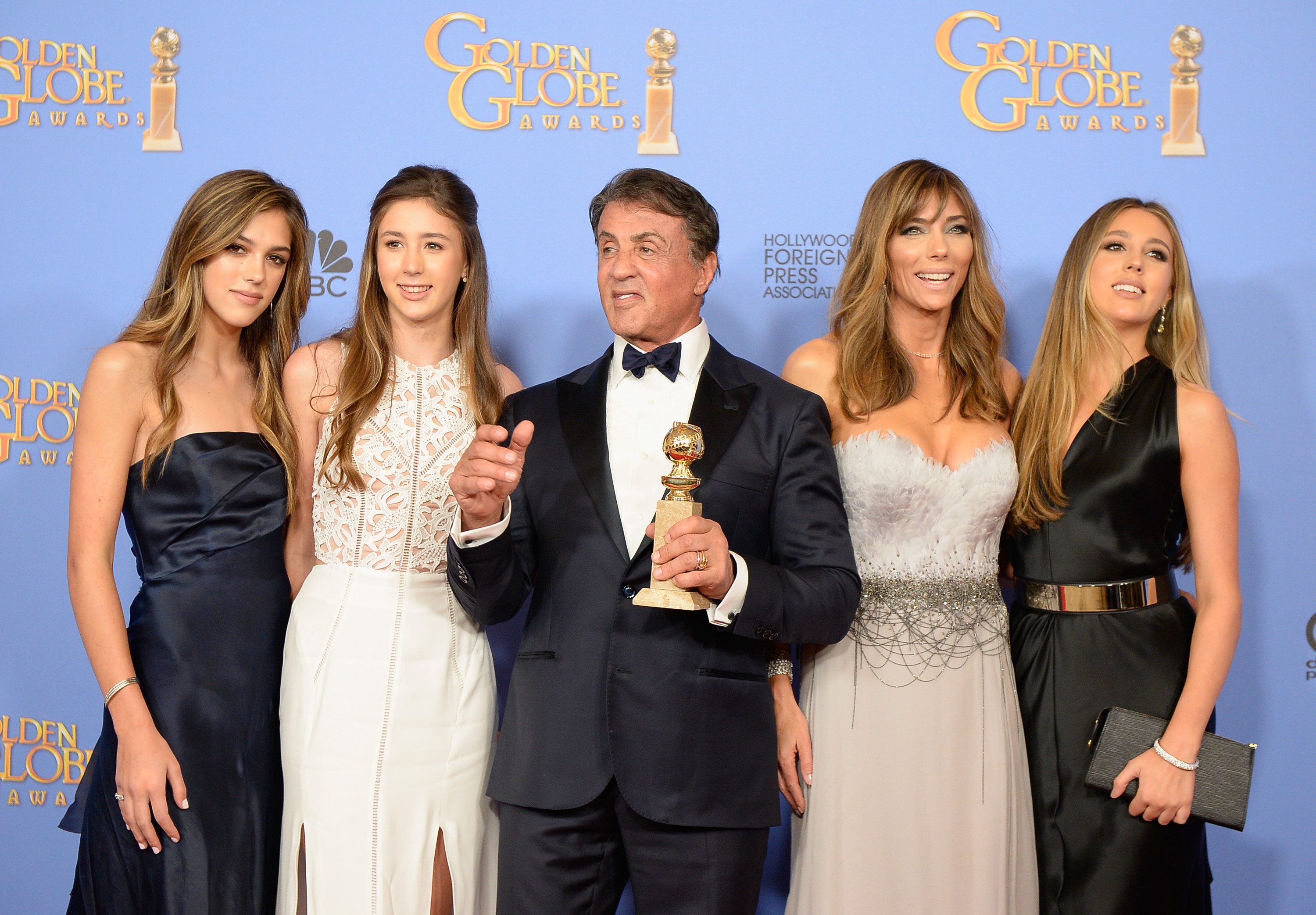 Stallone's wife is supportive of her spouse, and has no acting aspirations, which, she jokes, makes her the ideal party guest because she's not looking for work.

As for Sly, "he's really excited. I've never seen him so happy. Just to be nominated and to be in this group, is pretty overwhelming. We never thought this would happen. Especially at his age. He'll be 70 in July. I can't believe it. I've known him for 28 years," she says.