12 confessions from vegans might make you reconsider their lifestyle

Whisper
Food is fuel for human beings, and it more or less sustains the ability to have energy and drive throughout the day -- naturally, completely changing the way you eat is a huge life decision. That being said, specific nutrition plans like living gluten-free or being a vegan are prominent lifestyles (that not everyone understands). Veganism involves not eating or using animal products, and while it has the connotation of being rooted solely in moral reasoning, there are plenty of reasons to go vegan.

Several vegans took to Whisper, the popular app that provides an anonymous platform for people to share their most honest thoughts, to explain exactly what made them decide to stop eating all animal products.

1. Expensive cuts of meat and perishable dairies are wiped clean from your shopping list in a vegan lifestyle 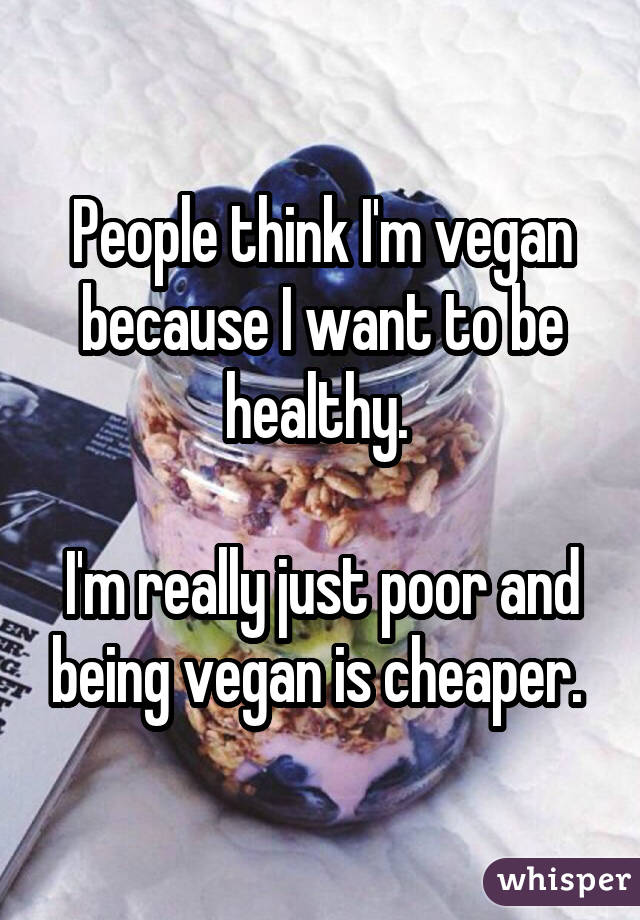 2. Going vegan is a personal decision, not a public protest to make others feel bad about eating meat 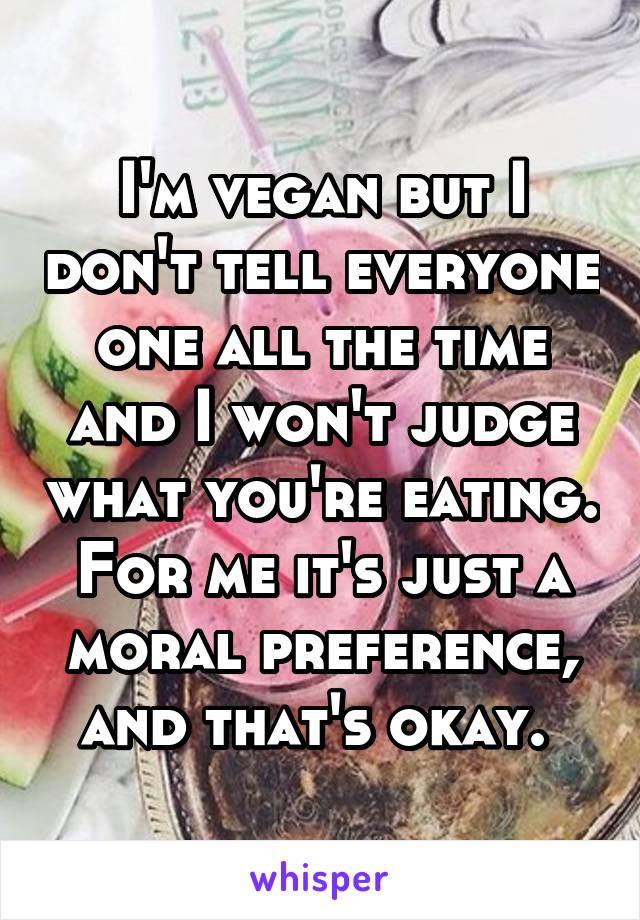 3. Feeling like your own decision isn't helping your cause as a whole can be disheartening 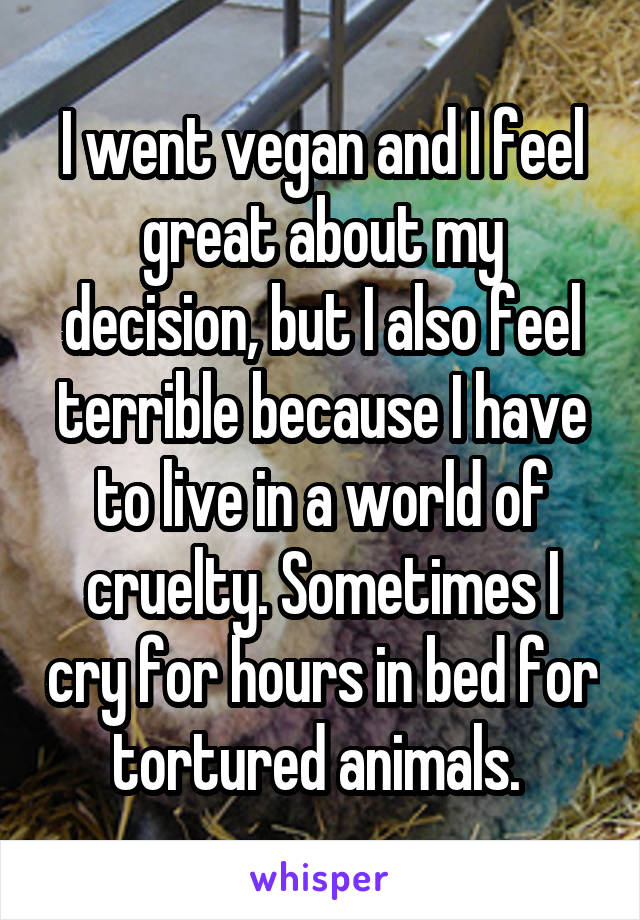 4. Sticking to a lifestyle that represents a worthy cause can induce lots of pride 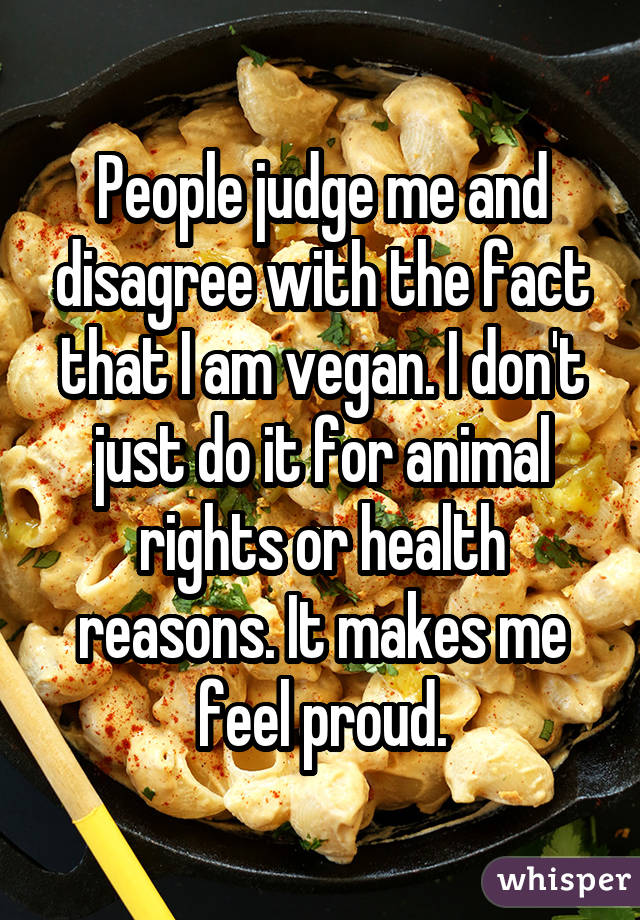 5. Eating meat is such a widespread tradition that it might seem funny that there's a group of people who don't believe in it 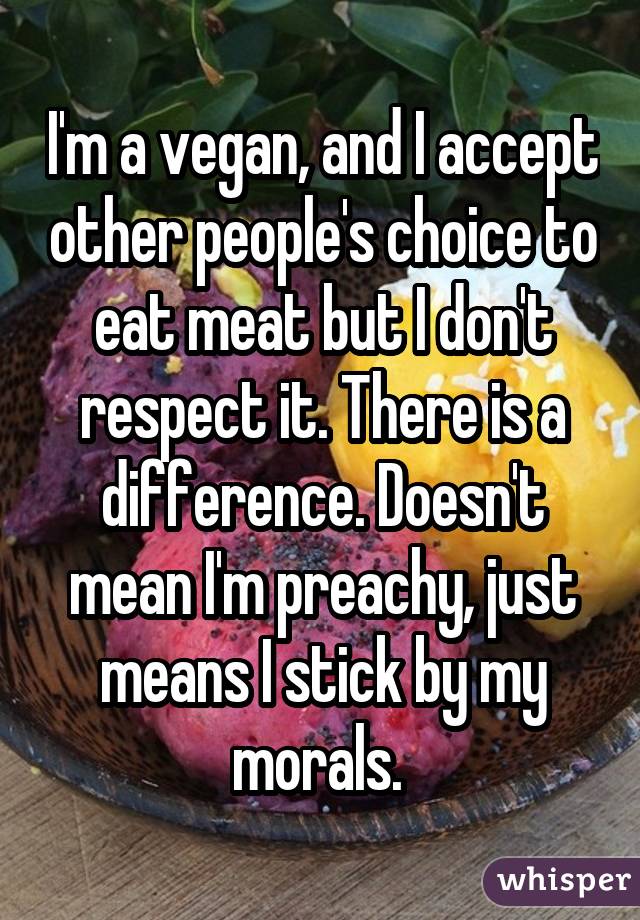 6. Veganism doesn't have to be rooted in a moral conquest, it could just simply be a great opportunity to feel healthier and stronger 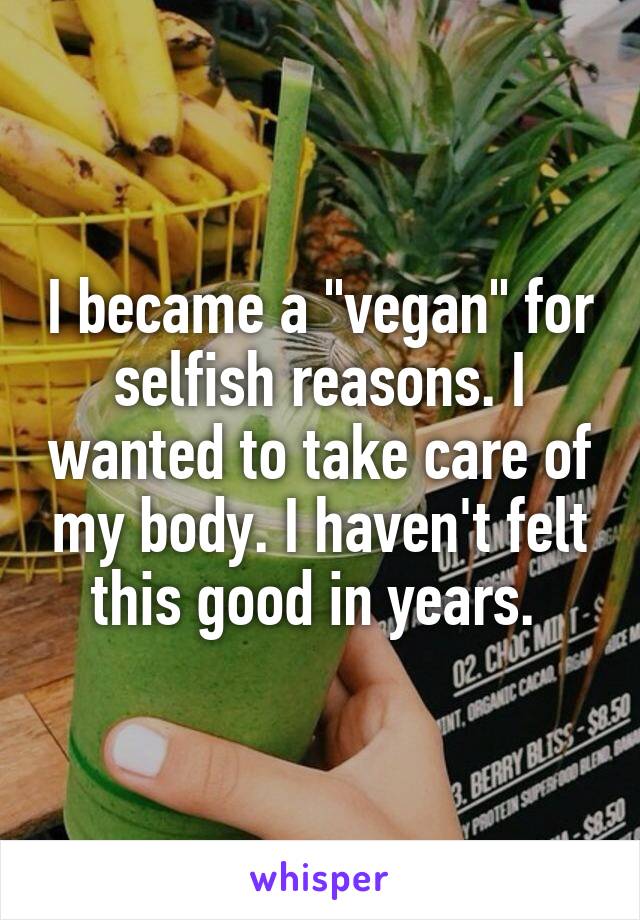 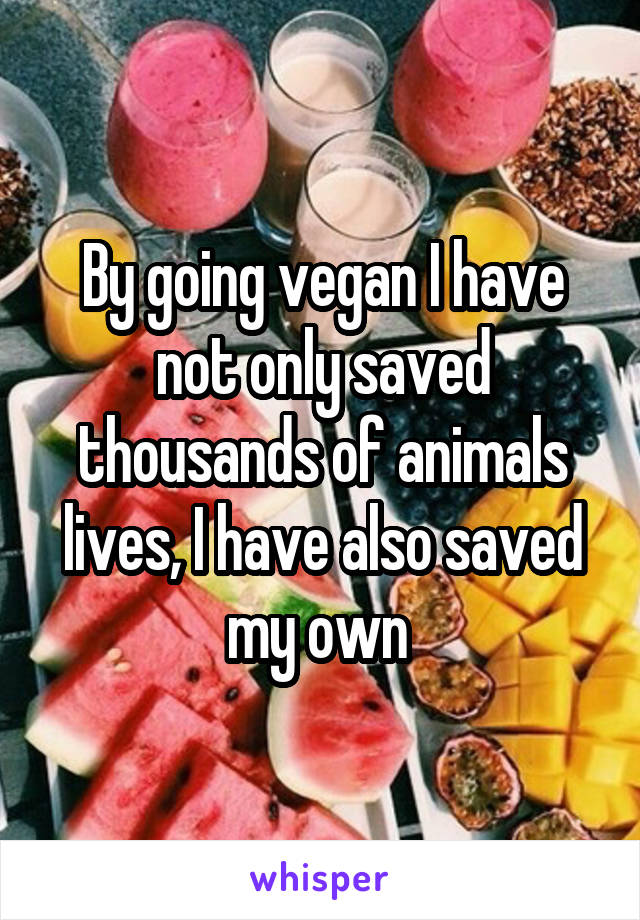 8. The idea of eating animals might weird you out if you think about it for long enough 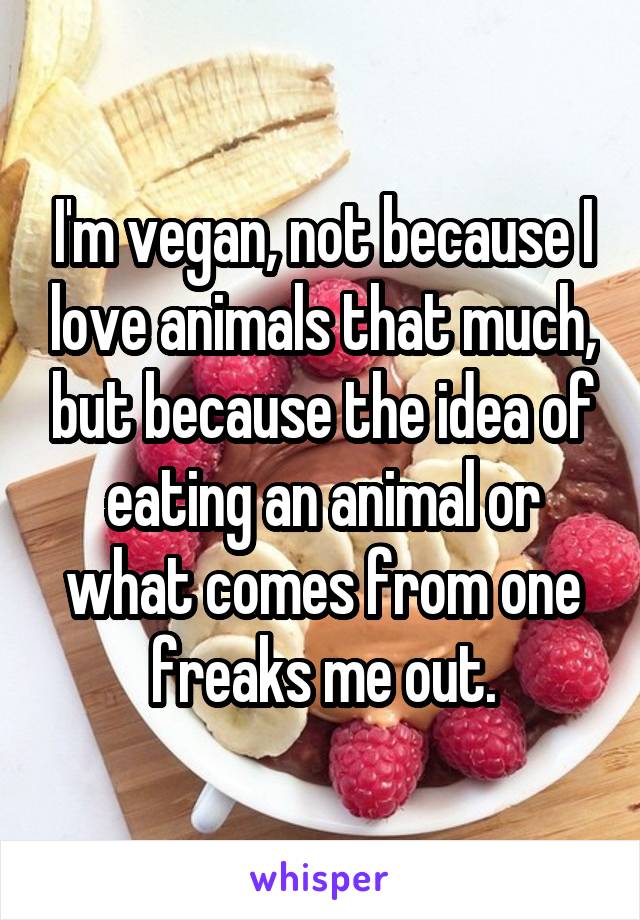 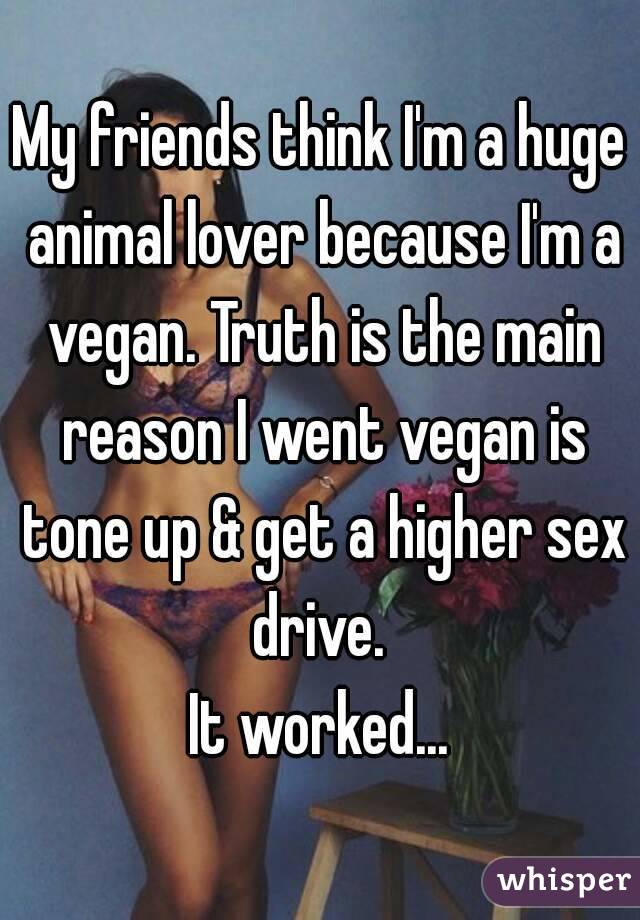 10. Being a vegan might transform from a day-to-day choice into an effortless lifestyle 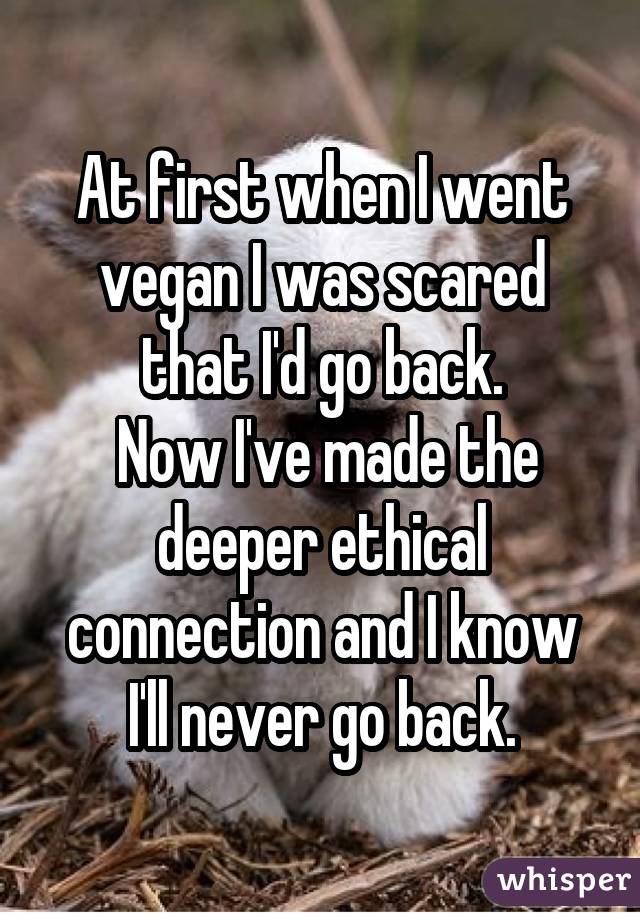 11. What begins as a crash diet might turn into a way of life once you get used to it 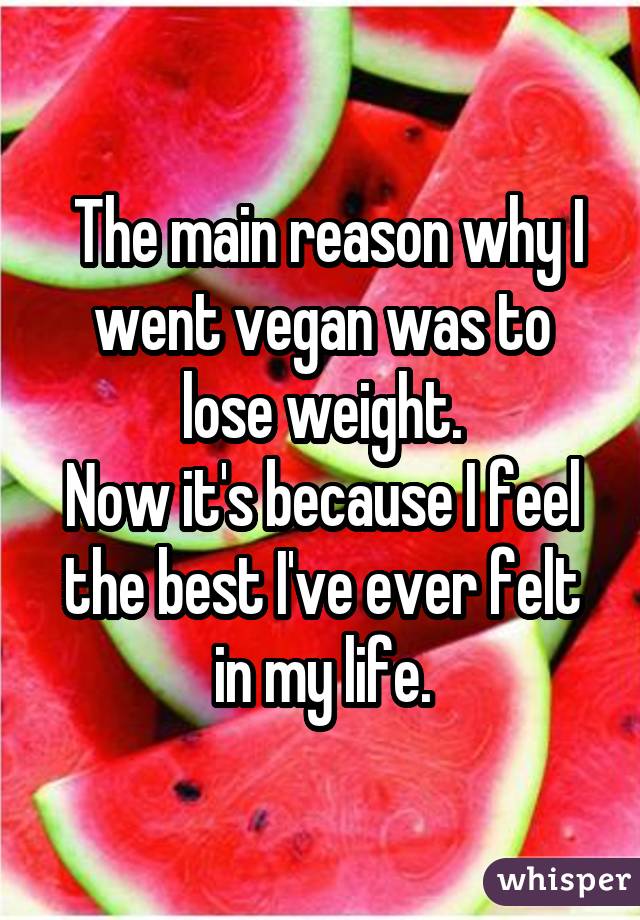 12. Protesting the slaughter of animals and the way they're treated beforehand are two completely different things 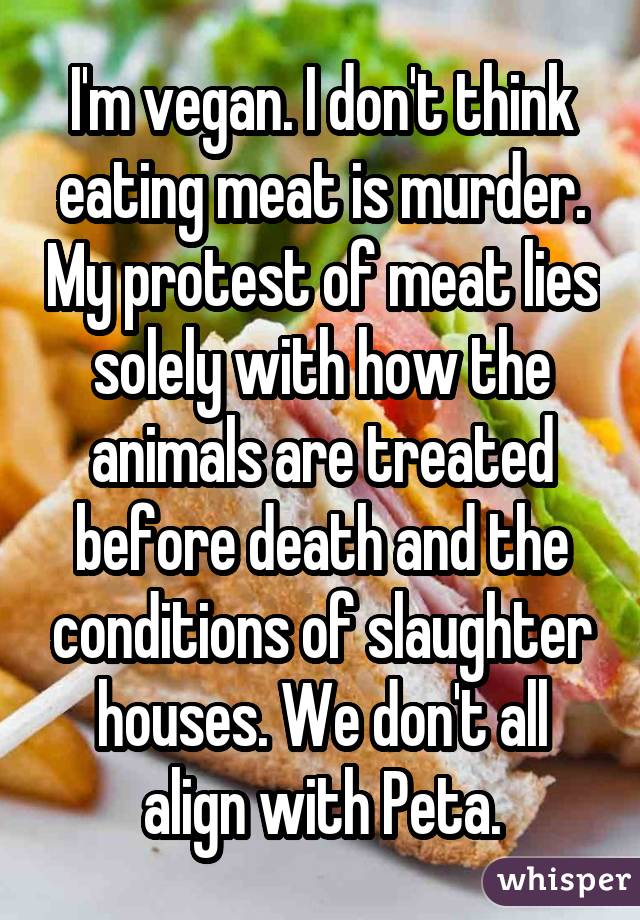 Want to hear more from vegans? Check out Whisper!

All vegan myths, debunked -- is it as healthy as you think?

More from Whisper:
10 reasons people truly love being single, even on Valentine's Day
12 male nurses open up about the stigma that comes with their career
10 couples reveal the excitement and stress that goes into trying for a baby
Tags
Read Full Story