The coldest air of the season is poised to plunge into the Northeast this coming Valentine's Day weekend. This Arctic blast will not only flirt with some daily records, but will also bring subzero cold to parts of the Midwest and reinforce the cold in the Southeast.

In addition to the bitterly cold temperatures, wind chills are expected to plummet into the 20s and 30s below zero from parts of the Midwest into the Northeast. This has prompted the National Weather Service to issue wind chill watches for a large portion of the Northeast, where "life-threatening" cold conditions will be possible. 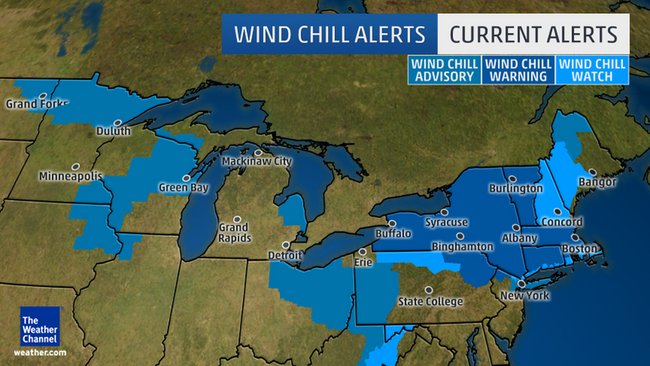 A sharp southward nosedive of the polar jet stream will help tap an air mass originating from the Canadian Arctic and send it into the eastern half of the country from Friday through Valentine's Day. 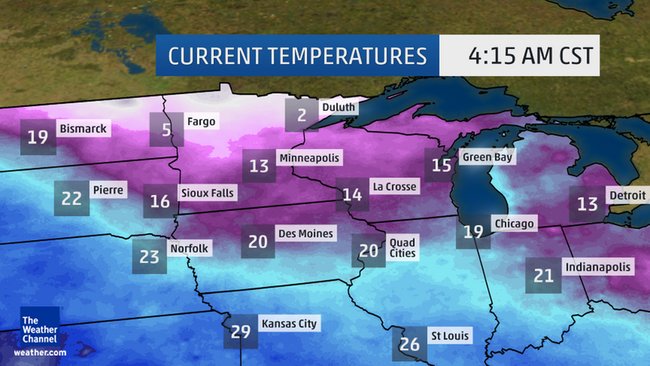 Let's first break out the timeline of shivering details, then explain why it won't last long. 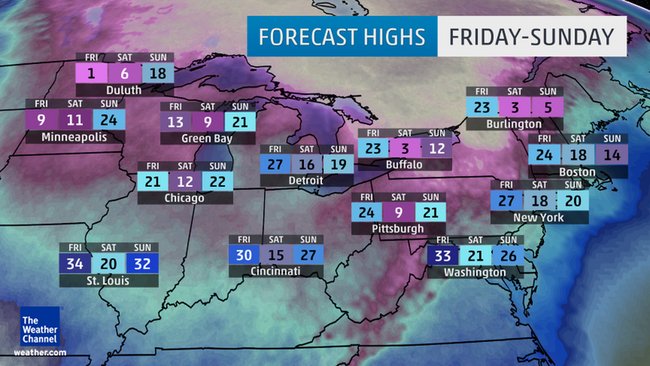 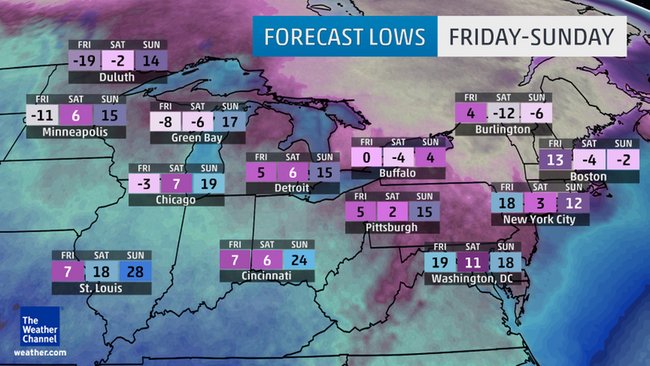 Several cities in the Northeast could see their coldest temperatures of the season so far this weekend.

Boston's Logan Airport hasn't dipped below 0 degrees yet this winter, but could do so Sunday morning. Incidentally, subzero cold is quite rare in the city of Boston. They've only had nine subzero lows so far this century, three of which occurred last winter.

Pittsburgh could also slide below zero Sunday morning, something that happened nine times last winter, but happens, on average, only twice each year.

Why This Won't Last Long

Now for the good news, if you're already starting to get a little winter fatigue. The bitterly cold air will be very short-lived. Temperatures will already begin to warm up a bit starting Monday.

Above: Forecast surface temperature anomalies (above and below average) from the Monday evening mean of the ECMWF ensemble forecast. Note how the coldest anomalies (pink, purple, blue contours) largely disappear by next Tuesday at the end of the loop.

The reason for this is another pattern shift next week.

Essentially, the large northward bulge of the jet stream bringing record warmth to the West, including California and the Desert Southwest, will break down. Weather geeks refer to this as a switch from a positive Pacific-North American oscillation to a negative one.

The corresponding southward plunge of the jet exporting cold air out of Canada into the Midwest and East will then also flatten out next week.

Again, weather geeks would say the Arctic oscillation will switch from negative to positive, meaning the winds around the North Pole will be stronger, keeping the coldest Arctic air bottled up instead of plunging south.

So, expect a February thaw after this weekend's shivering in parts of the Midwest and East by the latter half of next week.