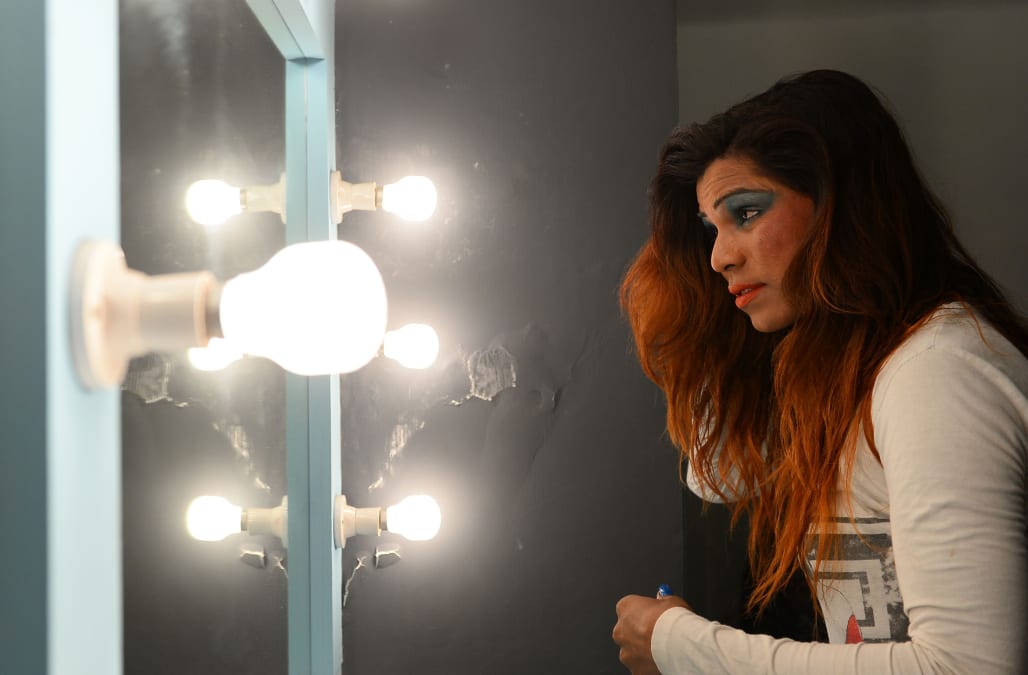 Dozens of aspiring models posed for glamour shots and strutted down a makeshift catwalk for a panel of fashion gurus on the hunt for India's next fresh face. But in a first for India, all of the models at the casting call were transgender.

Transgender activist Rudrani Chettri is working to launch India's first transgender modeling agency in New Delhi, India Today reports. Chettri plans to select five models to represent the agency, and is hoping to crowdfund about $7,000 to help pay for photo shoots and to market the agency to local brands.

Chettri has been working to integrate transgender people into India's society for more than a decade with her organization, Mitr Trust. Creating a modeling agency was a logical next step for Chettri, as she sees it as an avenue to provide visibility, employment, and inspiration for the transgender community.

"We want to become positive role models for others, so no one else has to grow up as we did, feeling like there was something wrong with them, and they were the only person in the world born like this," Chettri wrote of the modeling agency on her GoFundMe page.

While transgender women have graced the pages of Vogue and made their mark in high-end fashion ads across the United States, transgender people in India remain on the outskirts of society.

In 2014, India's Supreme Court ruled that transgender people should be considered a third gender, known as hijra, and are entitled to the same civil rights protections as other Indian residents. But these rights often go unenforced, and protections for transgender citizens are complicated by India's penal code, which criminalizes gay sex.

As a result, transgender people in India continue to face violent attacks from fellow citizens and abuse from police officers when reporting said attacks, Human Rights Watch reports. Pushed to the margins of society, transgender people are often forced into begging or prostitution to make ends meet.

Many of the people Chettri works with at Mitr Trust are struggling to get by on less than a dollar a day, after being disowned by their families or kicked out of their homes. Chettri sees the modeling agency as a way out of poverty for her community and a step toward acceptance by her Indian peers.

"We know how beautiful, how talented, how spiritual they are," Chettri wrote on GoFundMe, "and we can see what huge potential transgender people have if only people will give us the respect to let us live and work in the mainstream, not marginalize us and treat us as outcasts."

Monumental changes are being made to the modeling world in the US, too: