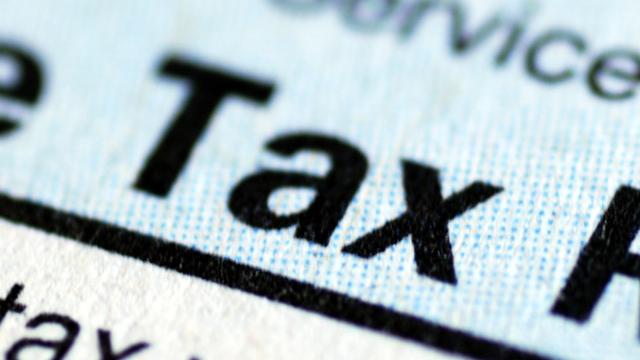 Ah, the ever-emotional process also known as filing your taxes.

Whether you come in to tax season prepared or not, it's undoubtedly a time that tests your ability to plan ahead, organize, and keep calm. More than likely, you won't execute all three to perfection.

There's no doubt you've said the following comments out loud or to yourself as you go through the stages of tax filing mania:

"It's only January, I have plenty of time!"
You're relaxed, you're casual, what even are taxes anyway? You don't care! It's so far away that filing taxes isn't even remotely on your radar, to be honest.

"The imminent act of filing is upon me and I literally have nothing ready..."
Tax season is now approaching and that creeping anxiety about getting everything done on time is starting to set in. It's essentially biting at your heels and you know you have to get moving.

No words. Just emotional paralysis.
You're screwed. You need to start doing your paperwork but you physically do not know where to even begin. It's time. It's happening.

"I HAVE A MILLION THINGS I NEED TO DO, WHY ARE THERE SO MANY PAPERS AND QUESTIONS, SOMEBODY HELP ME!"
That anxiety you felt creeping in earlier? Now it's full-fledged onset. This stage is often accompanied by screaming out loud, pulling hair, crying, etc.

"Wait, did I get all of my papers in? Did I check that one box correctly? Does it look like I'm trying to evade some of these taxes? What if I go to jail? Can I go to jail for that? WHO WILL FEED MY DOG WHEN I AM IN JAIL?!"

It's like handing in an exam in school and wishing you could grab it back and double check your answers one more time.

Who was that celebrity you heard about that went to jail for tax evasion? Because now you're convinced that's totally going to be you.

Spoiler alert: as long as you did everything to the best of your knowledge and ability, you probably won't go to jail. And even if you do, you'll find someone to walk your dog.

"I got this, I'm almost done, a few more papers and I'm in the clear. I just have to pound through the rest of it. Go me!"

"Go you" is right! Now you're on cruise control and you're on track to get everything done well and on time. You're unstoppable in the delight of the world that is tax filing.

"Thank god that's over with, now I can relax! What to do with all this stress-free free time!"
Finally, relief. Your papers are filed and sent out into the universe. It's off your back at last. Now on to more important things, like Netflix.

"When is my return coming? Is this going to be my life for the rest of my life? Yep, it is. So about that return..."
Now, you wait. You want that money. And the inevitable truth that your life will now be a neverending cycle of filing taxes and waiting for your return.

"SCORE my return was so much better than I expected! I'm buying a new dress. Or five. Probably five, why not?"
You're on a total life-high now. The possibilities of what you can spend your return on seem endless and even if you don't, having a nice bonus hunk of cash in your pocket feels pretty good. It made all of that stress completely worth it.

"Honestly filing wasn't even that bad this year. And now I don't have to think about it anymore. Well at least not for another year. But no use in worrying about that now!"
Alas, acceptance. You know you'll fall victim to the vicious cycle again when next year rolls around. But truthfully, you wouldn't have it any other way. Okay, you obviously would. But you'll never change your procrastinating ways!

As tax season progresses, so do our levels of anxiety, determination and relief.

The (only) good thing about the stress of tax season is the fact that we all have to do it. You're not alone in the land of 1040 forms!

January 15, 2016: Those who are self-employed or have fourth-quarter income that requires payment for quarterly estimated taxes must have them postmarked by this date

April 18, 2016: Requests for an extension on filling out your taxes must be filed by this date

April 18, 2016: Those who are self-employed or have first-quarter income that requires payment for quarterly estimated taxes must have them postmarked by this date

June 15, 2016: Those who are self-employed or have second-quarter income that requires payment for quarterly estimated taxes must have them postmarked by this date

September 15, 2016: Those who are self-employed or have second-quarter income that requires payment for quarterly estimated taxes must have them postmarked by this date

October 17, 2016: Today is the last chance to recharacterize a traditional IRA that was converted to a Roth IRA during 2015

January 15, 2017: Those who are self-employed or have fourth-quarter income that requires payment for quarterly estimated taxes must have them postmarked by this date


More on AOL Finance:
6 great resources for preparing your taxes
The 7 dumbest last-minute tax mistakes people make
If you live in these states, you're at a higher risk for a tax audit

Hurricane Tax Relief From Hurricane Laura: Do I Qualify?

On August 27, 2020, Hurricane Laura made landfall near Cameron, Louisiana, as a Category 4 storm. Due to its severity, the Federal Emergency Management Agency (FEMA) designated certain areas as qualifying for federal disaster assistance and enabled the IRS to provide tax relief to those impacted.

No one ever said raising kids would be a cost-effective undertaking. But, after your initial "investment" in diapers, baby food and all the other necessary bells and whistles, the financial perks of having children come at tax time. Tax credits and deductions for parenting expenses can result in a lower tax bill and a higher refund.

When it comes to making sure students have the tools for successful learning, school teachers commonly dip into their own pockets to pay for classroom materials. Fortunately, the Educator Expense Tax Deduction can offer teachers some financial relief.

Parents may qualify for helpful tax breaks on everything from child care to educational costs and even supplies, in some cases.

Hurricane Tax Relief From Hurricane Laura: Do I Qualify?