10 people explain what it's really like to have body dysmorphia

Whisper
Nearly everyone has something about themselves that they find imperfect or flawed. However, there are certain conditions where these real or perceived flaws are amplified in people's minds. Body dysmorphia is a body image disorder that allows these negative thoughts to spin out of control, even when people around you are assuring that your appearance is completely fine. The lack of satisfaction that people with body dysmorphic disorder (BDD) find in themselves can lead to a plethora of negative aftermaths, including unnecessary plastic surgery and social isolation.

Several people who suffer from BDD took to Whisper, the popular app that provides an anonymous platform for people to share their most honest thoughts, to explain what it's really like to live with this intense disorder.

1. Intention to see yourself as beautiful doesn't necessarily mean you will 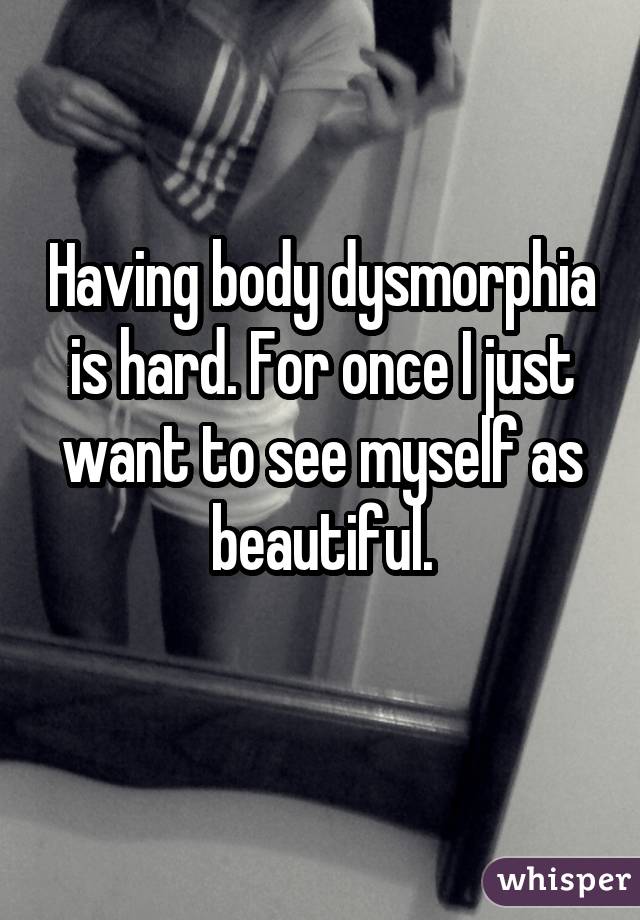 2. Next time a friend of yours doesn't take a compliment gracefully, consider what he or she might be dealing with underneath the exterior 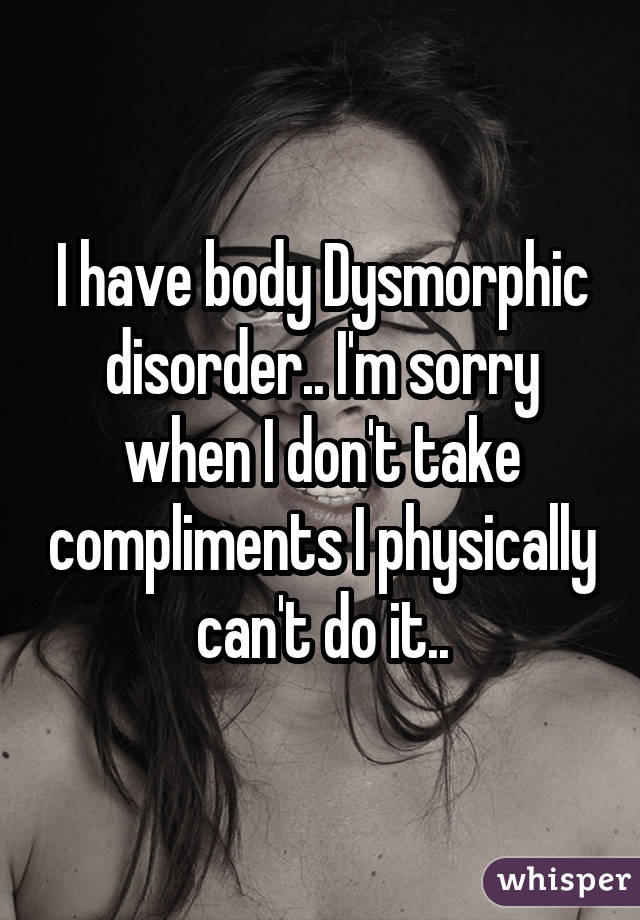 3. Turning to expensive, unnecessary surgery is a common side effect of body dysmorphia 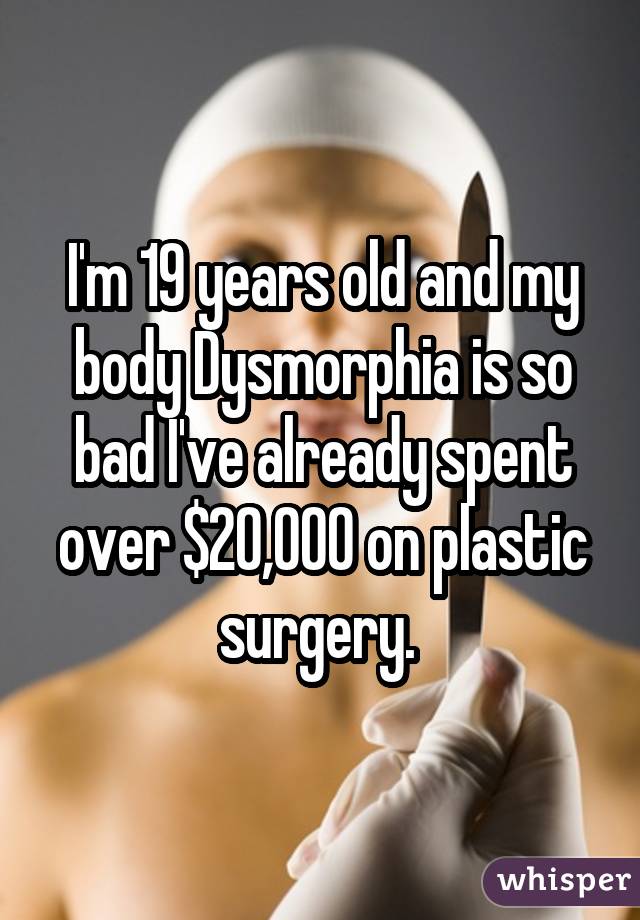 4. BDD often sets people up for failure, because they're fixing flaws that they create in their own minds 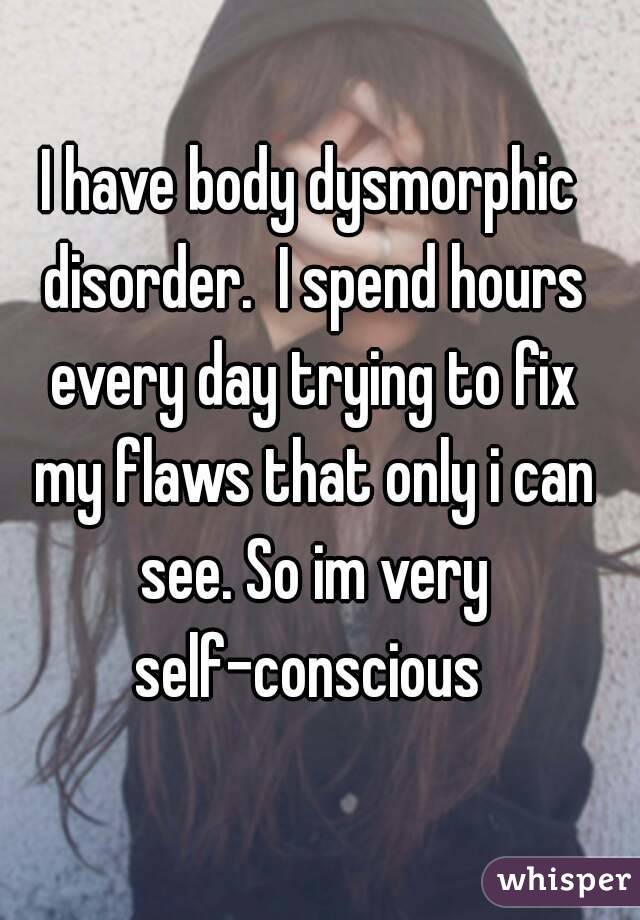 5. It's an odd quality of BDD that you can look at yourself, but not really see yourself 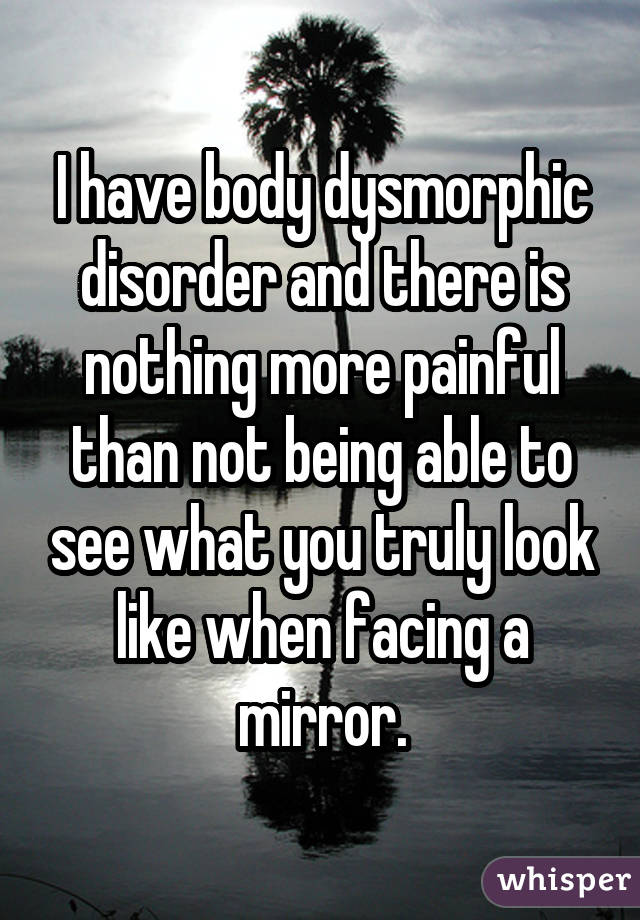 6. Several people with BDD avoid looking at themselves altogether to escape from their negative thoughts 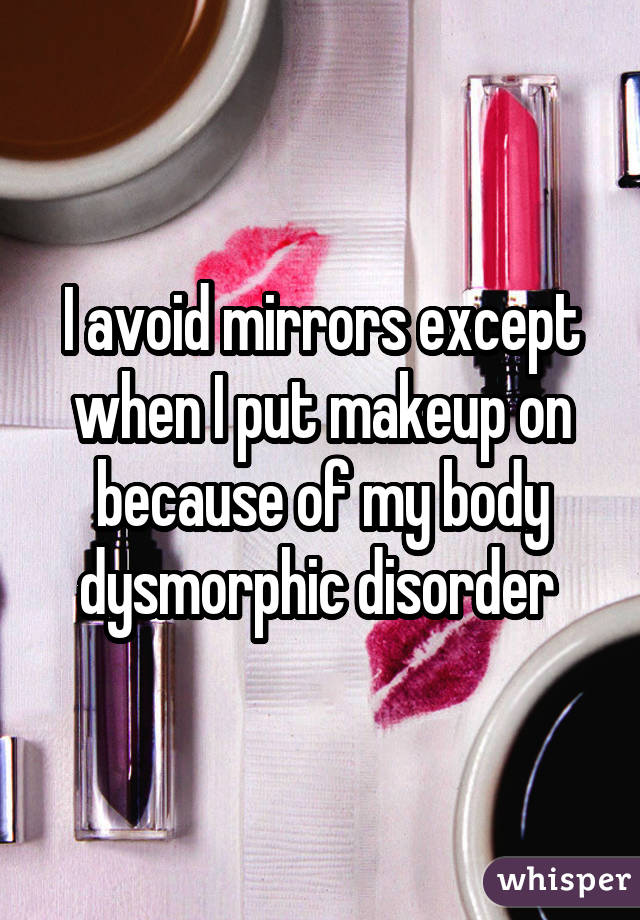 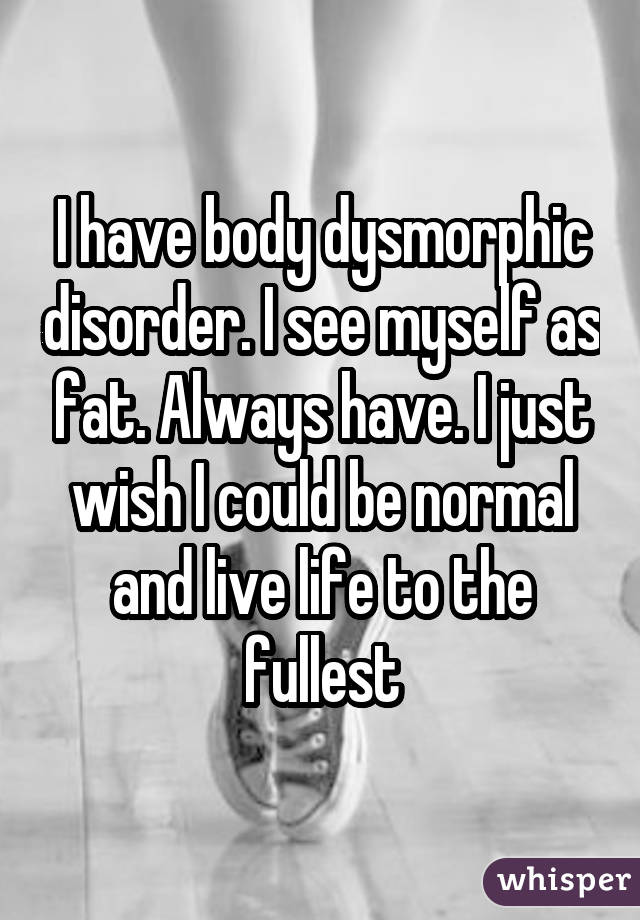 8. There might be a lot of pain behind the actions of shy people 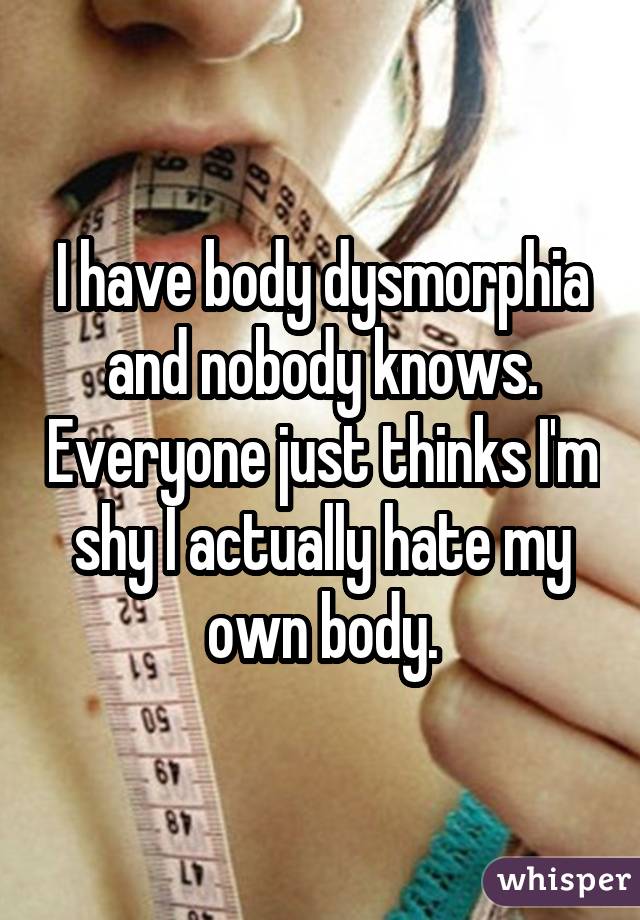 9. Feelings of confidence and pride are often fleeting when suffering from body dysmorphia 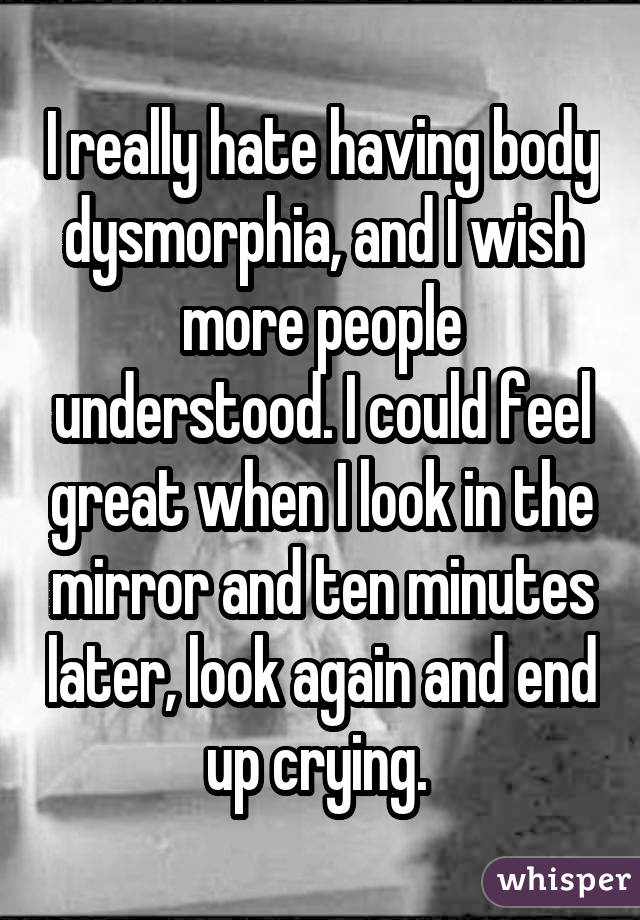 10. The insecurity that BDD might bring doesn't necessarily end in the mirror -- it can affect your relationships, too 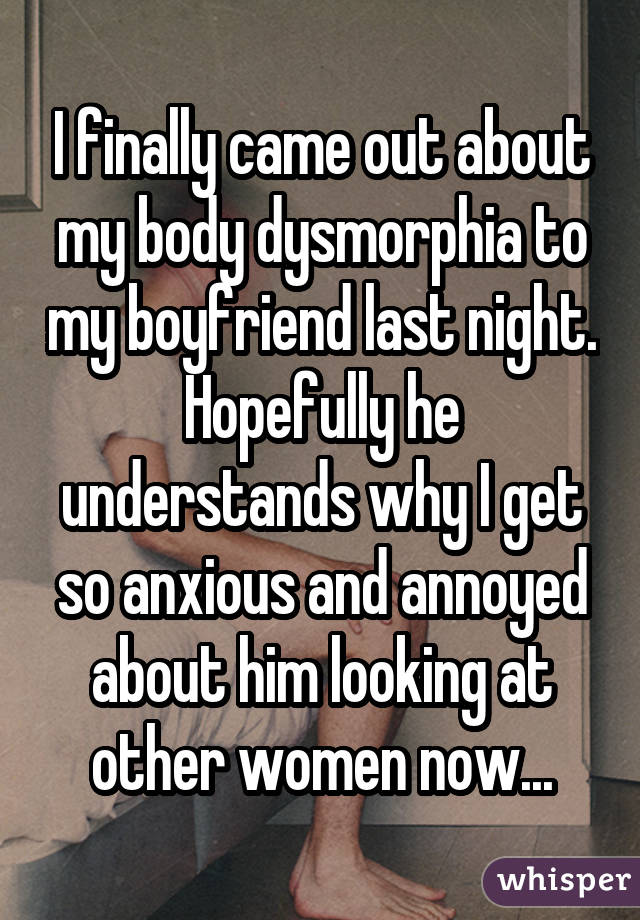 Want more confessions from people who suffer from body dysmorphia? Check out Whisper!

No one's immune to body dysmorphia, even the rich and famous:

More from Whisper:
10 real testimonies prove how strong rape survivors are
Hypochondria is no joke -- as told by real people
Undergrads reveal their fears of disappointing their parents
Tags
Read Full Story