While Hillary Clinton said she was breathing a "sigh of relief" after just barely winning the Iowa caucuses on Monday night, Bernie Sanders wasn't the only one sharing the spotlight. 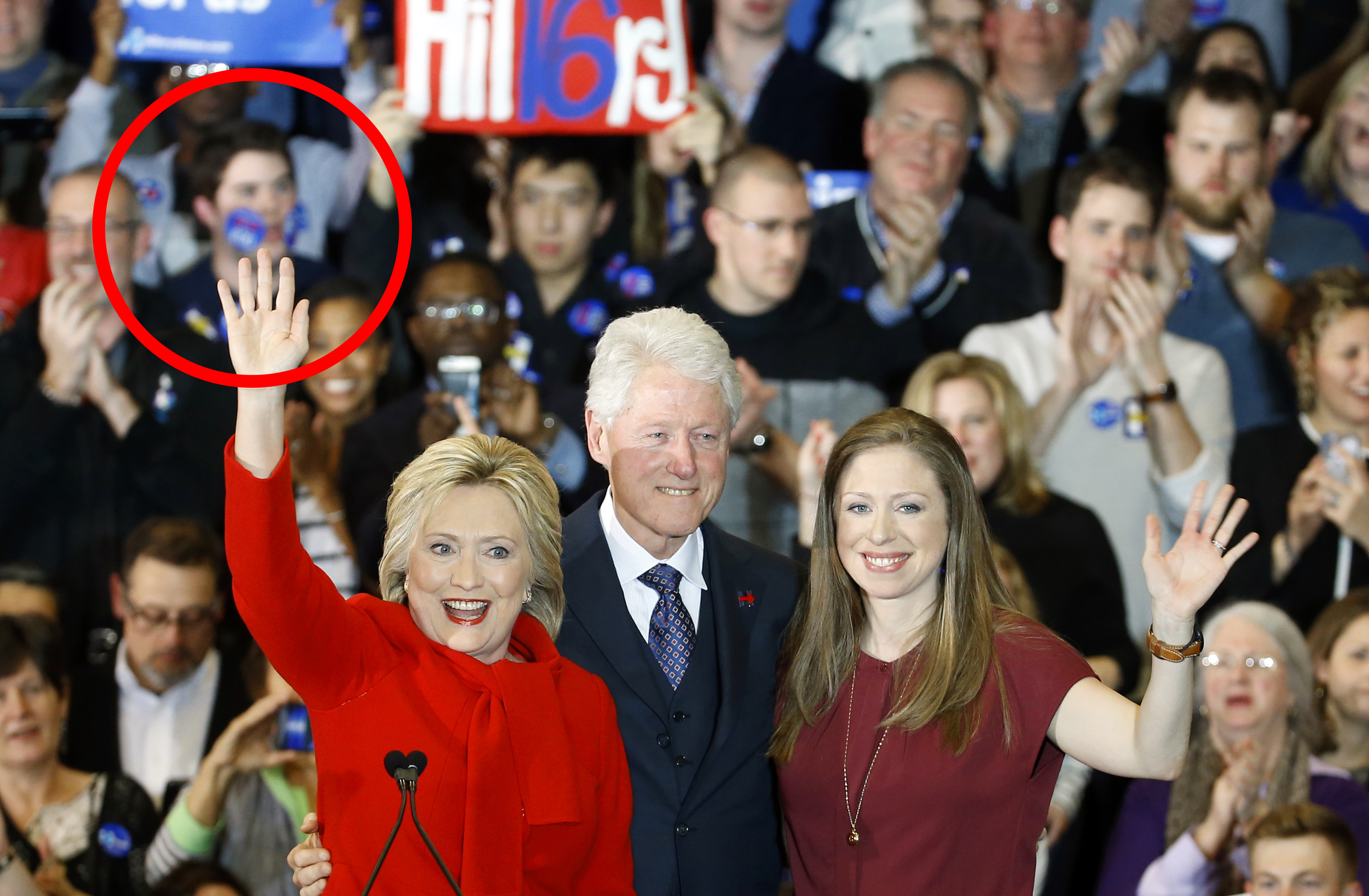 A sticker-clad college student was seen making faces behind Hillary Clinton as she spoke after the caucuses in Iowa Monday night, who quickly became known as #Stickerboy, or #Stickerkid, to those watching at home on Twitter.

We caught up with him backstage.

The culprit, we learned, is Drake University student Peter Clinkscales. He's "a simple man" who likes "pretty, dark-haired women and breakfast food," according to his Twitter profile. And he's still undecided.

It was a wise choice. Dozens of people had already texting him saying they saw him on live television.

The prankster told Mashable he had originally planned to bring a saxophone to the event.

But Clinkscales was bummed to find out that "apparently that's a security risk." He stuck with the stickers — which were free.