Hypochondria is no joke -- as told by real people

Whisper
With the countless sicknesses that infect today's population, it's somewhat impossible not to live in a state of constant caution to avoid the contraction of anything dangerous or disease-ridden. And while many, many people are tragically diagnosed every day with both common and rare illnesses, there are more than enough ways to take care of yourself and avoid being a victim of this. However, whether to live in fear is not always an option, especially for hypochondriacs.

Several hypochondriacs took to Whisper, the popular app that provides an anonymous platform for people to share their most honest thoughts, to explain what it's really like to be constantly afraid of getting sick.

Just because you know that you're a hypochondriac doesn't mean that it's easy for you to control it: 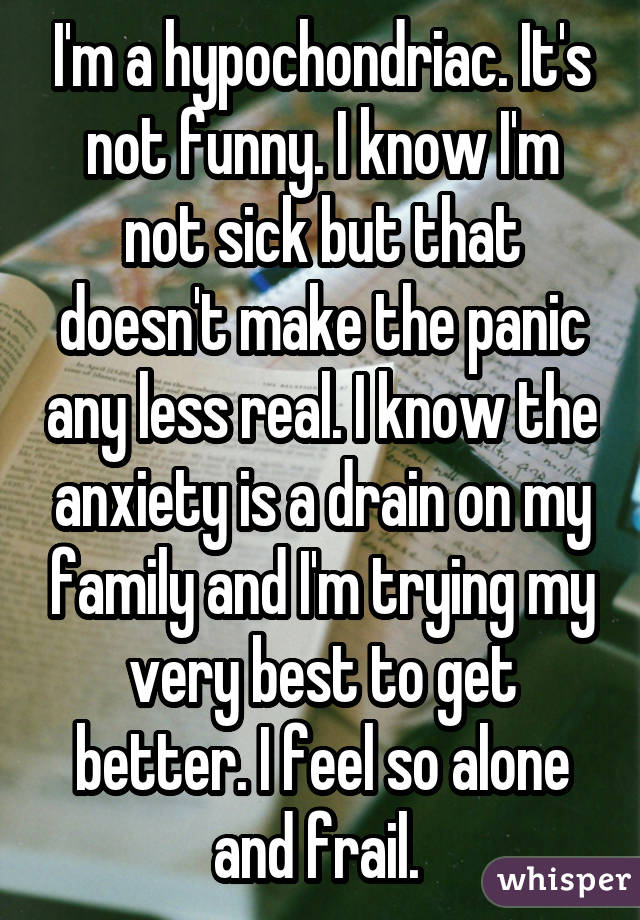 Getting over a chronic condition is difficult, no matter what it is: 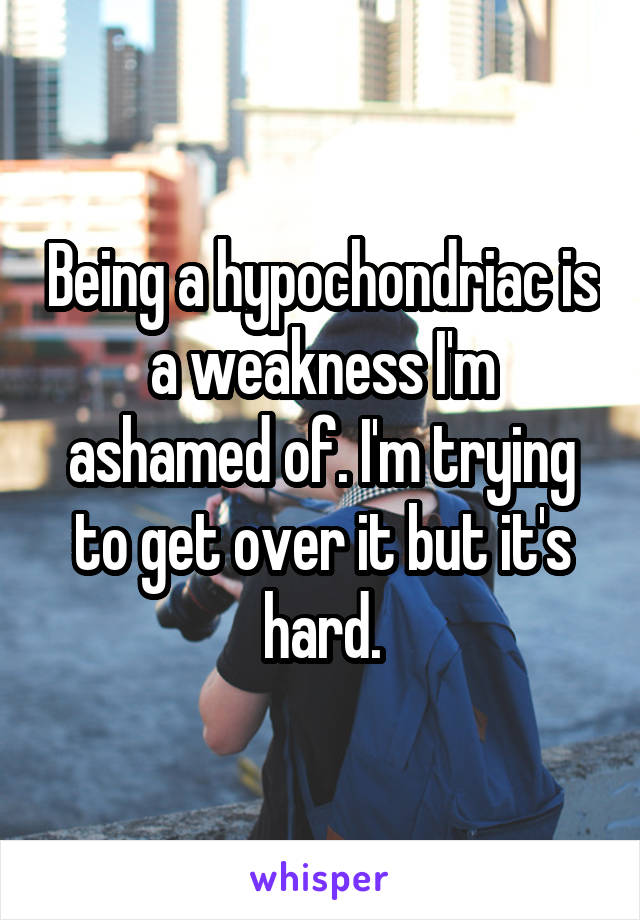 The anxiety of thinking about the things that might ail you is enough to make you sick: 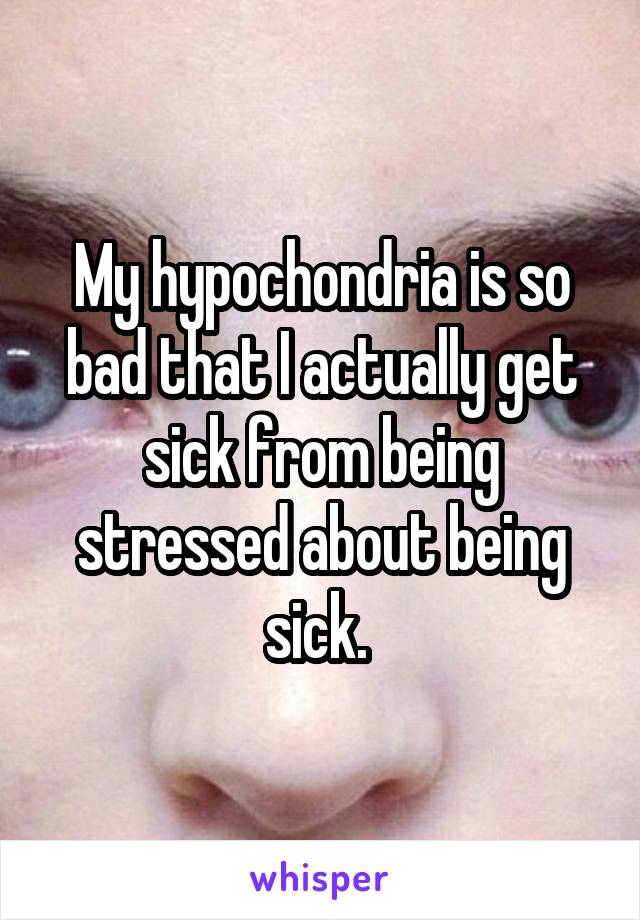 There's nothing worse than having your genuine feelings dismissed as attention ploys: 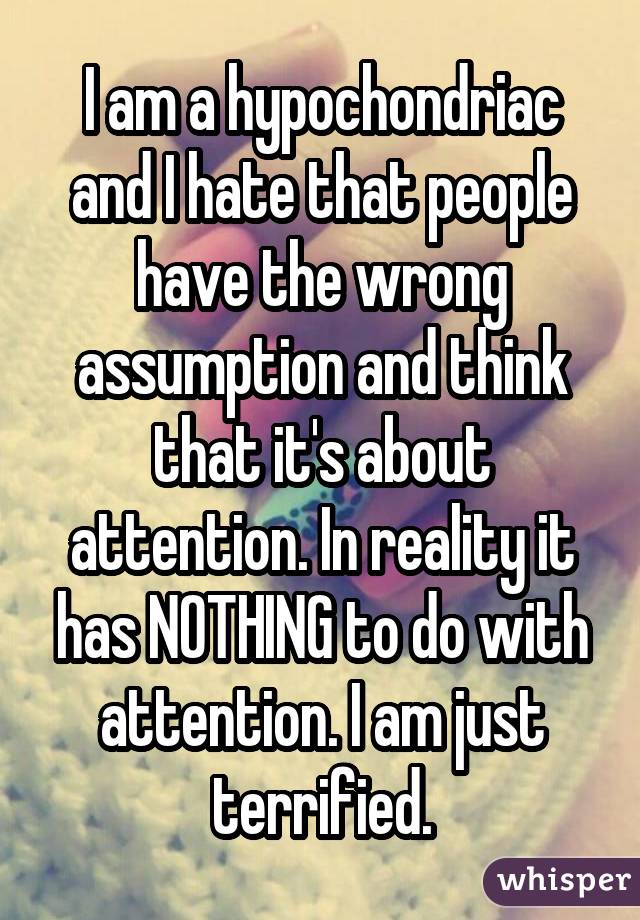 The psychological nature of hypochondria can make it a very lonely condition: 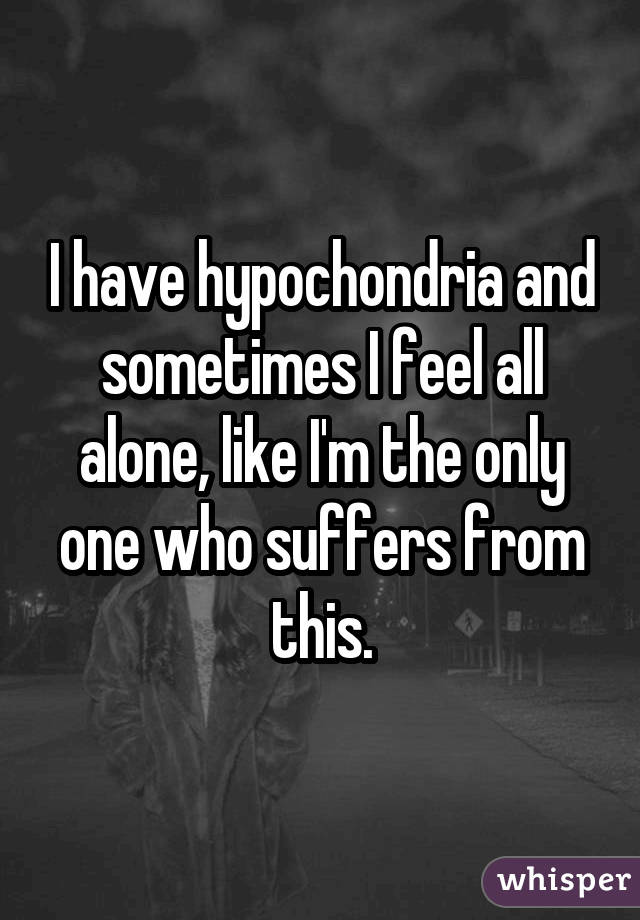 There's nothing like being around sickness that'll make you afraid of getting sick: 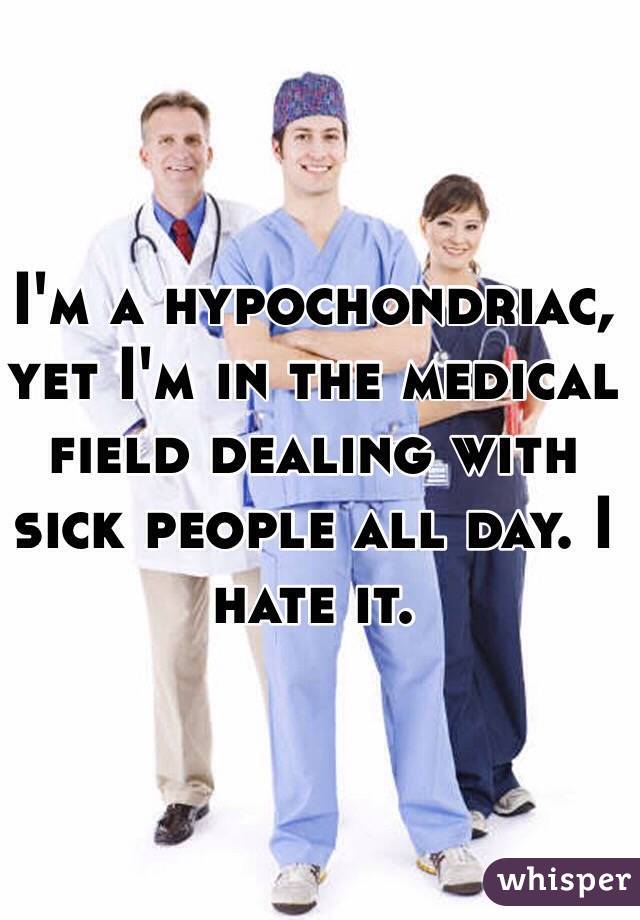 Jumping to the worst conclusions makes it nearly impossible to live life rationally: 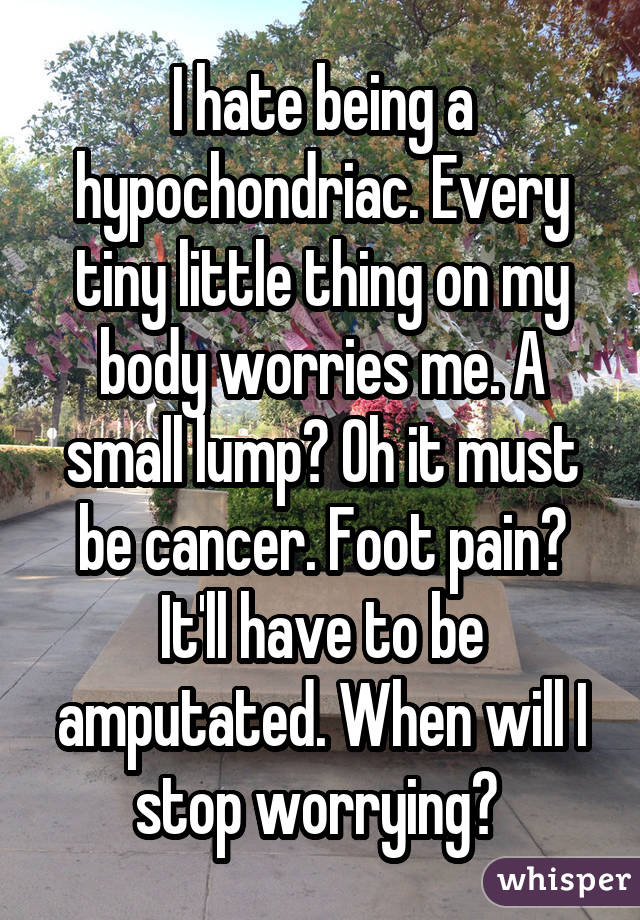 People often dismiss hypochondria, but it's just as crippling as any condition: 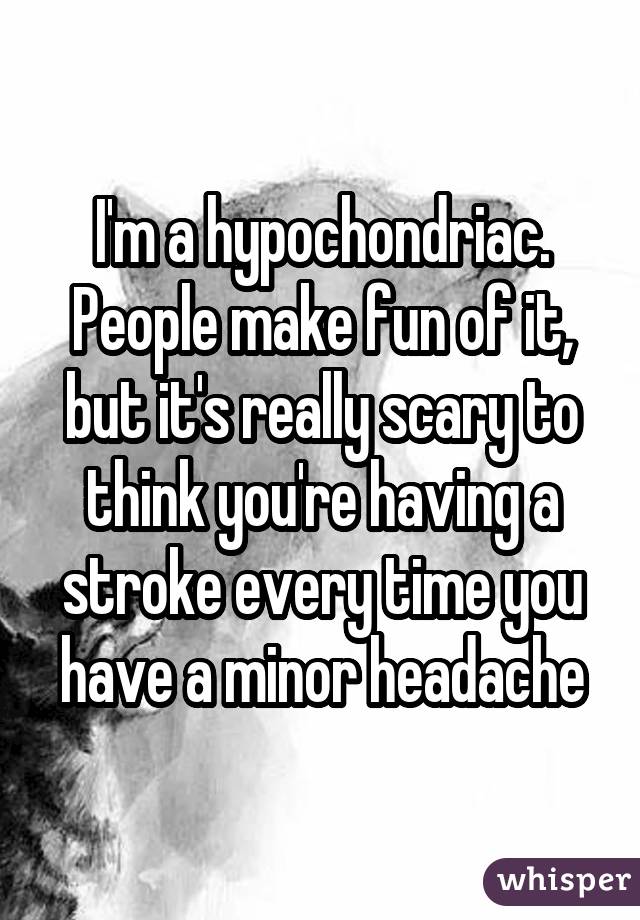 Wondering why you suffer from hypochondria can be the most anxiety provoking aspect of it: 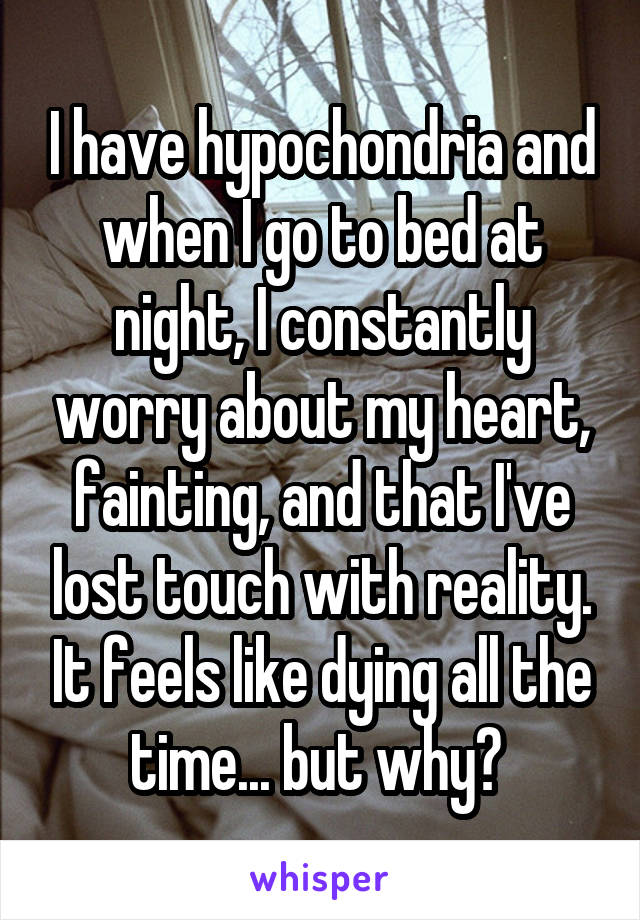 If you want to avoid thinking you're terminally ill, don't Google your symptoms: 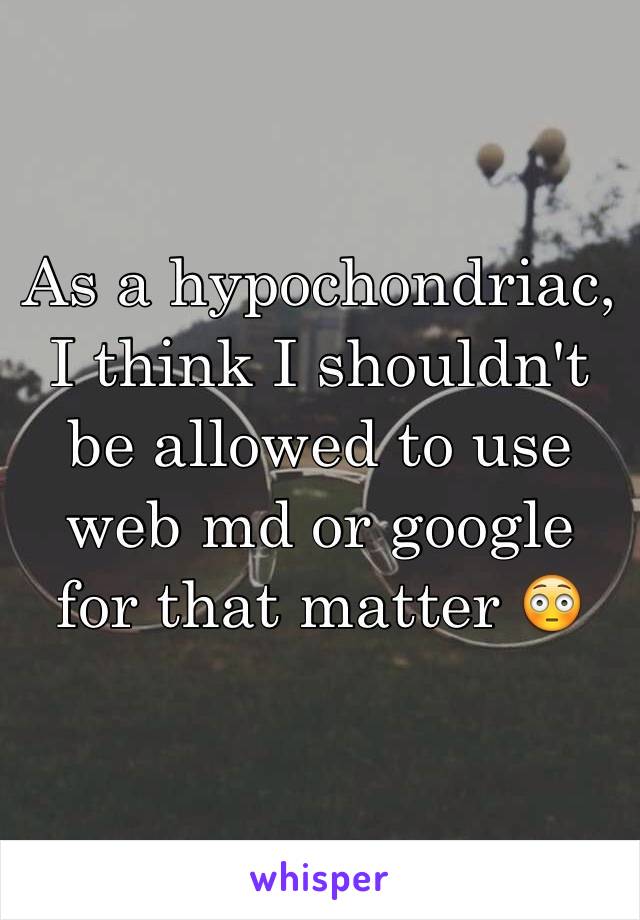 More from Whisper:
Undergrads reveal their fears of disappointing their parents
A day in the life of people who take their horoscopes a little too seriously
Zayn Malik's biggest fans confess how excited they are for 'Pillowtalk'
Tags
Read Full Story