Real confessions from people who are definitely NOT 'feeling the Bern'

Whisper
Needless to say, the 2016 presidential election has been one for the books so far -- the amount of media attention the nominees have gotten up until this point can make the race seem more like reality television than breaking news. One thing hasn't changed, though, and that's American society's extreme pride in, and extreme criticism of various candidates.

One of this year's nominees who has faced a lot of backlash in particular is Bernie Sanders.

Several Americans took to Whisper, the popular app that provides an anonymous platform for people to share their most honest thoughts, to share why exactly they're not 'feeling the Bern.' 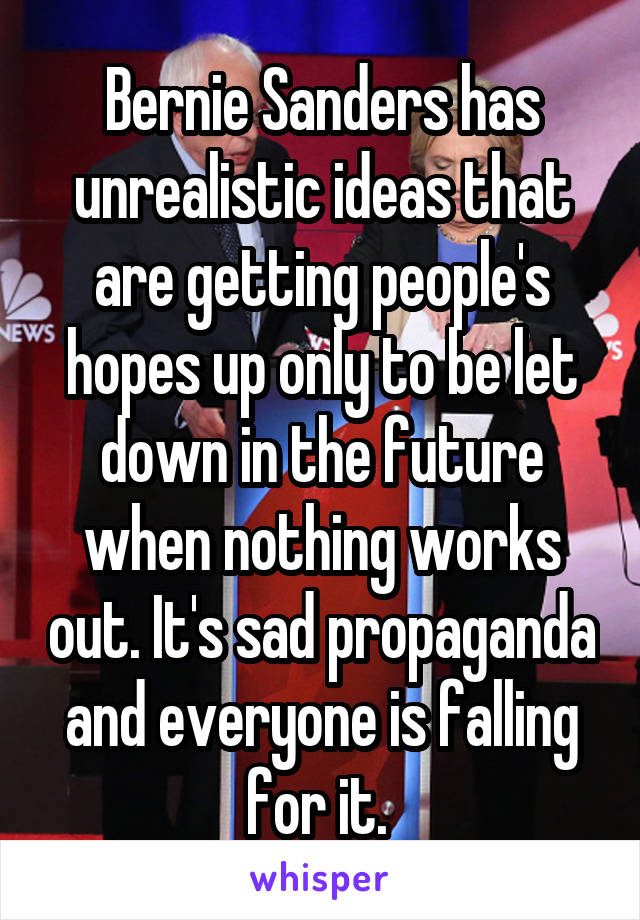 Sanders' self-proclaimed socialism is a red flag to many voters: 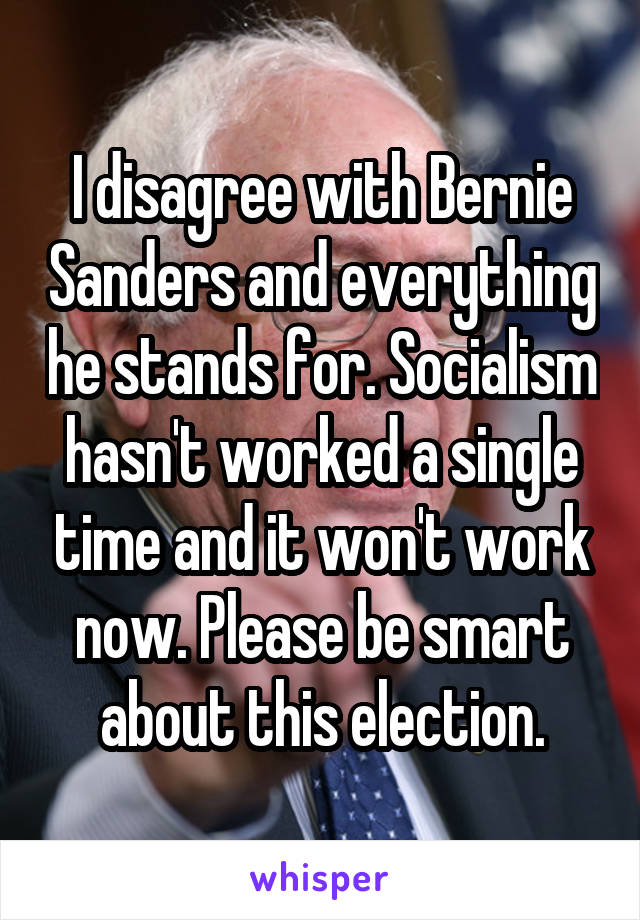 It's hard to believe that even the most down-to-earth of candidates could be playing a political game: 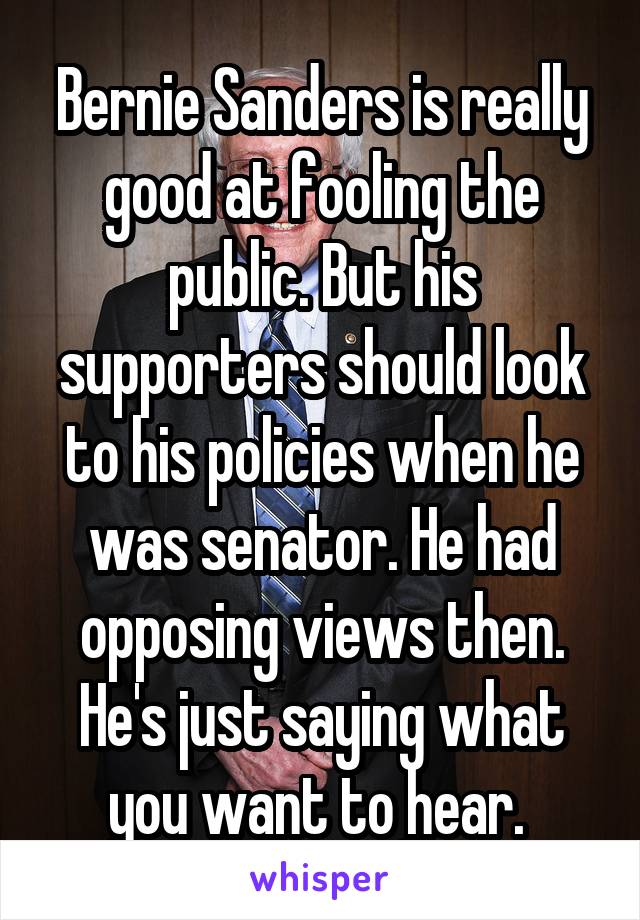 Not supporting Bernie doesn't mean that you support Trump: 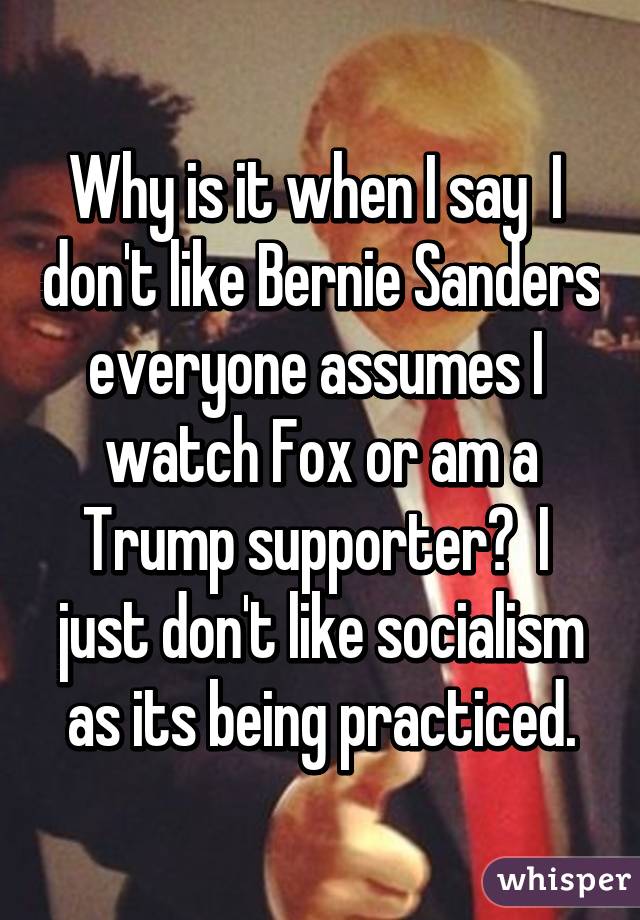 Some voters view Sanders as the extreme opposite end of the radical spectrum as Trump: 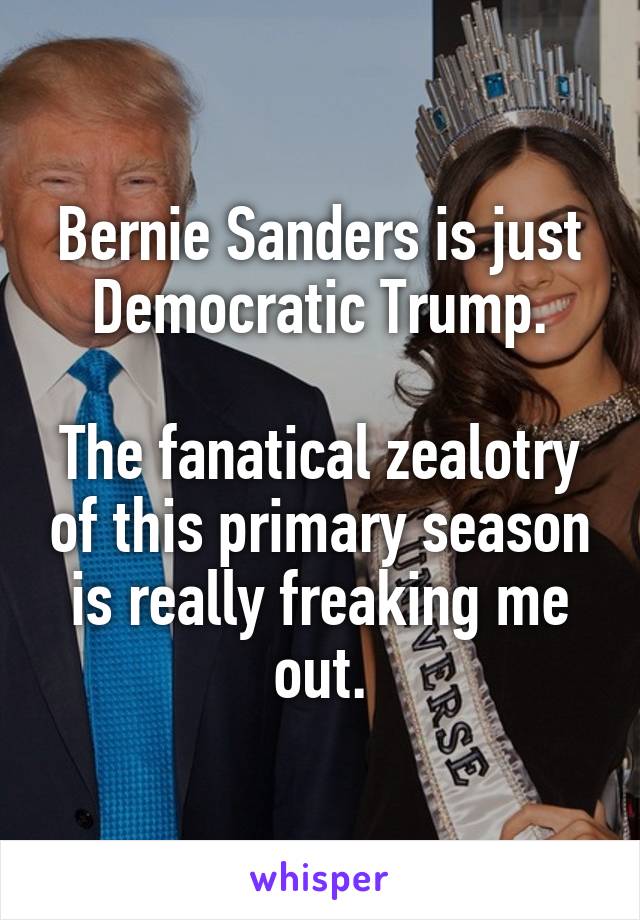 Not everyone is willing to accept or believe Sanders' modern definition of the word 'socialism': 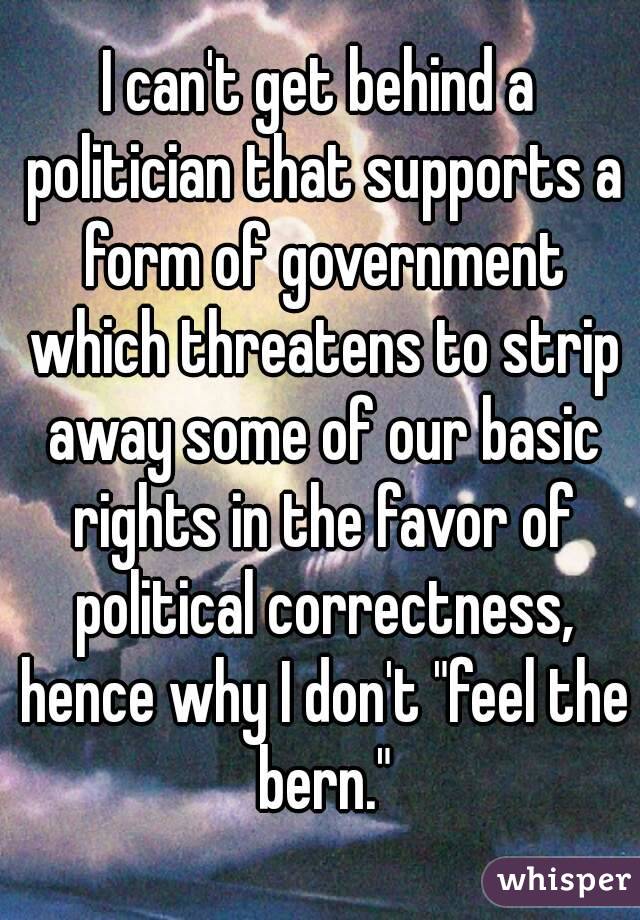 Sanders and his followers might seem a bit cult-ish to outsiders: 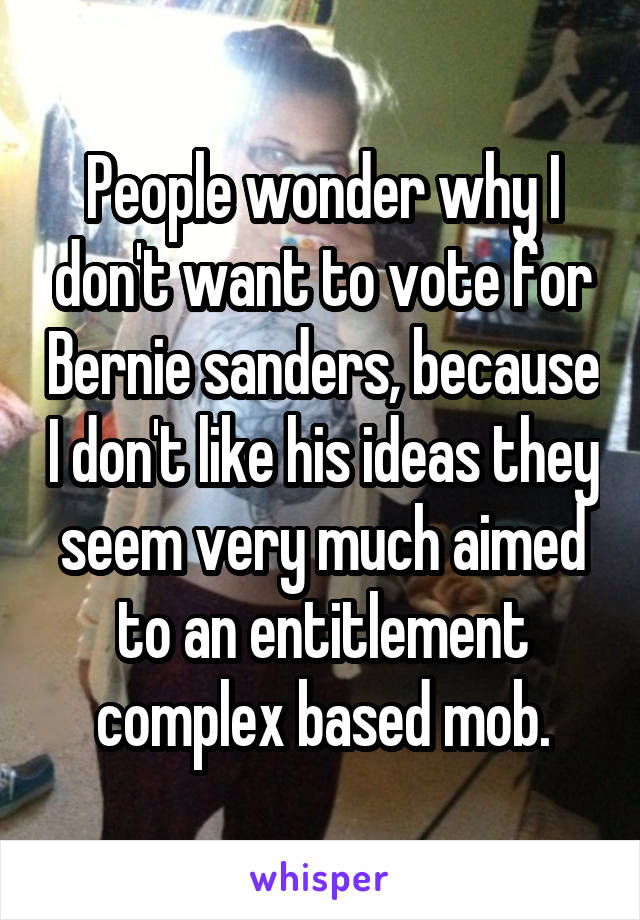 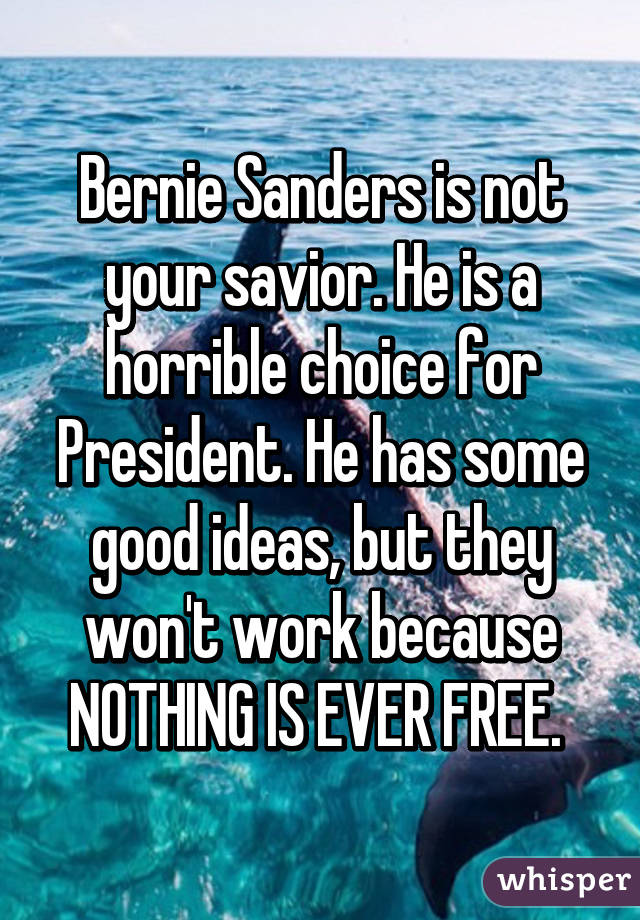 Not believing in one of your party's candidates doesn't mean you don't belong in that party: 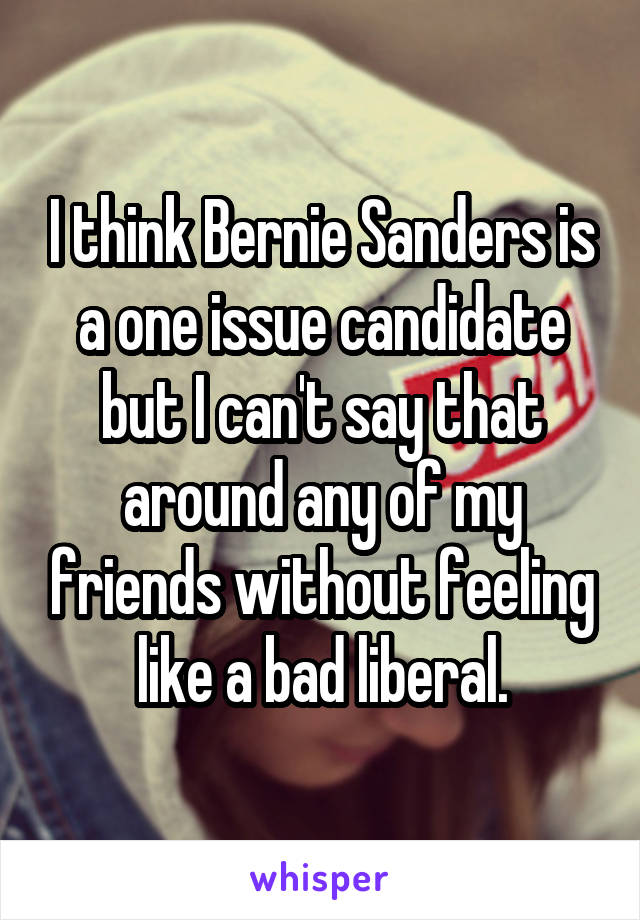 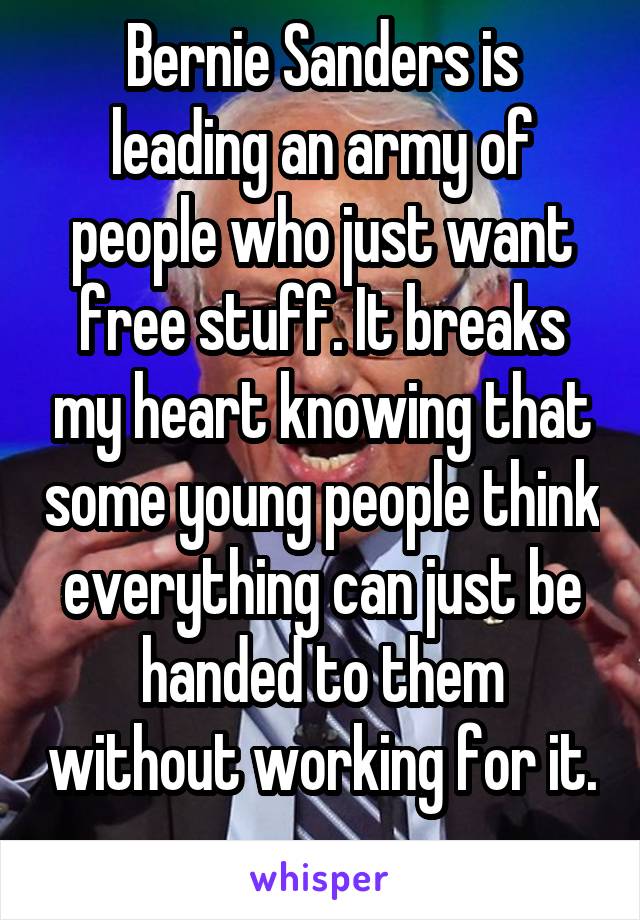 Want to hear more from Bernie antis? Check out Whisper!

Not everyone's a hater! Check out one of Bernie's biggest fans:

More from Whisper:
Winter storm Jonas survivors share their blizzard experiences
Confessions from babysitters will either make you laugh or cringe
Adopted kids open up about desires to find their birth parents
Tags
Read Full Story