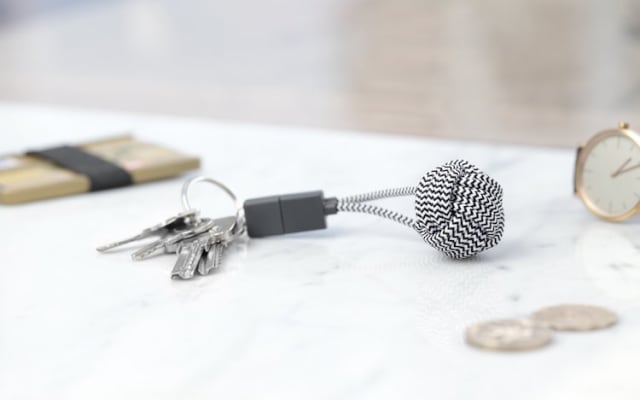 Imagine this: you just ran out the door, hopped on the train to work and look down at your phone only to realize you're barely hitting a 20% charge. Oh, and the best part? Your phone charger is right where you left it -- resting on your bed stand. For many, this isn't just a scenario. If you're an avid iPhone user, chances are you've found yourself in the identical predicament (more than once). 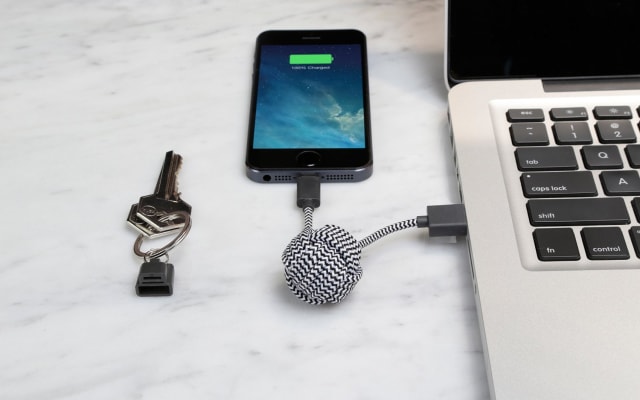 Native Union, the technology-meets-fashion brand that has dominated the online market, has created their visionary Key Cable. The device is a keychain set with concealed connectors, giving you access to any USB power outlet. It's ultra-compact, so you won't be fighting against any unwanted pocket bulge or taking over massive amounts of space in your wallet or purse. Plus it comes in a range of colors, including the nautical geometric design as seen above and also variations of pinks, greens, blues, and more.

At the end of the day, it's the easiest -- and coolest -- way to ensure your iPhone, Tablet and everything in-between is juiced up when you're on-the-go.

Want to shop more cool tech products? Head over to the AOL Shop!

For more trending tech news, scroll through the gallery below:


More from AOL.com:
This beer brewing kit could save you over $1,000 annually
Here's how you can score Beyoncé's favorite accessory for yourself
Why coffee lovers should always use a glass thermos instead of an aluminum one