All hail the "Veep."

Julia Louis-Dreyfus, our most-favorite faux politico on the HBO series -- she's now the president, natch -- is equally awesome in person. Trust us, this lady is the real deal. So we had to figure out how she looked so darn radiant at the Golden Globes, her stunning Lanvin gown aside. She gives all the credit to her glam squad, but we sort of think the raw material is pretty rad itself.

She lost the Golden Globe to Rachel Bloom, and attended the ceremony with her cast, including Tony Hale. And she looked glorious. 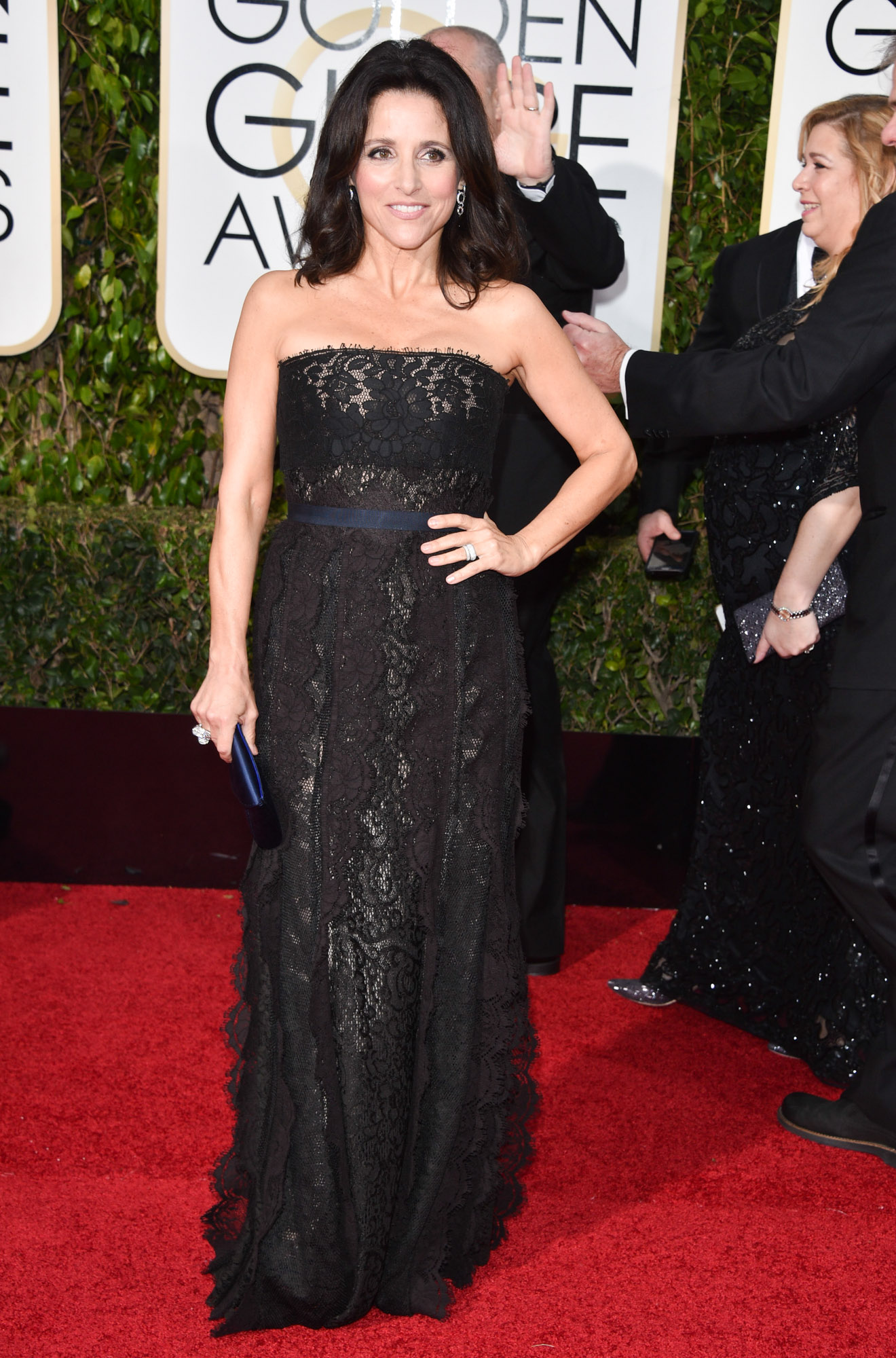 Her makeup artist Karen Kawahara used Kiehl's on Louis-Dreyfus' face. Her goal: to make the actress and multiple Emmy and Globe winner look "fresh and pretty."

You want that Elaine glow? Here's how you can try and get it yourself.

OnlyOnAOL: Sorry, Julia Louis-Dreyfus, but you're mistaken
Up Next