If you love brunching with friends and enjoy a delicious breakfast with the family -- there's one recipe you've simply got to try! It's no big secret that french toast is one of the yummiest foods to date, as the perfect mix of sweet and buttery. And the best part is, you can pretty much put anything you want on it!

Whether it's a handful of strawberries or a dash of Nutella -- it's so easy to dress up this dish and it's even easier to enjoy it. Let's be honest after all, if you're anything like us you probably devour your french toast quicker than you can say BRUNCH. 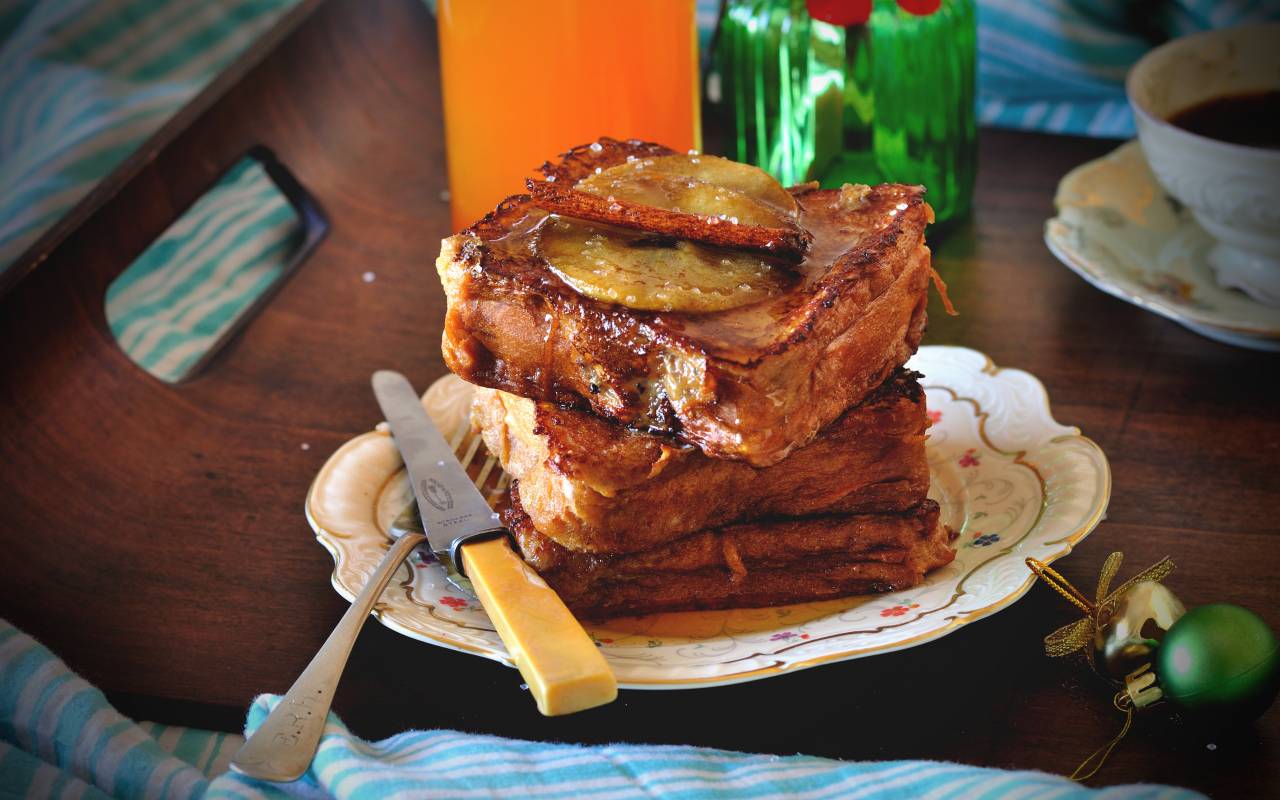 Is your mouth watering yet? Yeah -- ours too. Here's how you can make it thanks to Archana's Kitchen!

Ingredients​ for the french toast:Ingredients for the topping:Directions:Click through below for more yummy apple eats:

Mornings just got a whole lot more delicious with this Cinnamon apple on hot cereal recipe. Hello warmth in the fall!

When it comes to a gathering with friends or family, this Apple pie recipe is your perfect dessert go-to.

Satisfy your sweeth tooth with Caramelized apples topped with peanuts and sprinkles galore.

We love this Apple cider donuts recipe -- perfect for a quick, sweet snack or a family dessert.

Looking for something healthy and yummy? This Fennel and apple salad is perfect!

For something light, yet savory -- choose this Apple salad with raisins and blue cheese recipe as your lunch or dinner meal.

If you love rice, apples and pudding, this Cinnamon apple slices with rice pudding recipe will make your entire life.

Can you say mouthwatering? This Apple Dumplings recipe is too good to be true!

(Photo by Alexandra Grablewski via Getty)

This Apple cake sweet food recipe is the epitome of fall treats! Serve this while entertaining to wow your friends and family.

This adorable Apple pie muffins recipe is just the right amount to fill you and your significant other up for dessert after a romantic dinner.

Looking for something sweet and savory this fall? This Apple strudel recipe is everything you need and more.


More food:
These mini avocado and hummus quesadillas make for the perfect party appetizer
This peppermint fudge recipe makes for the perfect holiday dessert
Heavenly brussels sprouts recipes that will turn you into a veggie lover
Tags
Read Full Story