(KFOR) -- Don't believe the viral Powerball post going around Facebook, claiming the Powerball jackpot, which is now at $1.4 billion, could solve poverty in the United States.

The math in the post does not quite work out.

The post claims if you divided $1.3 billion among the U.S. population, then everyone would receive $4.33 million. 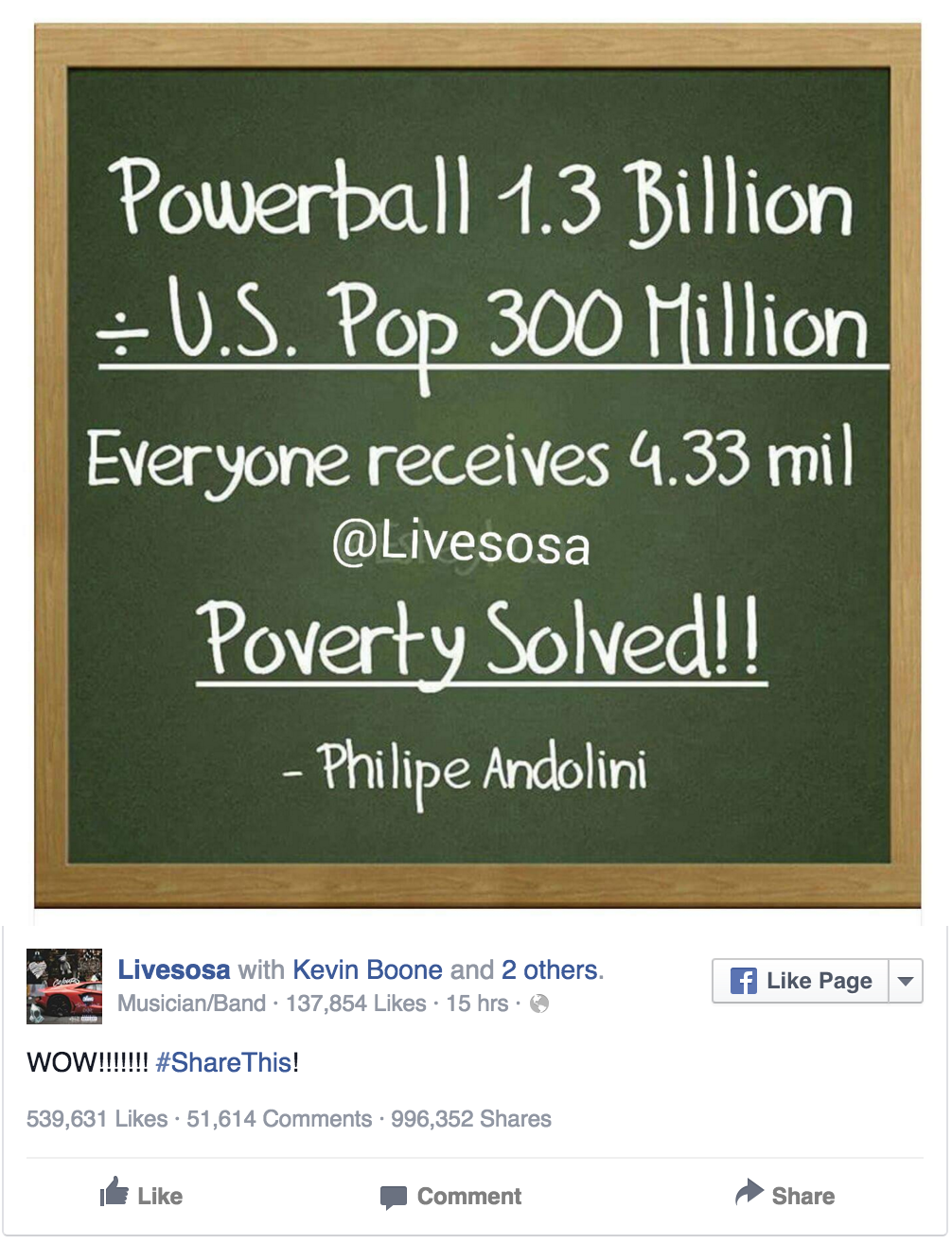 So you couldn't even buy a footlong sub at Subway if the Powerball winnings were divided up among the U.S. population.

The post has been shared more than one million times.