Wheelchair users talk honestly about what their lives are like

Whisper
Physical handicaps, whether you're born with one or acquire one later in life, can often be difficult obstacles to overcome. That being said, an amazing thing about human beings is our ability to adapt -- to new cities, people and even physical circumstances. People with physical handicaps learn not only to overcome their disabilities, but also to persevere.

Several wheelchair users took to Whisper, the popular app that provides an anonymous platform for people to share their most honest thoughts, to explain what their lives are really like.
When's the last time someone won a medal for going to work? 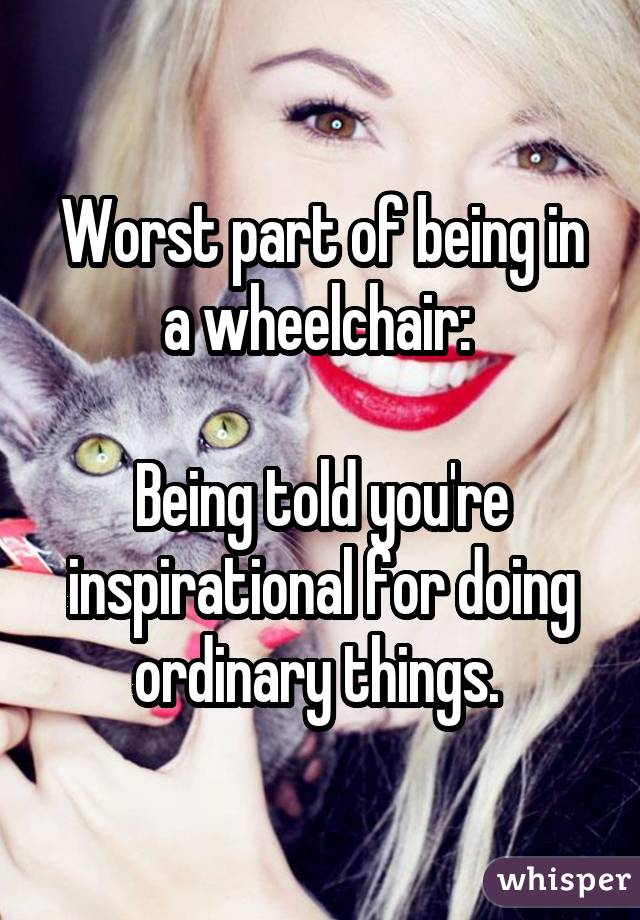 Pointed looks can often be as hurtful as words: 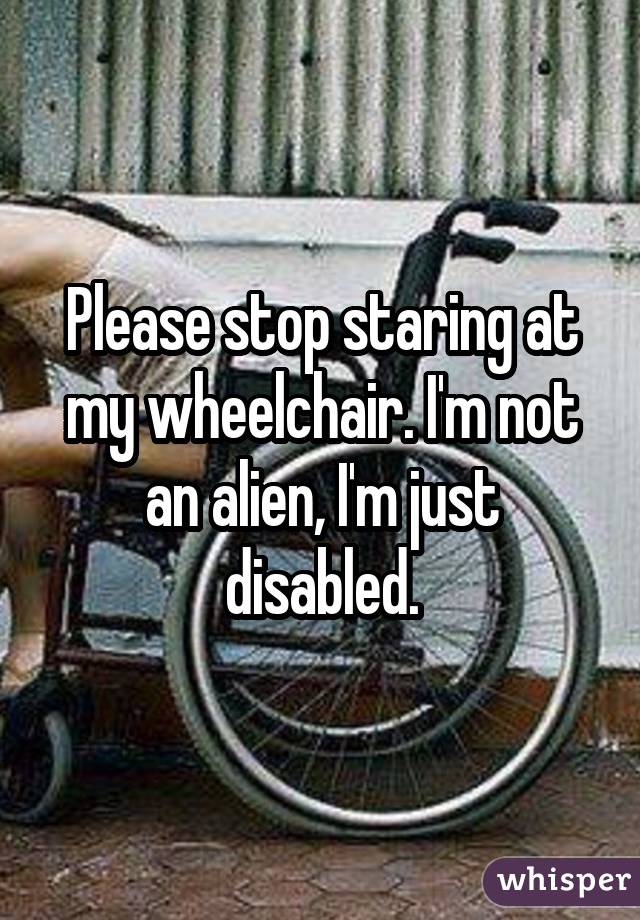 Being in a wheelchair isn't cured like a common cold: 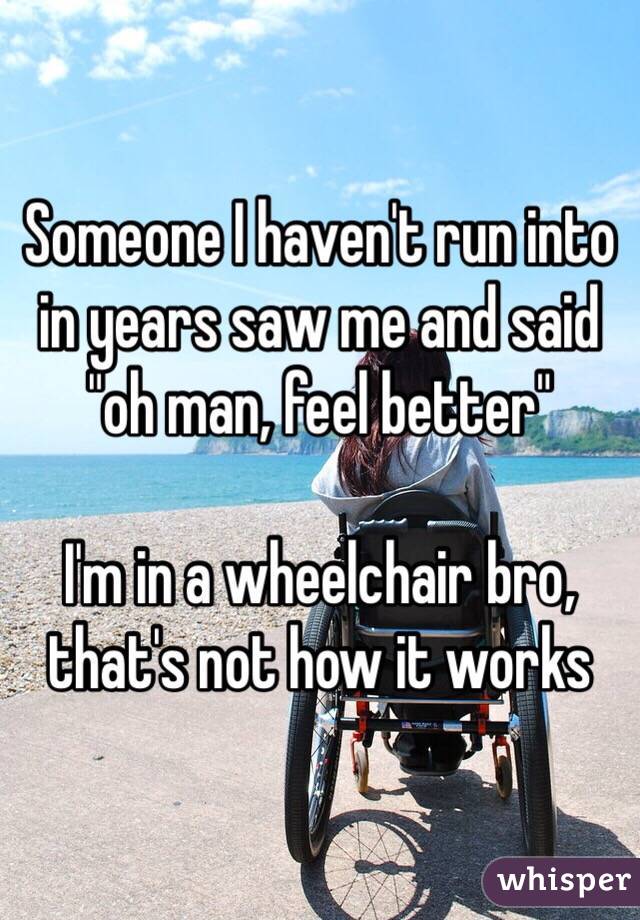 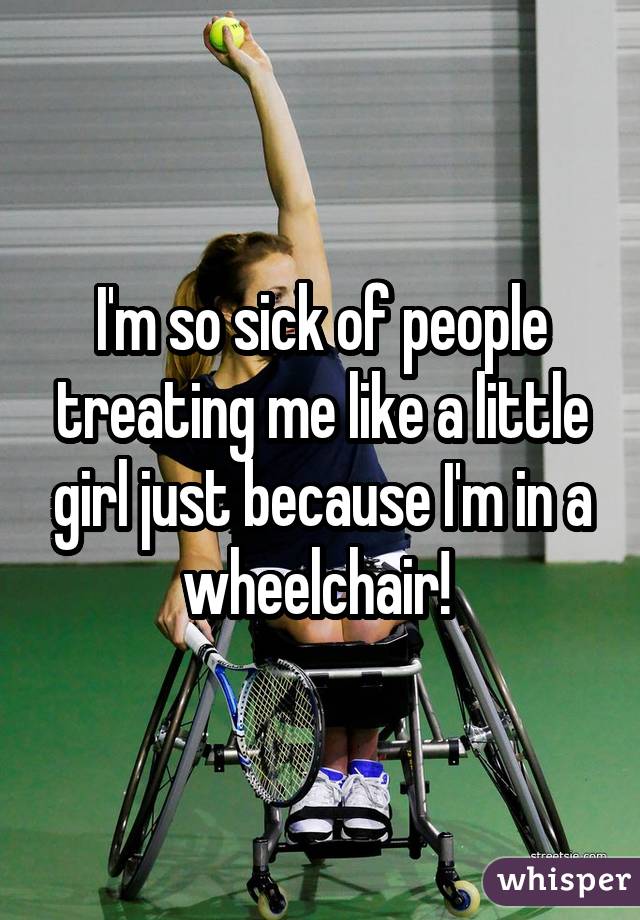 Not everyone's ailments are going to be written across their foreheads: 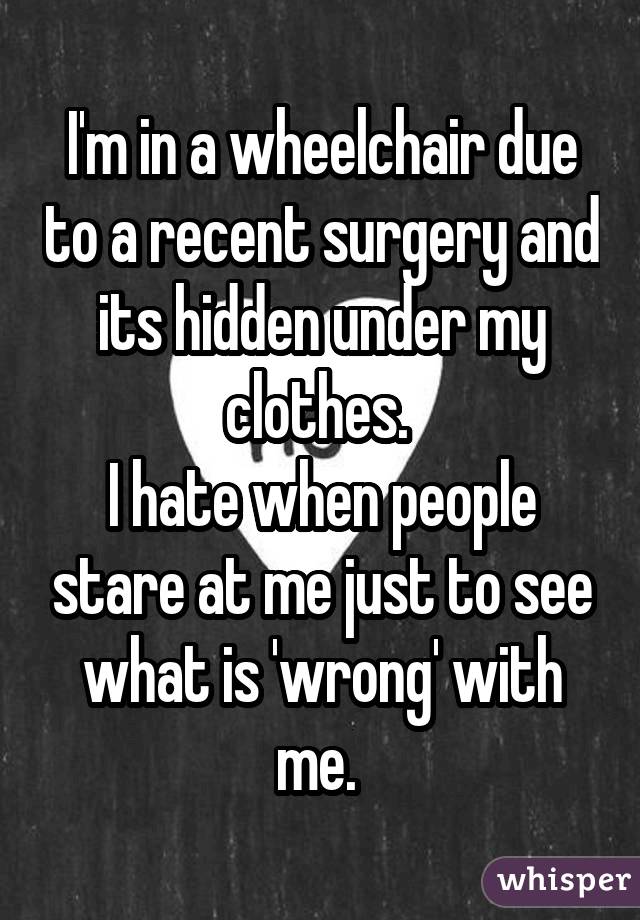 Feeling different than the societal norm can crush a spirit: 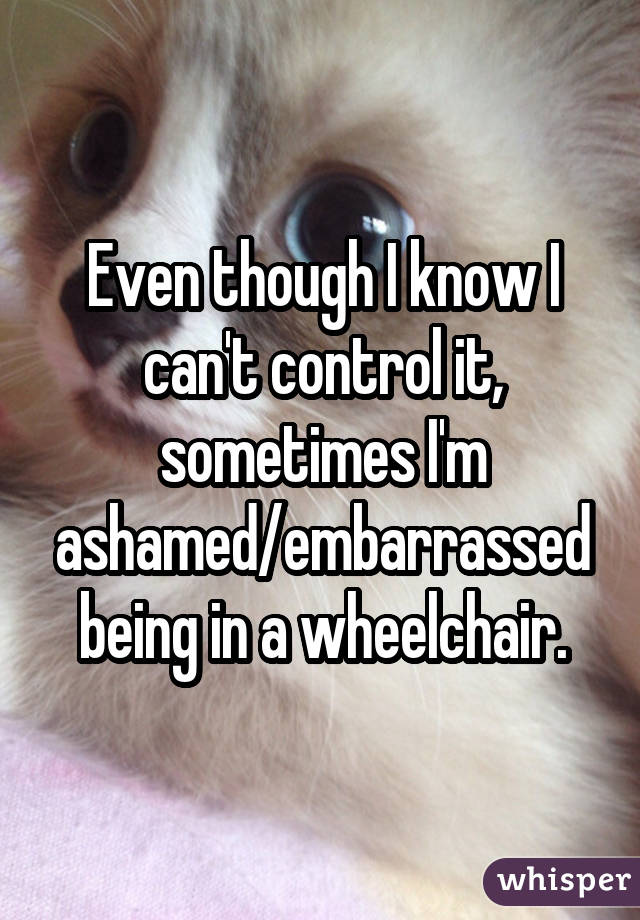 Having a physical setback might make you wonder how much people are doing out of sympathy versus genuine interest: 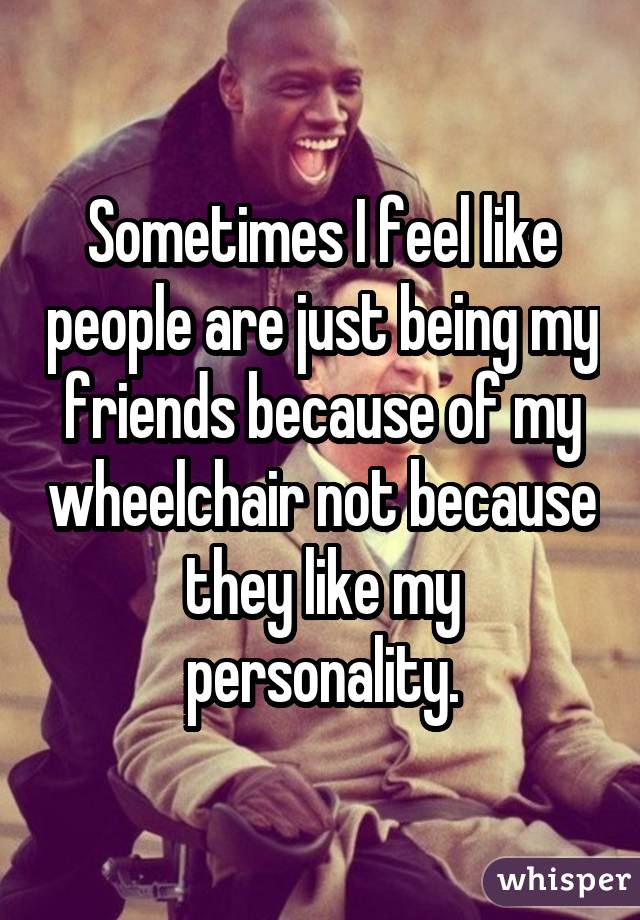 Everyone has his or her own story: 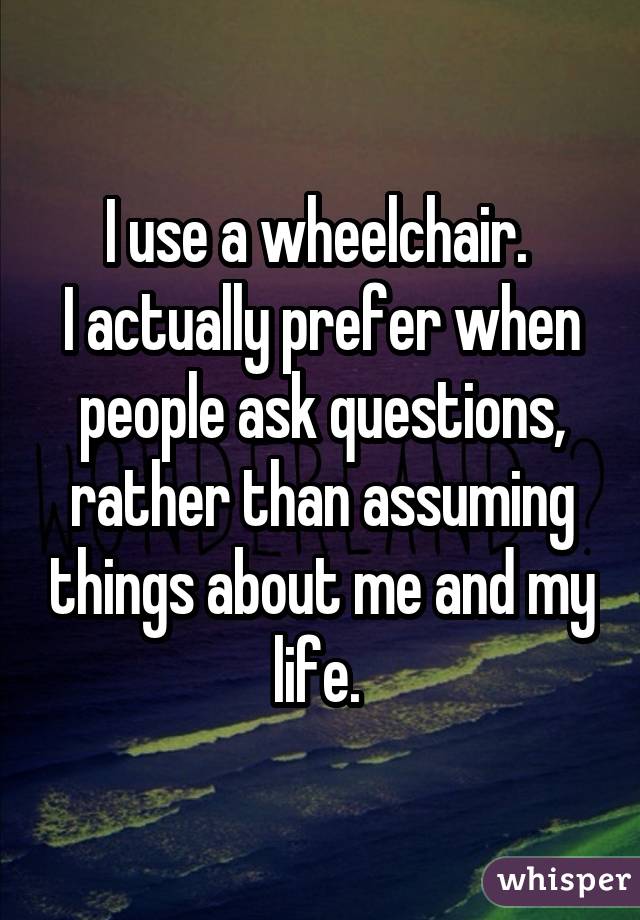 Some people might feign disinterest at the risk of being let down: 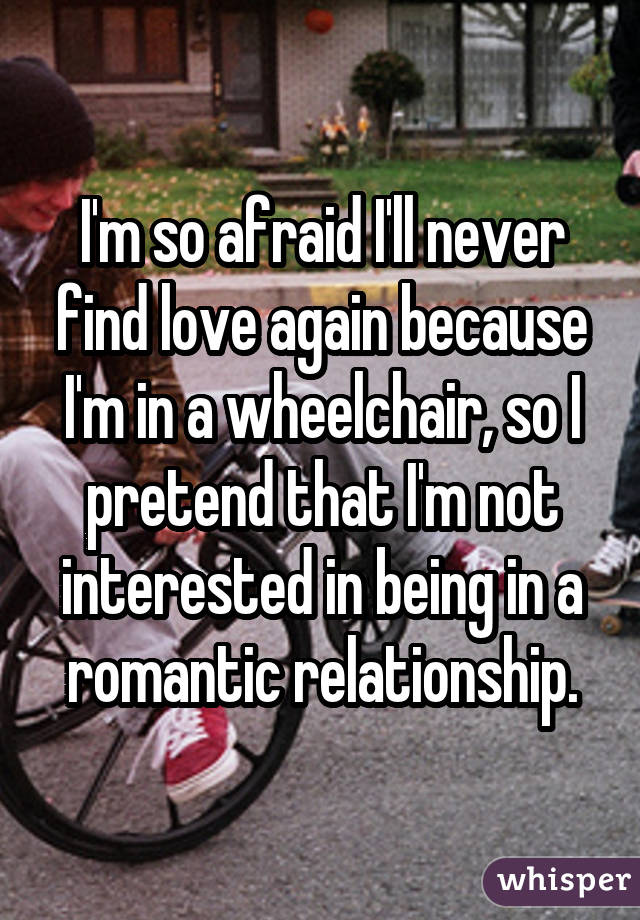 Positivity is key in looking forward to a happy life: 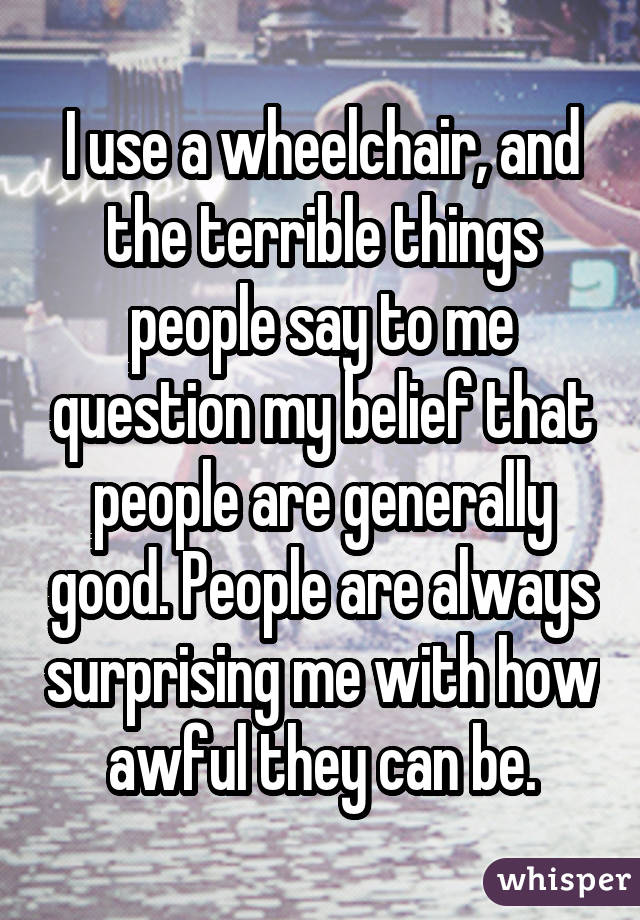 For more confessions from wheelchair users, check out Whisper!

If that didn't convince you that being in a wheelchair doesn't stop you from doing normal things, maybe this video will:

More from Whisper:
Teachers reveal how stressful dealing with parents really is
People confess why they believe in the power of prayer
Pregnant women share their self-consciousness with their bodies
Tags
Read Full Story