Melania Trump's husband, Donald Trump, might be making a big splash in politics as the frontrunner in the GOP presidential race, but the former model isn't as inclined to go public with her personal views.

"I'm choosing not to go political in public because that is my husband's job," she told Harper's Bazaar in the magazine's February issue, hitting newsstands on Jan. 19. "I'm very political in private life, and between me and my husband I know everything that is going on."

SEE ALSO: Trump: I'll go down 5 points in the polls by saying this, but I think Obama's tears were real

'I follow from A to Z," she continued. "But I chose not to be on the campaign. I made that choice. I have my own mind. I am my own person, and I think my husband likes that about me." 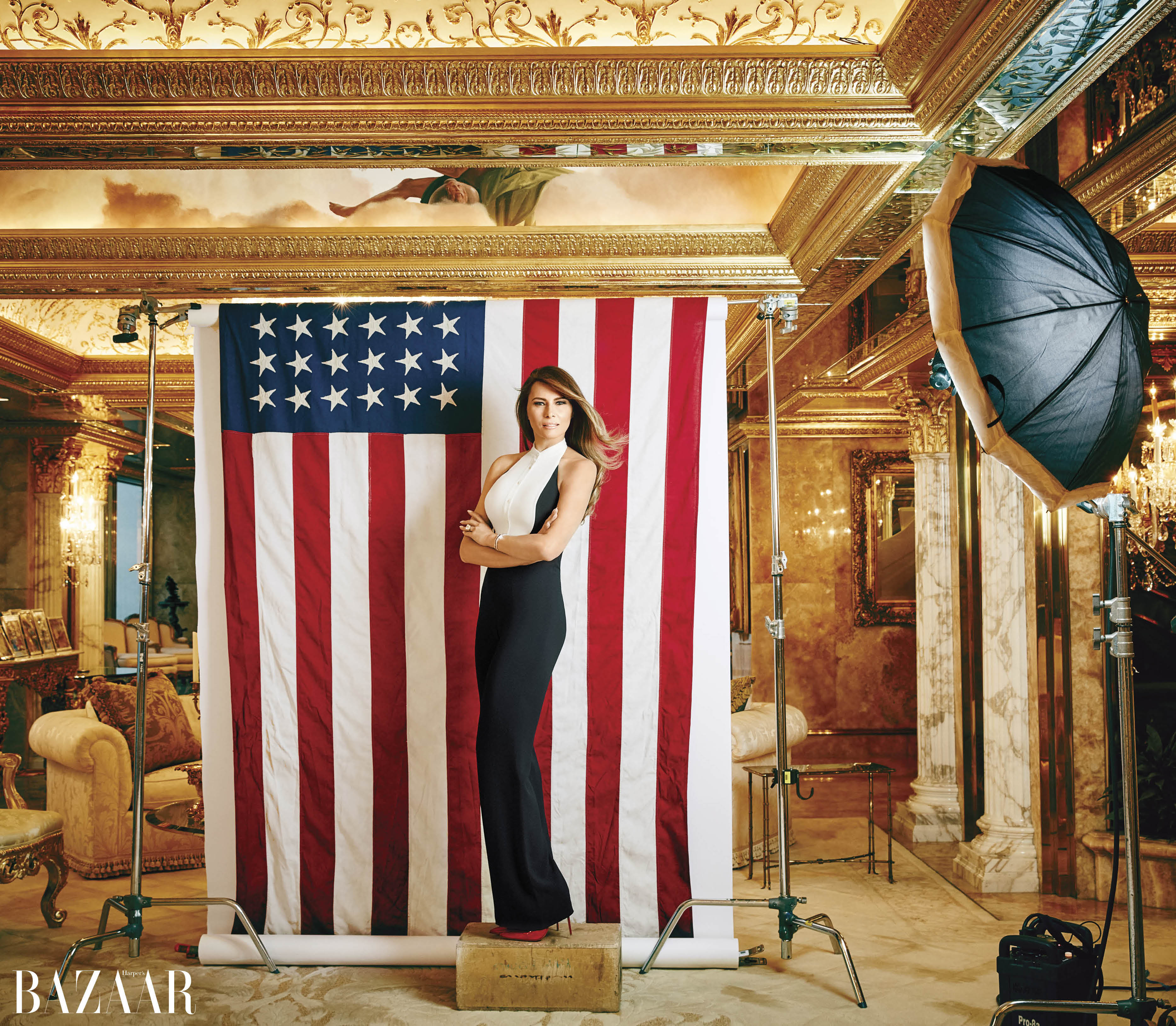 Douglas Friedman/Harper's Bazaar
Though she has stayed mum on most issues, Melania did touch on one major issue at the forefront of her husband's campaign: Immigration. Born in Slovenia, the jewelry designer became a naturalized U.S. citizen in 2006.

"I followed the rules," she said. "I came here for my career, and I did so well, I moved here. It never crossed my mind to stay here without papers. That is just the person you are. You follow the rules. You follow the law."

Melania has remained relatively behind-the-scenes for the majority of Donald's presidential campaign, save for a handful of campaign appearances and a sit-down with Barbara Walters, during which she advised her husband to "tone it down during debates."

"I give him my opinions, and sometimes he takes them in, and sometimes he does not," she elaborated in the magazine. "Do I agree with him all the time? No. I think it is good for a healthy relationship. I am not a 'yes' person. No matter who you are married to, you still need to lead your life. I don't want to change him."

Click through to see Melania Trump through the years:


The supportive wife only had the highest of praises to sing for Donald, who she described as "the best leader" and an "amazing negotiator."

"America needs that, and he believes in America. He believes in its potential and what it can be, because it is now in big trouble ... I just believe he has what it takes to be an amazing president."

Despite her preference to remain in the shadows, Melania has become of the target of jokes and impressions, most notably on "Saturday Night Live," in which Cecily Strong portrays her as a dimwitted trophy wife -- but there are no hard feelings, Melania says.

"It's kind of an honor, actually, to have someone play you like that in a fun way. We laugh a lot about that. It's funny to see how people see you."