8 ways to look like a millionaire, even if you're not

Regardless of how much you make, it's easy to project an air of power and confidence commonly associated with the wealthy, as long as you focus on the right things.

Sylvie di Giusto worked in human resources for more than 20 years before becoming an image consultant in 2009. Her company, Executive Image Consulting, has worked with executives looking to improve how they present themselves and professionals looking to rise up the corporate hierarchy. She also gives dress code consulting to corporations, which have included McKinsey, BMW, and Thomas Cook, according to her website.

With inspiration from Vicky Oliver's book "The Millionaire's Handbook: How to Look and Act Like a Millionaire, Even If You're Not," we asked di Giusto how anyone could look like a millionaire, regardless of their net worth. Here's what she said, with some of Oliver's advice thrown in.

Vivian Giang contributed to this article. She clarifies that professionals can "shop smart," as long as they don't skimp on quality. She recommends visiting designer outlets, as well as online equivalents, like The Outnet and Gilt.

In her book, Oliver recommends sticking to the "one-third rule": Buy "one-third as many clothes as you do now, but spend three times as much on each item." So instead of buying three pairs of pants at average prices, buy one pair of expensive pants and wear them everywhere.

Consider every detail, down to your iPhone case. Di Giusto remembers a job applicant she interviewed when she worked for a German company. The interviewee looked great and said all the right things. At the interview's conclusion, he took out his iPhone to schedule a follow up. As he edited his calendar, di Giusto noticed an offensive word emblazoned on his phone's case, and in that moment she found herself questioning everything she previously thought about him. She ended up hiring him, but he almost invalidated a great first impression with a careless oversight.

"If you're serious about your image, you need to be aware that it goes far beyond your suit," di Giusto said. That means realizing that your desk, your accessories, and even your smartphone's case need to be an extension of your professional image.

Conform your style to your industry, but allow one "statement piece." It should be evident that regardless of your company's dress code, there's a general way that people dress according to industry. Di Giusto recommends that for the most part, you should not try too hard to distinguish yourself. If you work in finance, dress conservatively; if you work in tech, go for casual chic. A good rule of thumb is to dress the way your company's executives do.

That said, di Giusto doesn't want her clients to turn into boring clones of each other. She recommends one flexible statement piece appropriate for the workplace. For example, di Giusto has a pair of unique eyeglasses she likes to wear with business attire. She also mentioned a CEO who dresses the part in traditional dark suits, but has them lined with flashy pink or floral patterns.

Understand that "casual" does not mean "sloppy." The problem with casual, said di Giusto, is that unlike "formal," it has never been properly defined.

"Many people think casual means that you don't have to care," di Giusto said. Instead, casual should mean that just a few pieces of your business attire are different. She pointed to President Barack Obama, whose usual definition of casual is taking off his jacket and tie and rolling up his sleeves. You can go a step further and replace slacks with a nice pair of well-fitting jeans, but don't deviate too far from typical business attire.

Di Giusto says one of her rules for casual is that it can be quickly dressed up. For example, bring a jacket on Casual Friday. Then, if an important meeting pops up, you can throw it on.

Less is more with cologne or perfume. The scent you apply should never be so strong that it distracts someone from what you are saying.

"The moment you smell your fragrance, you know you're wearing too much," said di Giusto. Interestingly, she said that this advice does not apply everywhere, since in places like Italy or France, it is customary to liberally use cologne or perfume. But Americans should keep their fragrance application subtle, said di Giusto. The key to projecting an air of power is being self-confident. And the worst thing for self-confidence is having a nagging thought about a flaw in your appearance. No one may notice the missing button on your jacket, but as soon as you start worrying about it, your behavior may unconsciously draw attention to it, said di Giusto. Likewise, if one day you wake up and decide your teeth aren't white enough, others may start to agree.

Whatever the issue, either accept it or make the necessary adjustment. Because if you're not comfortable with yourself, you're not going to look your best. 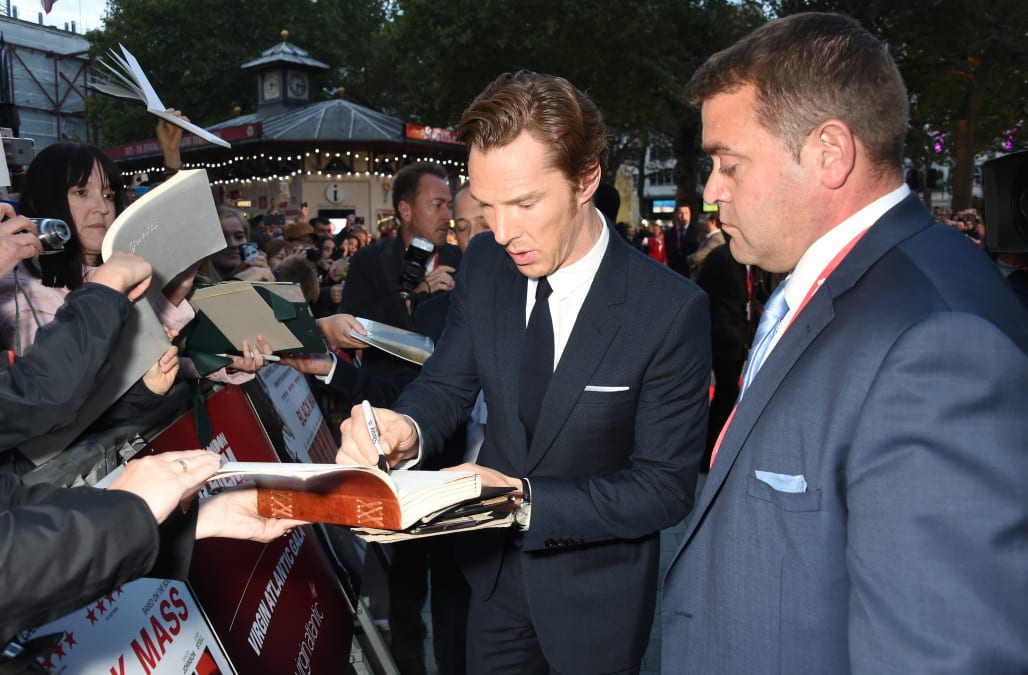 Powerful people take up space. "Subconsciously, we seek leaders who are tall because we associate height with authority," Oliver says in her book.

So if you're lacking this advantage naturally, you can create the illusion of height. Examiner recommends women wear heels that are not booties or "strappy" around the ankle, and AskMen suggests that men opt for dark colors to project power. Both advise that shorter people go for form-fitting clothes and monochromatic outfits.

Get enough sleep for radiant skin. And finally, you should properly adjust your sleep schedule to have healthy, glowing skin. Oliver recommends spending several days keeping track of how many hours you slept in relation to how productive you were the following day.

"Once you determine your ideal number of sleep hours, try to get the same amount consistently, even on the weekends. Force yourself to go to bed and wake up at roughly the same time each day," she writes.

DON'T MISS: The 27 jobs that are most damaging to your health