Marvel's "Doctor Strange" doesn't hit theaters until November 2016, but some details about the movie starring Benedict Cumberbatch as a superhero sorcerer are already starting to trickle out.

Read five of the most interesting revelations below:

TheWrap previously reported that the "Hannibal" star was being eyed to play a villain in "Doctor Strange," but executive producer Stephen Broussard confirmed to EW that he will be playing the main villain. Though no name was revealed for his character, Marvel Studios president Kevin Feige explained that he would be playing another sorcerer who "breaks off into his own sect."

The "Spotlight" star will play a New York contemporary of Cumberbatch's character, a fellow surgeon. The studio isn't releasing a name for her character yet either, but according to the movie's producers she will serve as an "anchor" to Doctor Strange's humanity.

Though they saw other actors for the part once the actor's career began to take off — including Joaquin Phoenix, Ethan Hawke, Matthew McConaughey, Ewan McGregor, Jake Gyllenhaal, and Oscar Isaac — but Feige said Cumberbatch was the best choice for Doctor Strange, and they had no choice but to make it work with his schedule. 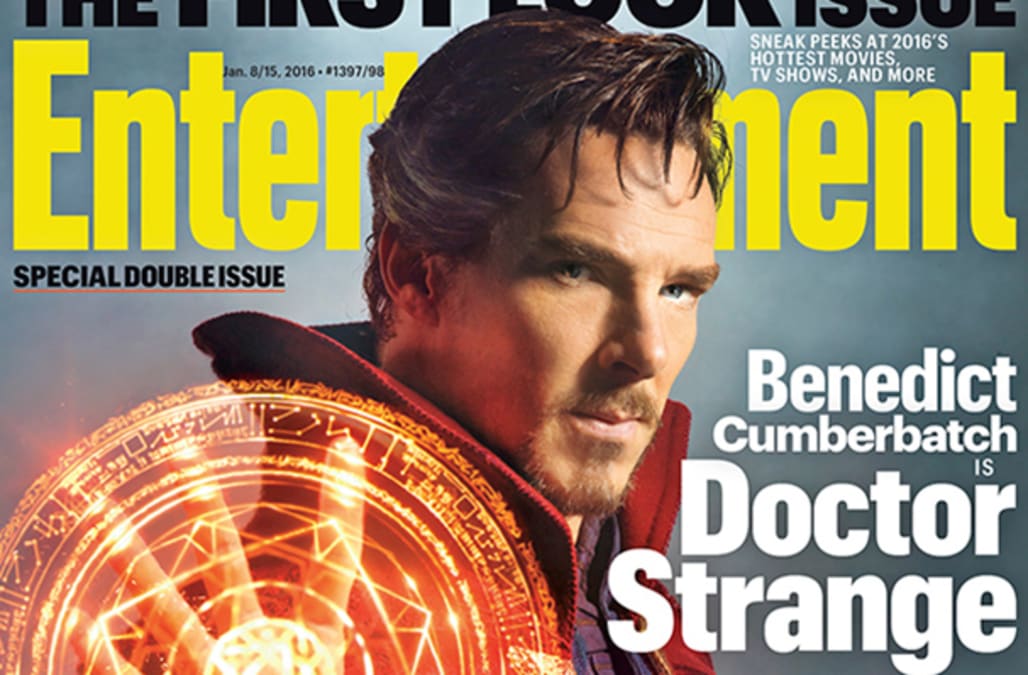 Doctor Strange will take a trip through the multiverse

In what Feige calls the "magical mystery tour," Cumberbatch will be sent through the alternate dimensions making up Marvel's multiverse by Tilda Swinton's character, The Ancient One. He also promised that the scene's "trippy" imagery will set the movie apart from the studios previous projects.

"There's going to be some crazy s–t"

Inspired by the 1960s visuals of the original comic, drawn by Steve Ditko, the movie will take on some psychedelic imagery of its own. "There's going to be some crazy s–t," said Cumberbatch.