Reliving the best and worst of the MLB in 2015

Reliving the best and worst of the MLB in 2015
WASHINGTON, DC - JULY 06: Bryce Harper #34 of the Washington Nationals at bat when play is stopped for a rain delay in the first inning of the game against the Cincinnati Reds at Nationals Park on July 6, 2015 in Washington, DC. (Photo by Greg Fiume/Getty Images)
WASHINGTON, DC - SEPTEMBER 06: Bryce Harper #34 of the Washington Nationals runs to third base in the eighth inning of the Nationals 8-4 win over the Atlanta Braves at Nationals Park on September 6, 2015 in Washington, DC. (Photo by Rob Carr/Getty Images)
CINCINNATI, OH - JULY 14: American League All-Star Brock Holt #26 of the Boston Red Sox steals second base in the seventh inning against the National League during the 86th MLB All-Star Game at the Great American Ball Park on July 14, 2015 in Cincinnati, Ohio. (Photo by Elsa/Getty Images)
TORONTO, ON - OCTOBER 14: Jose Bautista #19 of the Toronto Blue Jays throws his bat up in the air after he hits a three-run home run in the seventh inning against the Texas Rangers in game five of the American League Division Series at Rogers Centre on October 14, 2015 in Toronto, Canada. (Photo by Tom Szczerbowski/Getty Images)
WASHINGTON, DC - SEPTEMBER 27: Bryce Harper #34 of the Washington Nationals is grabbed by Jonathan Papelbon #58 in the eighth inning against the Philadelphia Phillies at Nationals Park on September 27, 2015 in Washington, DC. (Photo by Greg Fiume/Getty Images)
NEW YORK, NY - MAY 22: Brett Gardner #11 of the New York Yankees walks back to the dugout between innings against the Texas Rangers during their game at Yankee Stadium on May 22, 2015 in New York City. (Photo by Al Bello/Getty Images)
LOS ANGELES, CA - OCTOBER 10: Ruben Tejada #11 of the New York Mets is hit by a slide by Chase Utley #26 of the Los Angeles Dodgers in the seventh inning in an attempt to turn a double play in game two of the National League Division Series at Dodger Stadium on October 10, 2015 in Los Angeles, California. (Photo by Sean M. Haffey/Getty Images)
ARLINGTON, TX - OCTOBER 12: Kevin Pillar #11 of the Toronto Blue Jays throws the ball back after catching a ball hit by Rougned Odor #12 of the Texas Rangers in the fifth inning in game four of the American League Division Series at Globe Life Park in Arlington on October 12, 2015 in Arlington, Texas. (Photo by Ronald Martinez/Getty Images)
BOSTON - JUNE 23: The storm clouds in the area provided a colorful and appropriate backdrop as Red Sox starting pitcher Joe Kelly, bottom left, exits the game after being removed by manager John Farrell in the top of the fourth inning. The Boston Red Sox hosted the Baltimore Orioles in a regular season MLB baseball game at Fenway. (Photo by Jim Davis/The Boston Globe via Getty Images)
BOSTON - JUNE 12: Red Sox center fielder Mookie Betts ran into the stands and was injured while chasing a fly ball at Fenway Park on June 12 (second inning) while taking on the Toronto Blue Jays in Game One of a three game series. (Photo by Barry Chin/The Boston Globe via Getty Images)
Up Next

With 2015 in the books, it's time to take a look at the highlights and lowlights of this calendar year in the MLB.

The Kansas City Royals gave us one of the more spirited World Series runs in recent history, while the New York Mets and Chicago Cubs in the National League put together incredible, unlikely storybook campaigns.

Below, we recap the most memorable happenings of the year in baseball.

In a decisive Game 5 of the ALDS, the Toronto Blue Jays and Texas Rangers were knotted 2-2 in the seventh inning. However, a routine play went awry and a bizarre call cost the Blue Jays the lead, causing the crowd to throw beer and garbage onto the field. Once the mess was cleaned and order was somewhat restored, slugger Jose Bautista launched a towering home run to deep left that sent the baseball world -- and Twitter, more specifically -- ablaze with the infamous 'Bat Flip Heard 'Round the World.No other moment caused an entire sports' fan base to drop their jaws and scramble to see the highlight. Not even the Royals winning the World Series, Max Scherzer's two no-hitters or Wilmer Flores' sob show (more on that later).

The Houston Astros came out of nowhere (well, actually, they came from baseball's basement) to contend for an American League pennant. The club had lost 416 games over the previous four seasons and hadn't made the postseason since it fell in the World Series in 2005.

Thanks to Cy Young winner Dallas Keuchel, budding superstars Jose Altuve and Carlos Correa and a balanced offensive attack, the Astros finished 86-76 and knocked off the Yankees in the AL Wild Card game before getting bounced in five games by the Kansas City Royals in the ALDS. They enter 2016 with 18/1 odds of winning the World Series. 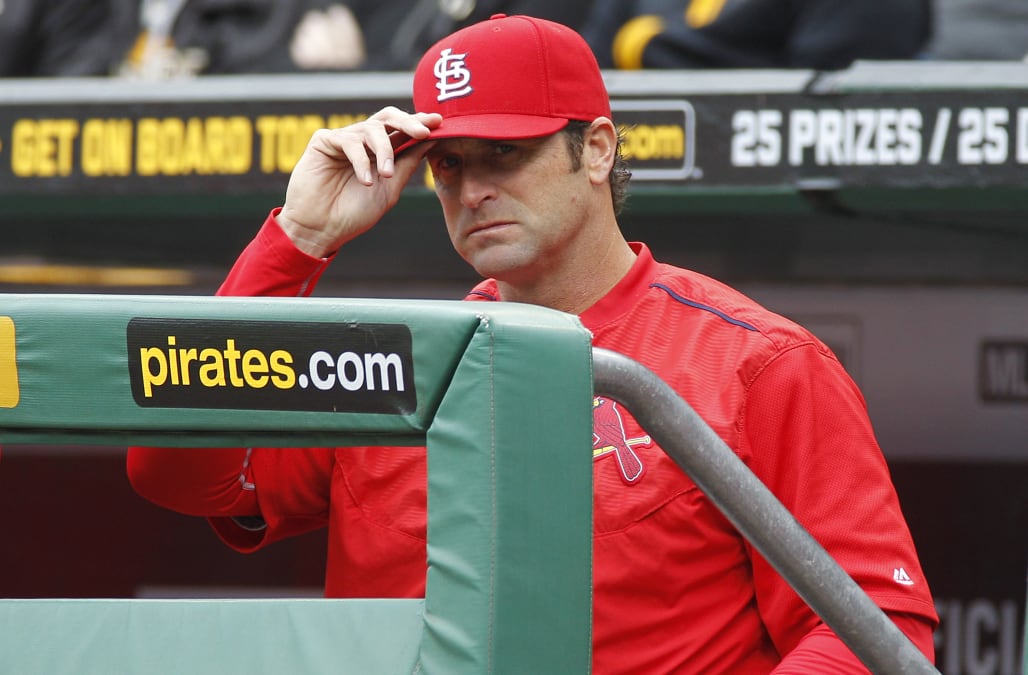 The St. Louis Cardinals found a way to squander an opportunity to capitalize on their brilliant 100-62 campaign, falling to the Chicago Cubs in four games in the NLDS. They had won Game 1, but then handed over the next three. The Cardinals, without Yadier Molina, failed to advance in the postseason after winning at least one series the previous four years. They were the most consistent squad all year -– and looked nothing like it in the playoffs.

Is there any other choice? The Washington Nationals. The team that entered 2015 with the reigning Manager of the Year, one of the best young players in baseball in Bryce Harper, and a rotation that some called the best of all-time fell flat on its face all year long.

Washington managed to take over first place in the NL East for a couple of months over the summer while the Mets were struggling to score two runs a game. But when New York brought Yoenis Cespedes over from Detroit, they moved into a tie for first just days later -- and they'd never look back. A team with as much talent finished just four games over .500. That's a disgrace.

Let the combination of Zack Greinke’s wisdom and Arizona sunsets inspire you this weekend: https://t.co/0Z6leHj99Fpic.twitter.com/tPQF9sSTai

Tough to measure, but probably true.

Was there a more important non-baseball moment for any team this season? When Wilmer Flores began crying on the field, thinking he'd been traded to Milwaukee, the Mets were three games over .500 at 52-49, two games back of Washington for first place in the East. Then, the entire season changed.

Flores remained a Met after the trade fell through, hit a walk-off home run two games later, and Yoenis Cespedes arrived in time to supply one of the biggest second-half lifts any player ever has. New York went 38-23 over the remaining two months before riding momentum all the way to the World Series.

Even though they've yet to be worn, the Padres unveiled a revival of their classic brown jerseys earlier this month, to be worn during Friday home games in 2016. And we can't wait to see them on the field. 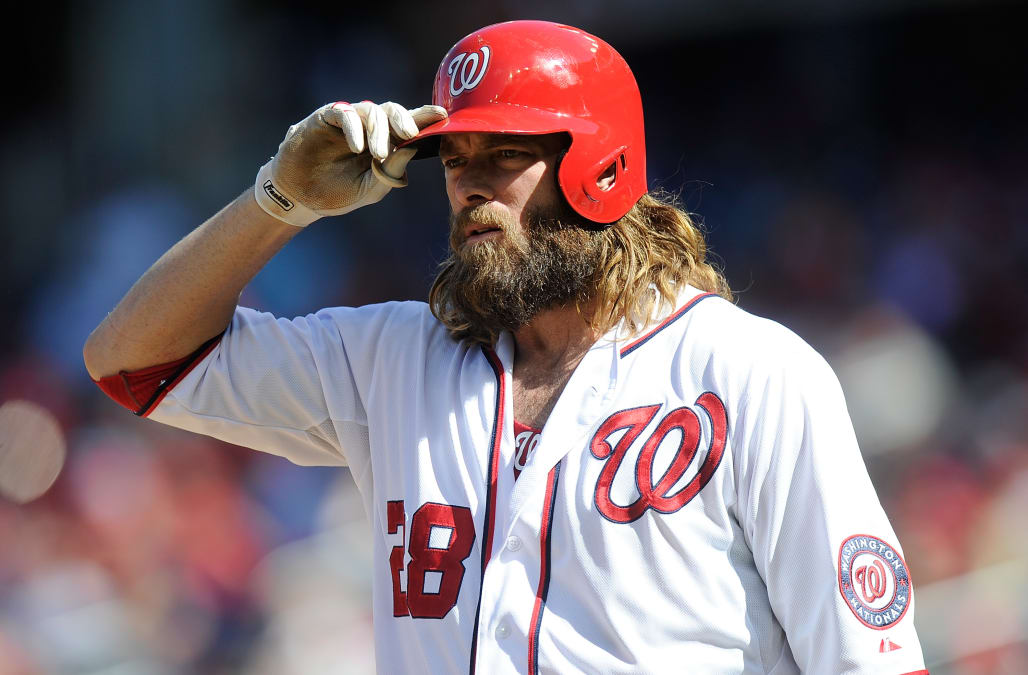 We've covered how brutal this season was for the Washington Nationals, and one of the major reasons why was 36-year-old Jayson Werth. Playing in just 88 games this year -- and making $21 million -- Werth batted just .221 with a miserable .302 on-base percentage. Defensively, he was miserable still, posting a defensive runs saved metric of -11. Enjoy two more years of that, Washington. 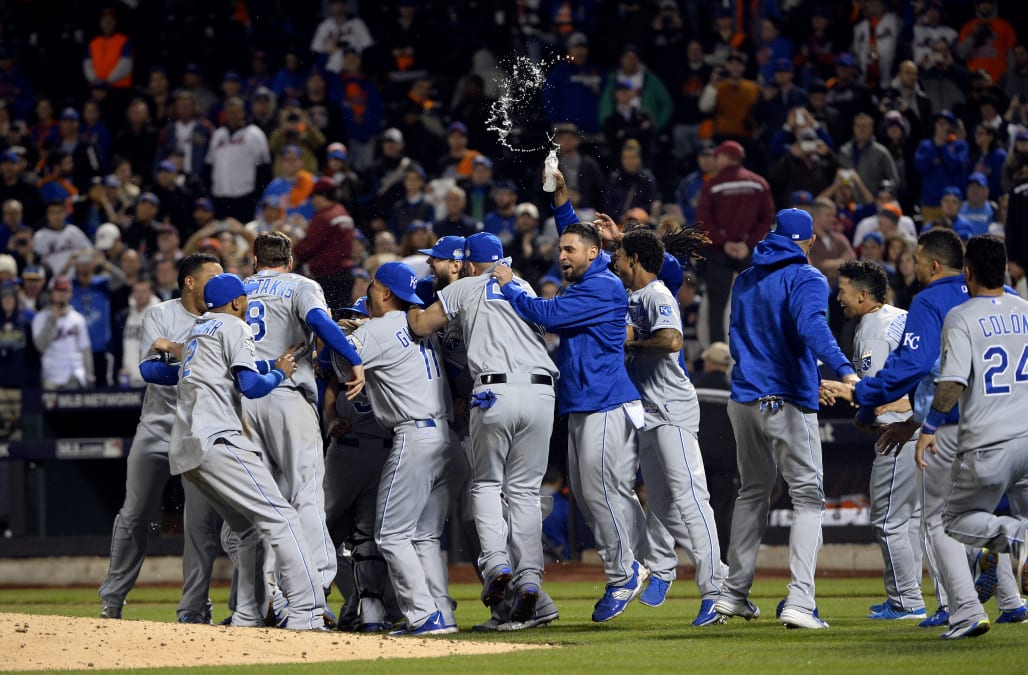 The resilient Kansas City Royals. All of them. There wasn't one MVP candidate to be found, but together they punctuated a remarkable run. Series MVP Salvador Perez and the Royals became the first team since the 2002 Angels to come from behind in all four World Series wins, according to STATS. That's how they washed out the bitter taste of last year's Game 7 loss to San Francisco at home, an October heartbreak that drove the Royals to their singular focus all season.
Tags
Read Full Story