Tina Fey jokes about joining 'Dancing with the Stars': 'I would be so panicked'

The former 30 Rock star revealed on The Ellen DeGeneres Show that, while she loves to bust a move, she gets very nervous and "really sweaty" when she has to perform a choreographed dance.

WATCH: Tina Fey Says She'll Only Join Social Media If She Can Show Her Nipples

However, Fey did have to perform a dance in Sisters with co-star Amy Poehler. "It's this dance that we supposedly did in high school. We rehearsed it for like seven weeks and it's in the movie for like 25 seconds," the actress quipped. "We tried to be Kid 'n Play."

While she nails her moves in the Sisters scene, Fey is still avoiding the professional dancing circuit. "If I had to be on Dancing With the Stars, I would be so shark eyes," she joked. "I would be so panicked all the time." 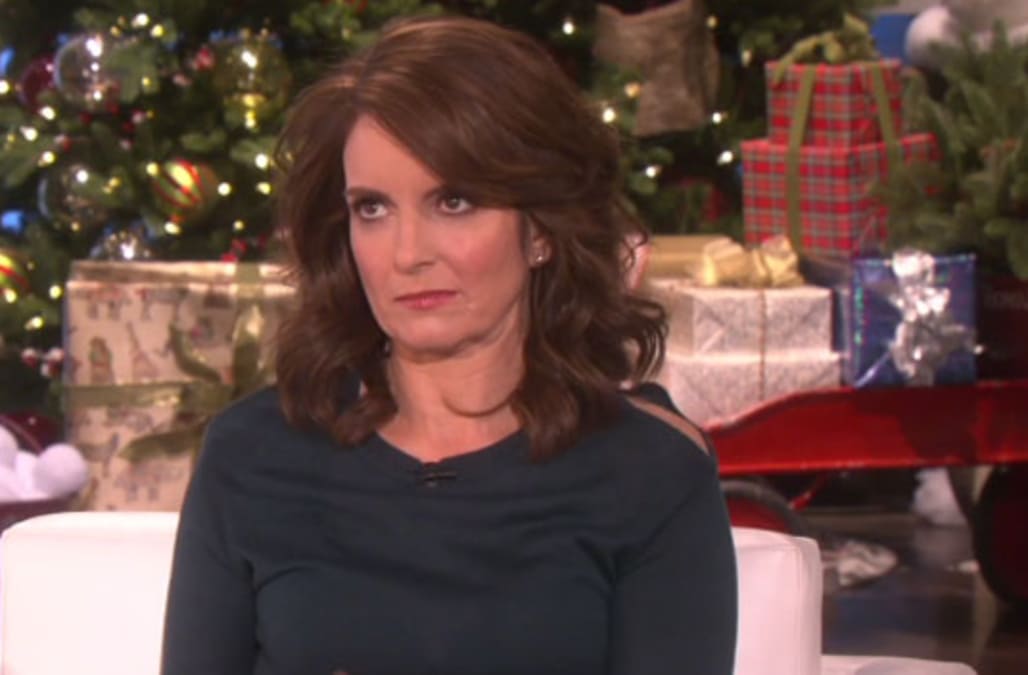 In addition to the release of her new movie, the mother-of-two is also gearing up for the holidays with her two daughters, Penelope and Alice. "My older one is sweet and really easy going and my little one is rough," Fey told DeGeneres. "I struggle because I worry she will be on the naughty list."

The 45-year-old star also admitted to ET that the stress of family and work at her age is reason enough to cut up and let loose. "People in their 40s need that party a lot more than people who are 19," Tina said in a Sisters behind-the-scenes interview. "They are letting off steam about something."

Check out more from Tina Fey and Amy Poehler in the gallery below!