Boy with Down syndrome finds friend in Heisman Trophy winner 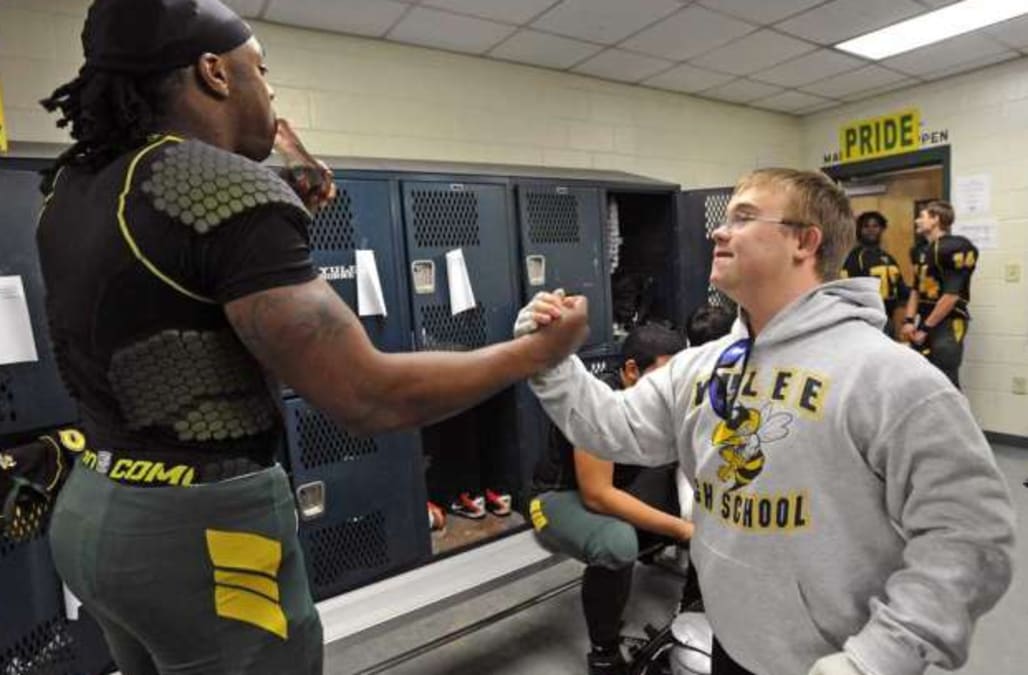 Derrick Henry recently made headlines after winning the most prestigious college football honor, the Heisman Trophy. But, that's just the beginning of Henry's amazing accomplishments.

A few years back, a writer from The Florida Times-Union wrote a story on Jake Martin, an inspiring Yulee, Florida high school football captain who was born with Down syndrome.

Mark Woods, the Times-Union writer, recalls how welcoming the team was to Martin, and how they embraced him with open arms as one of their own. Woods remembers that Martin had a particularly strong bond with Yulee high school junior and fellow player, Derrick Henry.
"Derrick's always been a class act. He works hard. He treats everybody with kindness. He's never had this elevated self-worth." Jack Martin, father, Jacksonville.com
Woods writes, "It's worth recalling how this player embraced Jake as a teammate and friend — they still text each other — because it tells you as much about Derrick Henry as any of the highlights they replayed Saturday as he was awarded the Heisman Trophy."

When his brother was on the team, Jake Martin had spent many games on the sideline, helping out, cheering, doing...

Posted by The Florida Times-Union on Tuesday, December 15, 2015

Henry is a true inspiration, on and off the field, and his accomplishments should be celebrated. We're sure his Yulee and Alabama teammates are very proud, Jake Martin included.