Whisper
2015 was a year not only of gun violence, but also of philosophy on how to remedy the rampant issue. The topic has taken over media and stirred up social unrest as well as demands for social change.

Celebrities, politicians and people all over the globe have begun speaking up about how gun violence is tearing our country apart and voicing the necessity for stricter control over the issue. Ironically, in the midst of the national debate over how to resolve the issue, gun sales have been rising.

SEE ALSO: Americans stock up on weapons after California shooting

Oftentimes, people believe that the key to effecting change lies in the hands of the youth -- but that becomes especially problematic when they have such polarized views. Several millennials took to Whisper, the popular app that provides an anonymous platform for people to share their most honest thoughts, to express how they really feel about gun control. 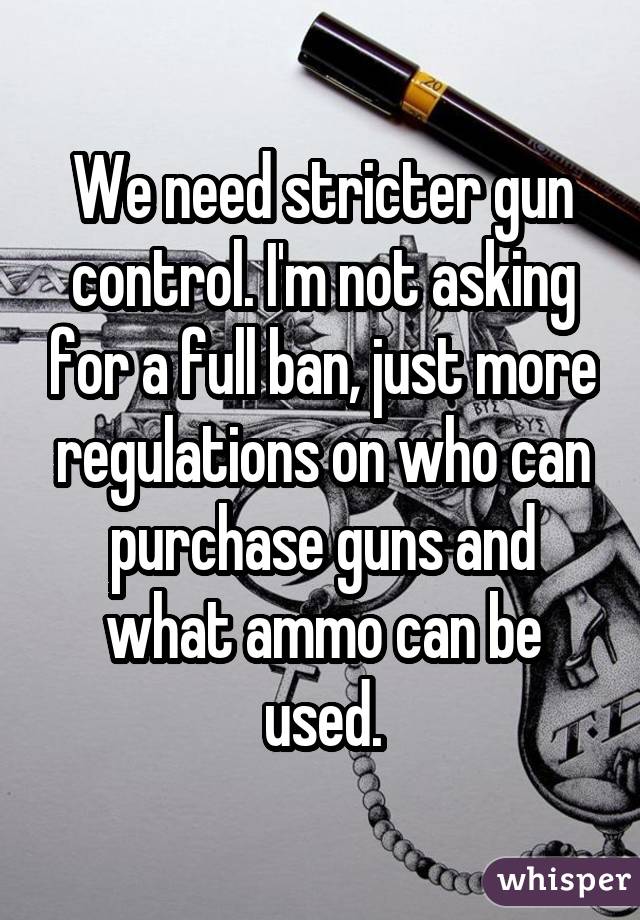 Determining the root of the problem is key to effecting change: 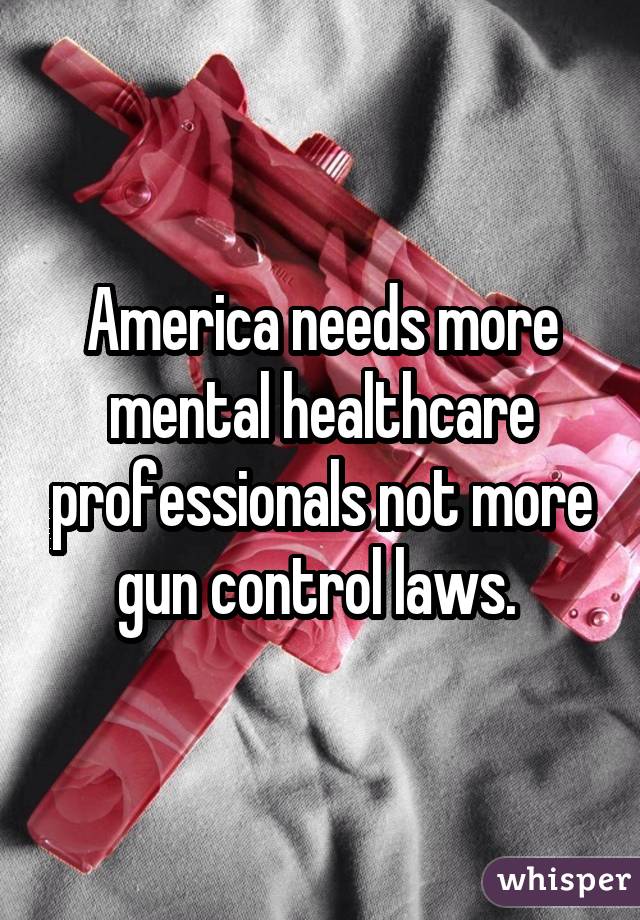 When something as precious as human life is at risk, changing structure as soon as possible is necessary: 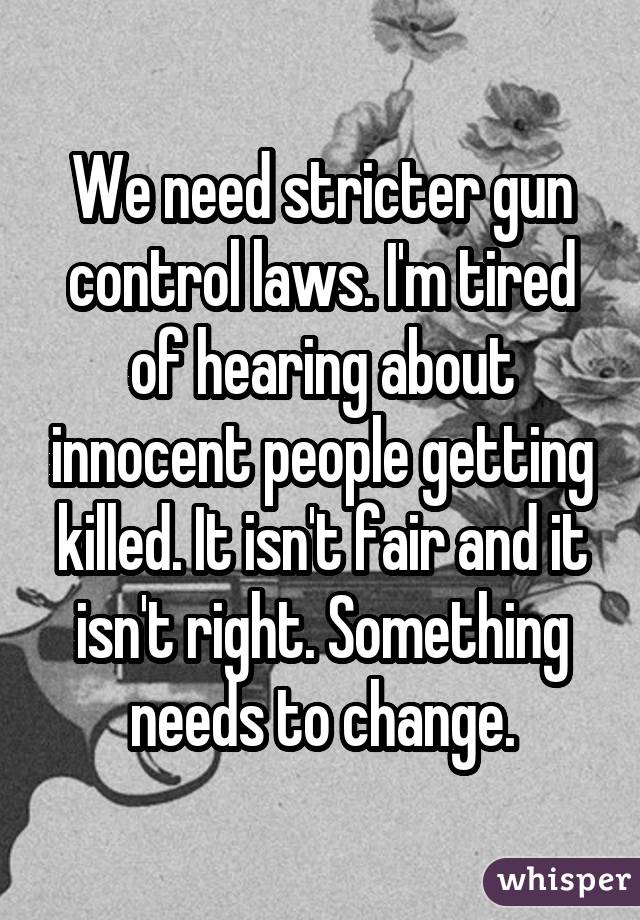 Situations involving mass, widespread violence are too convoluted for a one-click solution: 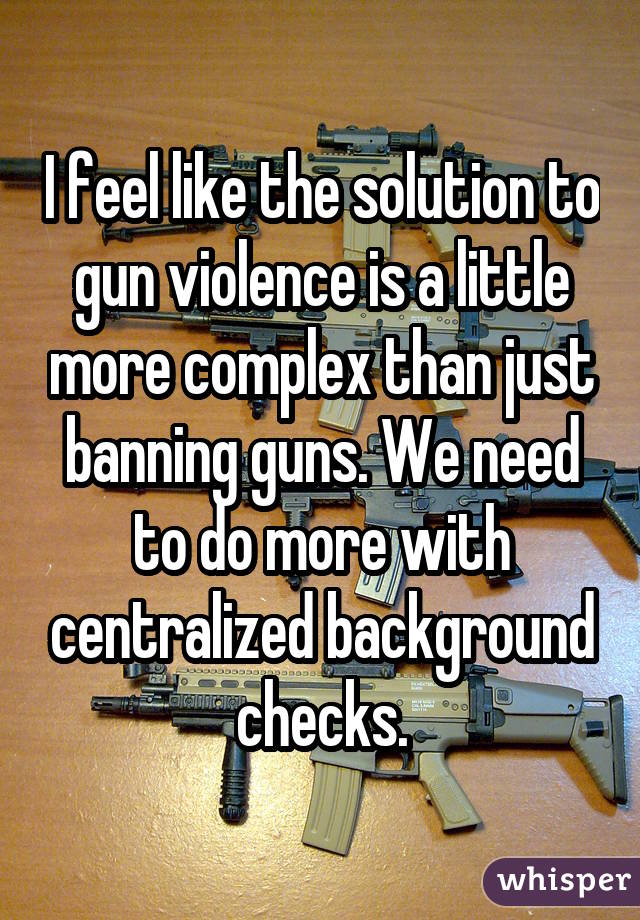 The question of whether a legal change will affect people who are inherent lawbreakers raises a lot of concerns: 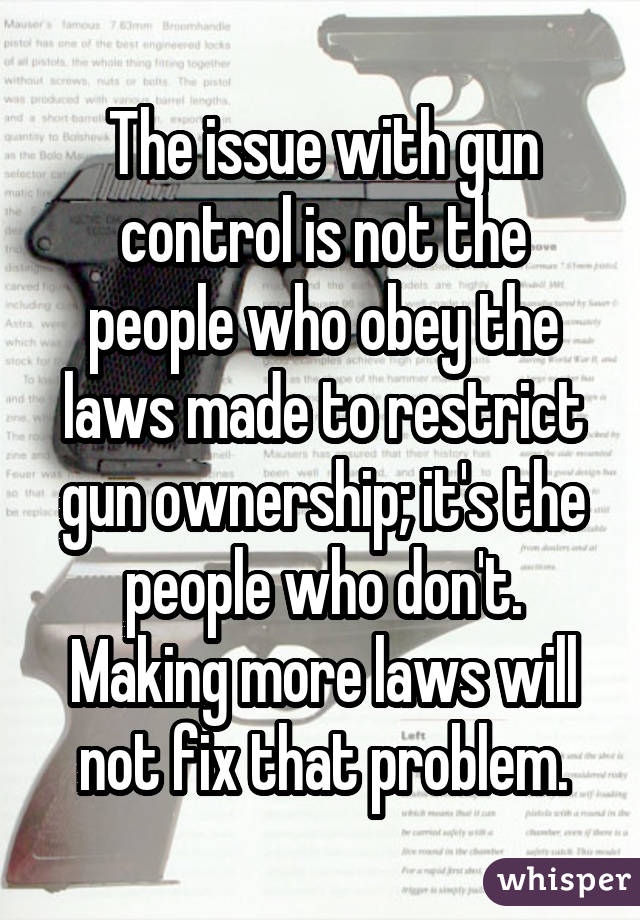 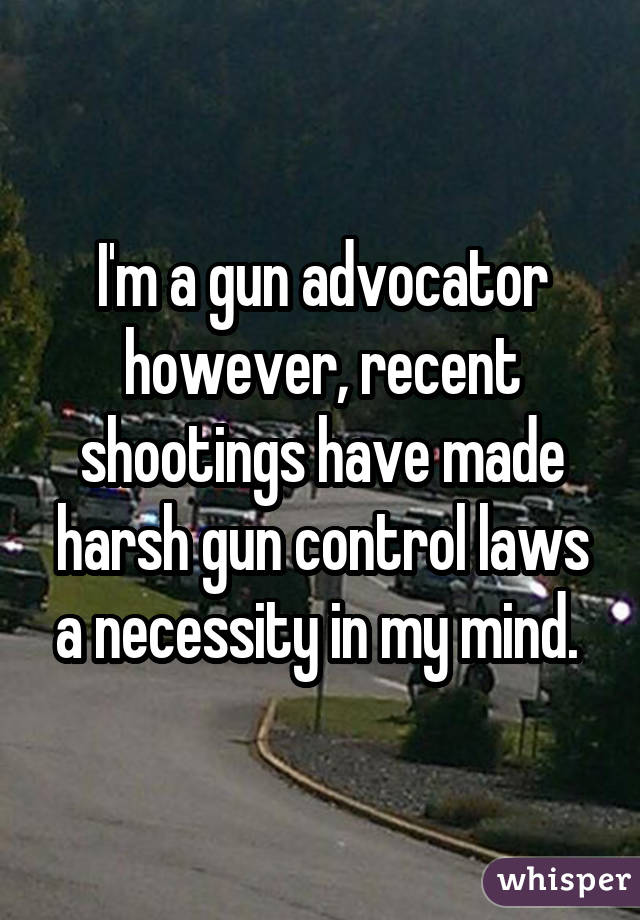 Many people feel like gun control will infringe upon their basic rights: 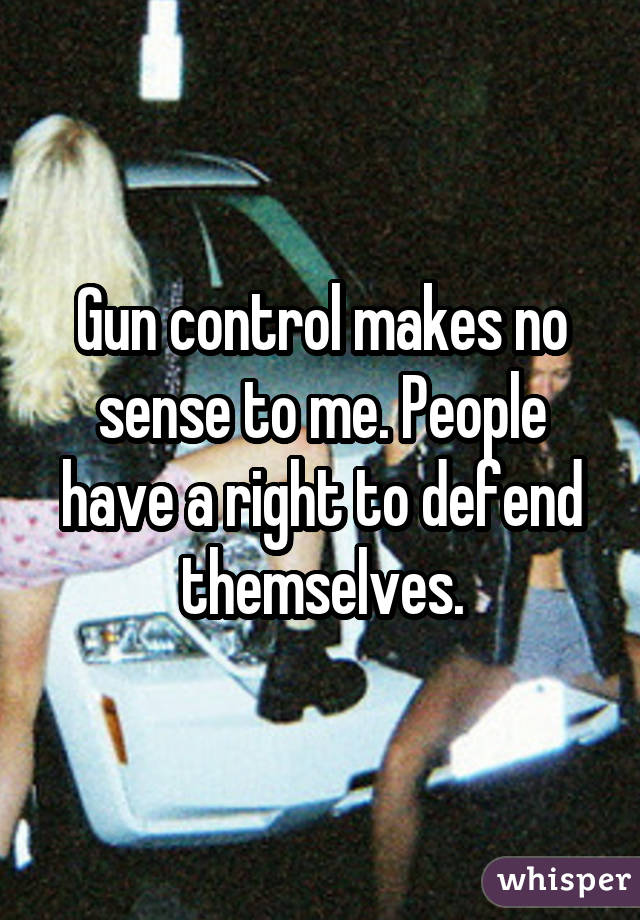 Some facts are hard to argue with: 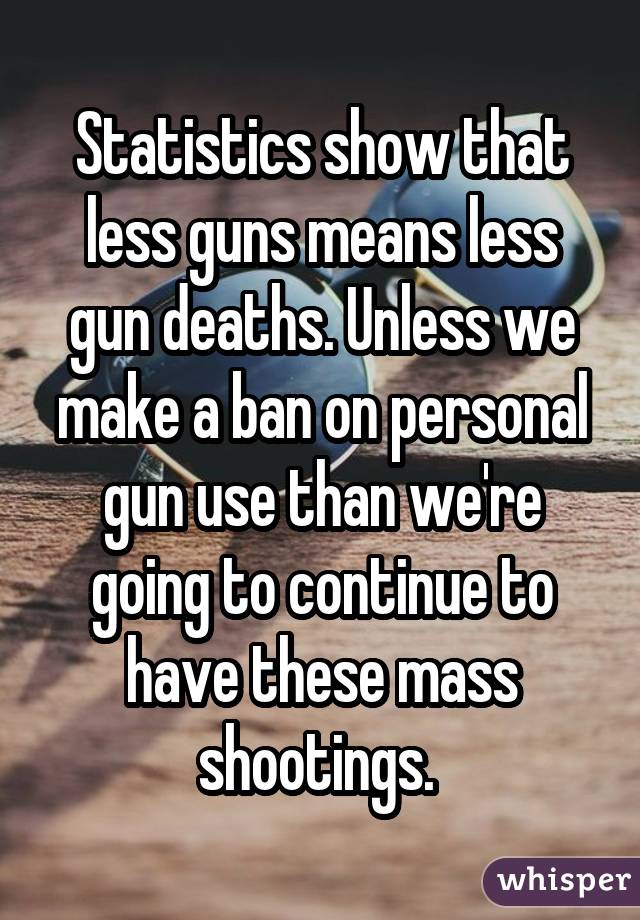 Facing all of the nation's violent issues is necessary in taking steps to resolve them: 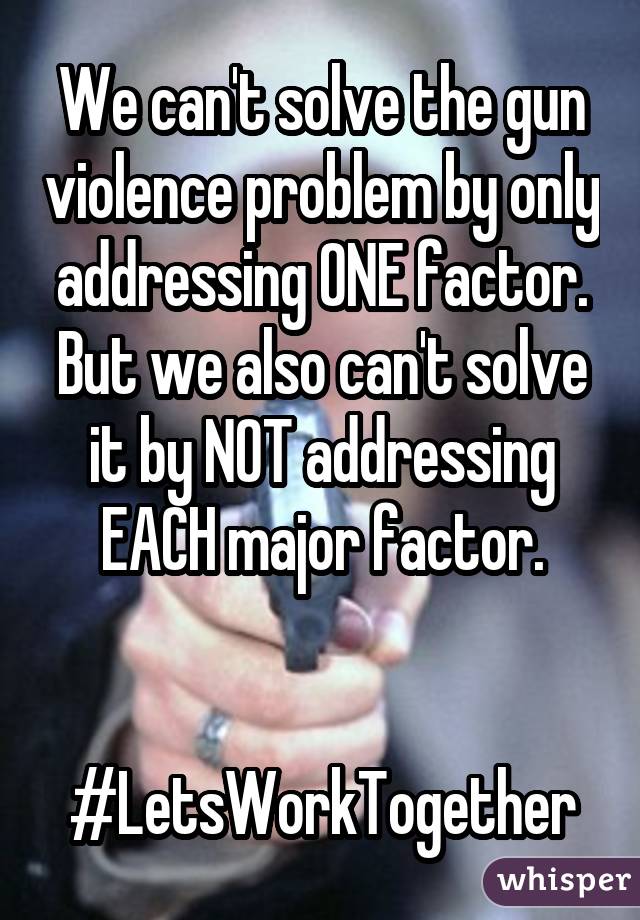 Addressing gun violence in the same way we address other crises might be the answer: 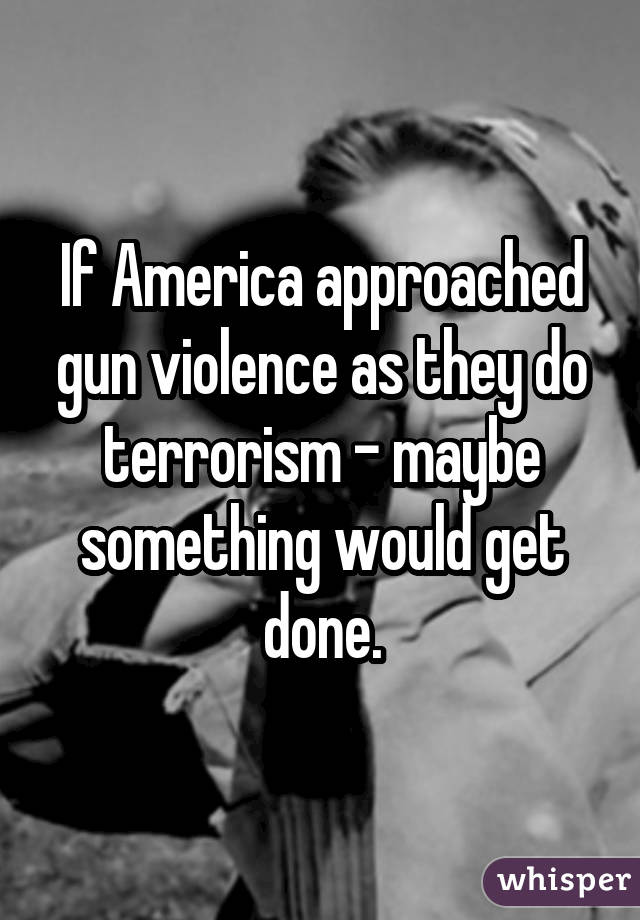 Taking one step towards resolution doesn't mean that there aren't more steps to follow: 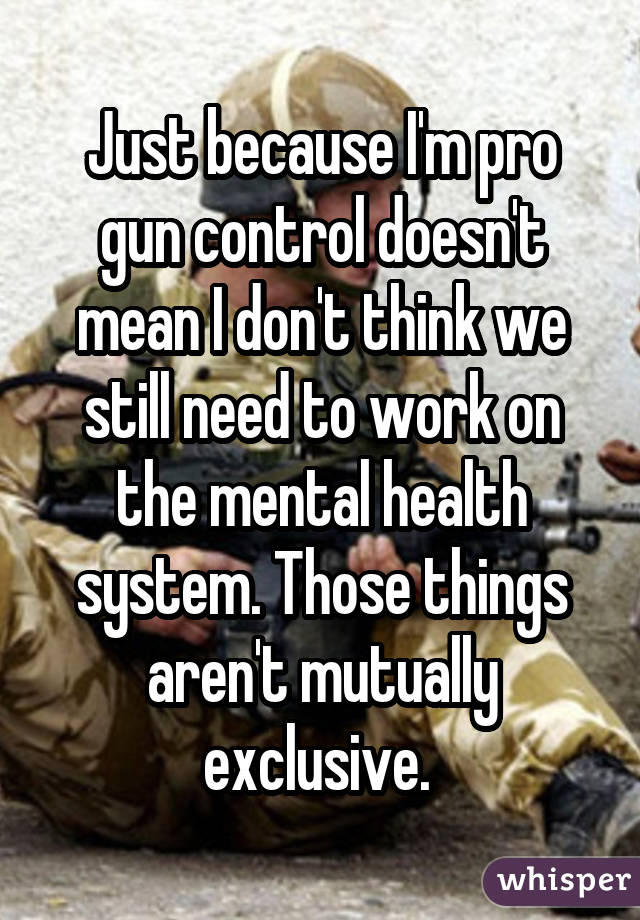 Perhaps paying more respect to laws already in place could be a solution: 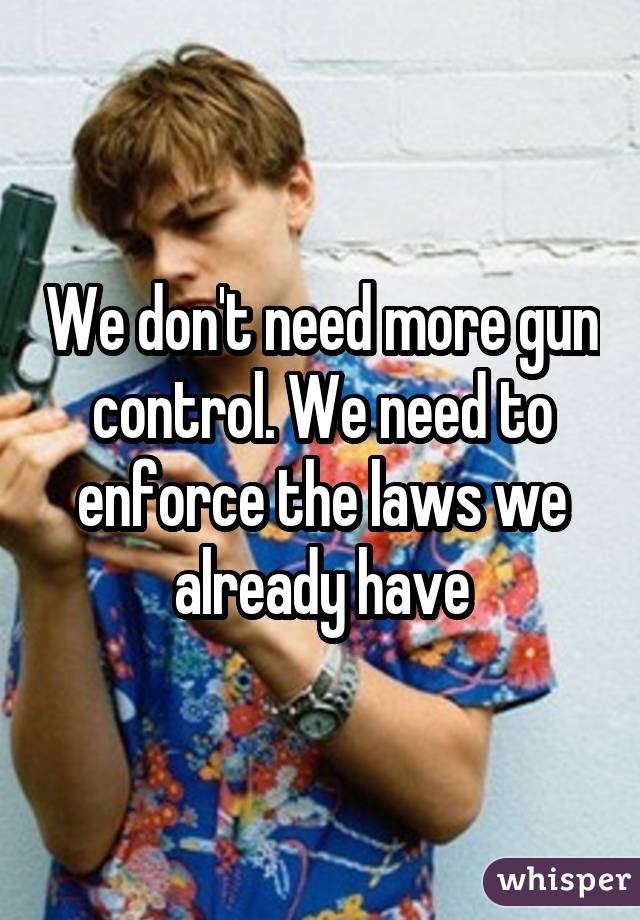 For more millennial views on gun control, check out Whisper.

Want some more insight into the gun control debate? Check out the video below:

More from Whisper:
Here's a compilation of the most heartfelt confessions of 2015
In honor of Human Rights Day, people reveal what they really think about the state of human rights in today's society
People confess how they really feel about Donald Trump's ban on Muslims
Tags
Read Full Story