The Rewind: The top news and buzzy stories from December 7-11

Hey everyone this is Danielle Hopkins with The Rewind on AOL.com, where we give you a quick rundown of the top news and buzzy stories from the week.

1. During a rare Oval Office address, President Obama declared the San Bernardino massacre that killed 14 people a "rare act of terrorism designed to hurt innocent people." FBI officials revealed the shooters had been 'radicalized for some time' and spent at least a year planning the terrorist attack.

2. Republican presidential front-runner Donald Trump sparked major controversy around the world after he called for a "complete shutdown" of Muslims entering the U.S. Even an online petition that called for the reality star to be banned from entering the U.K. was started.

3. A former Oklahoma City police officer was found guilty of the 18 of 36 counts against him related to accusations that he victimized 13 women on his police beat in a minority, low-income neighborhood.

4. A Norovirus outbreak at a Chipotle restaurant in Massachusetts sickened 80 students from Boston College. Health officials said the outbreak was not linked to the strain of E. coli that recently sickened 52 people across nine states this fall.

6. The House of Representatives approved a bill that will tighten controls on travel to the U.S. and require visas for anyone who's been in Iraq or Syria in the previous five years.

8. The man accused of killing three people and wounding nine others at a Planned Parenthood clinic in Colorado stunned a courtroom this week after he refused to go to trial and declared himself a "warrior for the babies."

9. Rapper Kendrick Lamar became the most recognized artist of the year this week when he racked up 11 Grammy nominations, including Album of the Year.

​10. The 30-year-old brother of former reality TV show star Kristin Cavallari, was found dead in Grand County, Utah this week. His body was found nearly 3 miles away from his abandoned car and officials believe that hypothermia may have been a factor in his death. 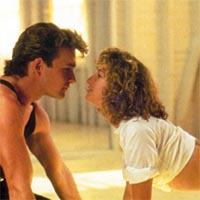 All you '80s musical fans out there brace yourselves -- ABC revealed it's making a TV movie of the hit film "Dirty Dancing" and young actress Abigal Breslin will play the iconic character Baby. 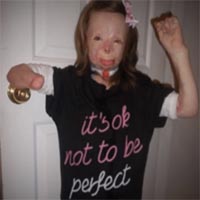 A young burn victim is feeling the holiday love from all over the world after her Christmas wish went viral. In 2013, the 8-year-old was involved in a terrible arson attack, which killed her father and three siblings and left the girl with serious burns. This holiday season, she wanted to "fill her card tree with cards from all across the world." Much to her surprise, her simple wish was granted. 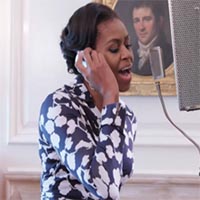 Michelle Obama sported shades and a wrap dress while spitting rap verses along with "Saturday Night Live" cast member Jay Pharaoh in a hilarious song about why kids should go to college.​

And that's #TheRewind! To dive deeper into these stories click on the links in this article page. Check back every Friday night to get caught up so you're in the know for the weekend.

​See photos from the stories:

The Rewind: The top news and buzzy stories from December 7-11
COLORADO SPRINGS, CO - UNDATED: (EDITORS NOTE: Best quality available) In this handout provided by the Colorado Springs Police Department, suspect Robert L. Dear poses for a mugshot photo after he was was arrested following a deadly attack and standoff at a Planned Parenthood clinic in Colorado Springs, Colorado. Dear is accused of attacking a Planned Parenthood clinic in Colorado Springs on November 27, 2015 and killing three people, including a police officer. Nine others were injured. (Photo by Colorado Springs Police Department via Getty Images)
OAKLAND, CA - NOVEMBER 10: Kendrick Lamar performs during the 'Kunta's Groove Sessions Tour' at Fox Theater on November 10, 2015 in Oakland, California. (Photo by Tim Mosenfelder/Getty Images)
Up Next