Do you believe in magic?

One Orangutan at the Barcelona Zoo most certainly does after a brush with a visitor left him doubled over in laughter and amazement.

It all started when Dan Zaleski, who was visiting the zoo, decided to show the orangutan a simple trick with a styrofoam cup and a disappearing ball. Zaleski places the ball in the cup and caps it with the lid before picking it up and shaking it around, slyly removing the ball while the cup is out of of the orangutan's field of vision. When he reopens the cup, hilarity ensues.

Someone captured the adorable moment on camera, and uploaded the video to YouTube on Monday. Since posting, the video has been viewed over 3 million times.

Unsurprisingly, Zaleski said it was one of his favorite moments at the zoo.

Here's the full video in all it's adorable perfection:


Keep your eye on the ball: 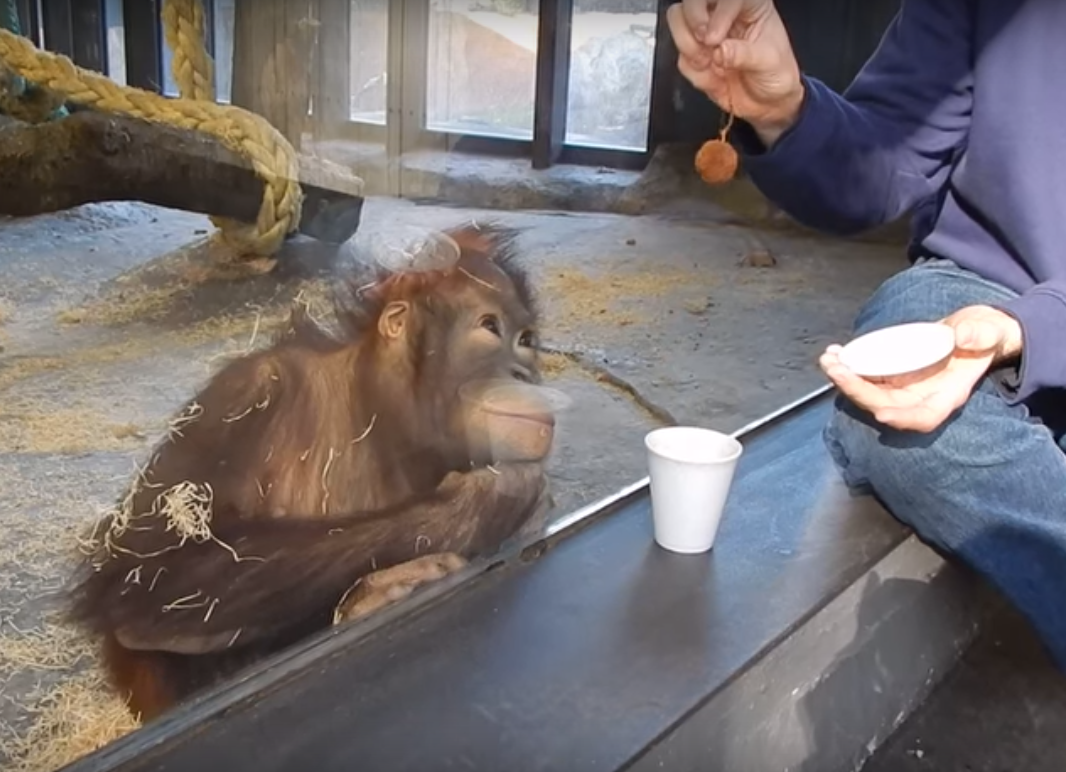 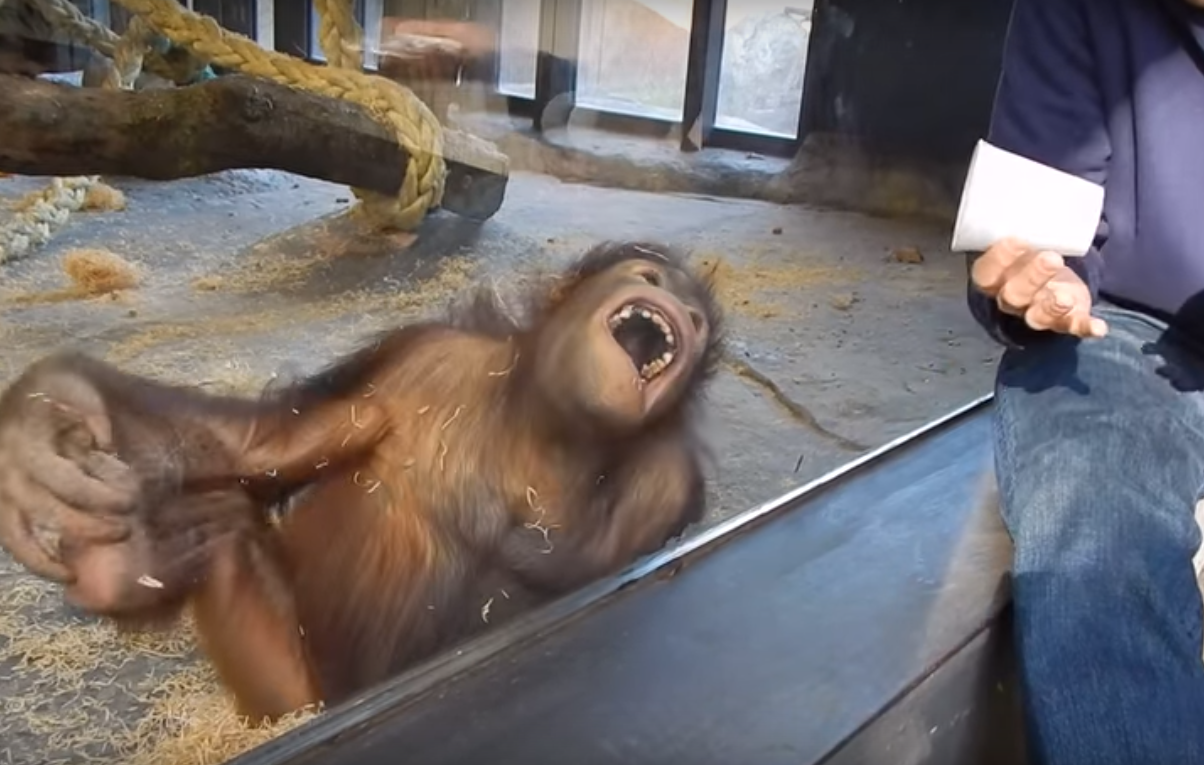 Seriously, have you ever LOLed this hard before? 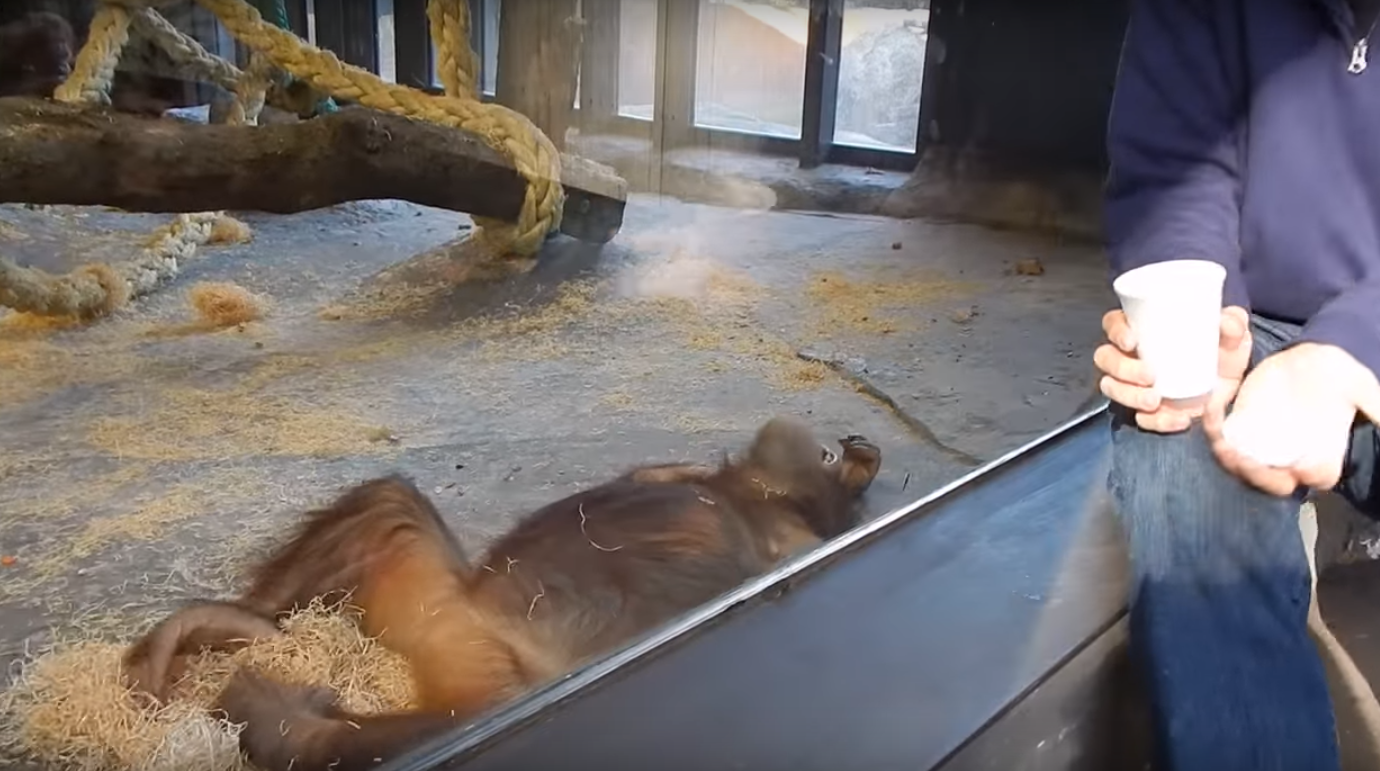 Aaaaand he's back up for round two! 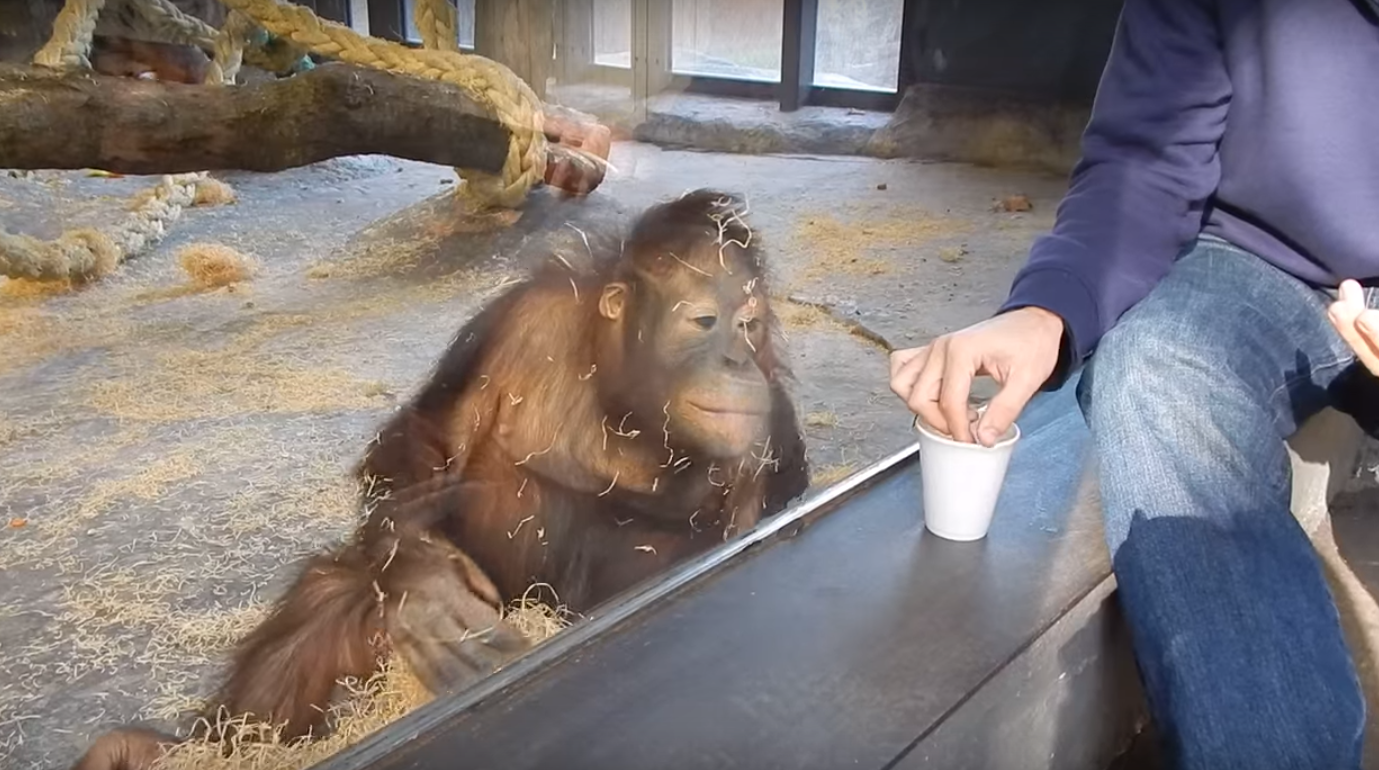 Certainly the reaction your grandpa had hoped for when he pulled a quarter out of your ear. Most likely not the one he got.

Check out this adorable baby Orangutan who was rescued after being left to die:

More uplifting animal news:
Santa Claus will be delivering puppies to people's houses on Christmas
Pregnant pig leaps off moving truck on its way to slaughterhouse, gives birth to 9 piglets
Smiling donkey is super happy after being rescued from flood