In honor of Human Rights Day, people reveal what they really think about the state of human rights in today's society

Whisper
"Human rights" might seem like a vague idea whose exact meaning gets lost in all the hubbub of modern controversy and social media. However, its true meaning is quite self-explanatory -- every human being has was born with certain rights.

While the United States' founding fathers defined these rights as "life, liberty and the pursuit of happiness," the modern definition of what what all people are owed sits under a much bigger umbrella.

Several people took to Whisper, the popular app that provides an anonymous platform for people to share their most honest thoughts, to reveal what they really think about the state of human rights in today's society.

Having controversial core beliefs might trump other positive aspects of a person's personality: 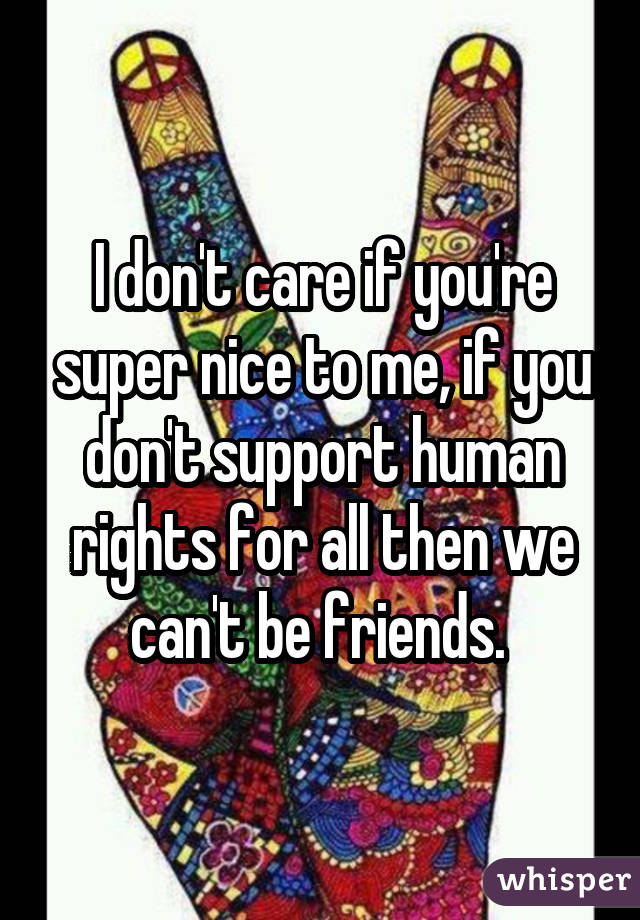 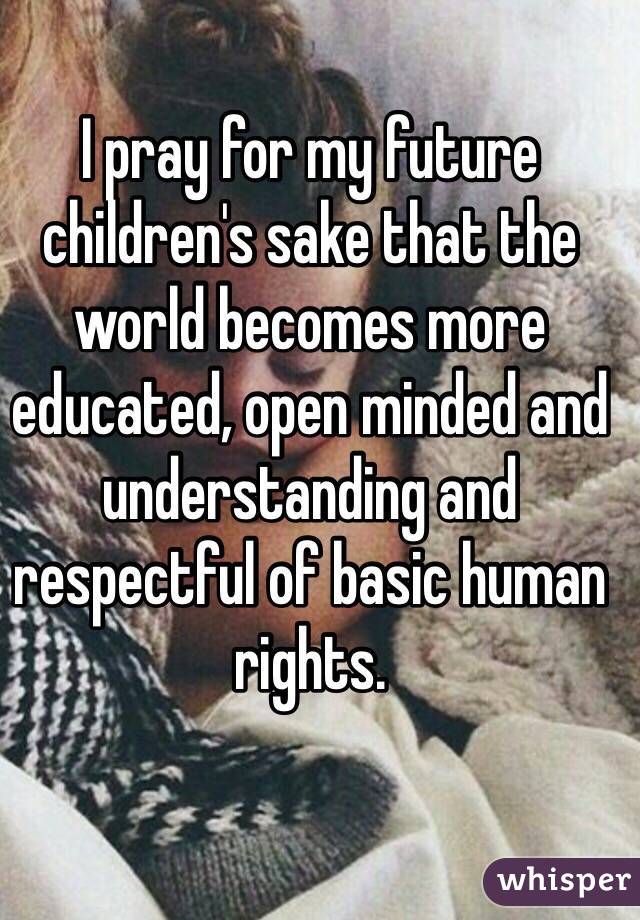 It often seems like financial business stands in the way of what should be automatic pleasure: 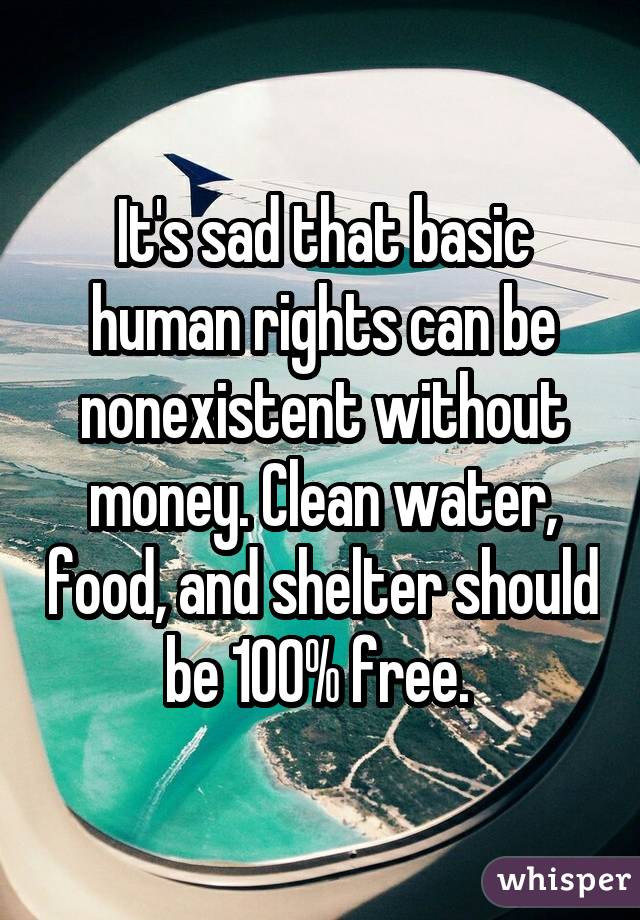 Something as simple as basic support can be surprisingly moving: 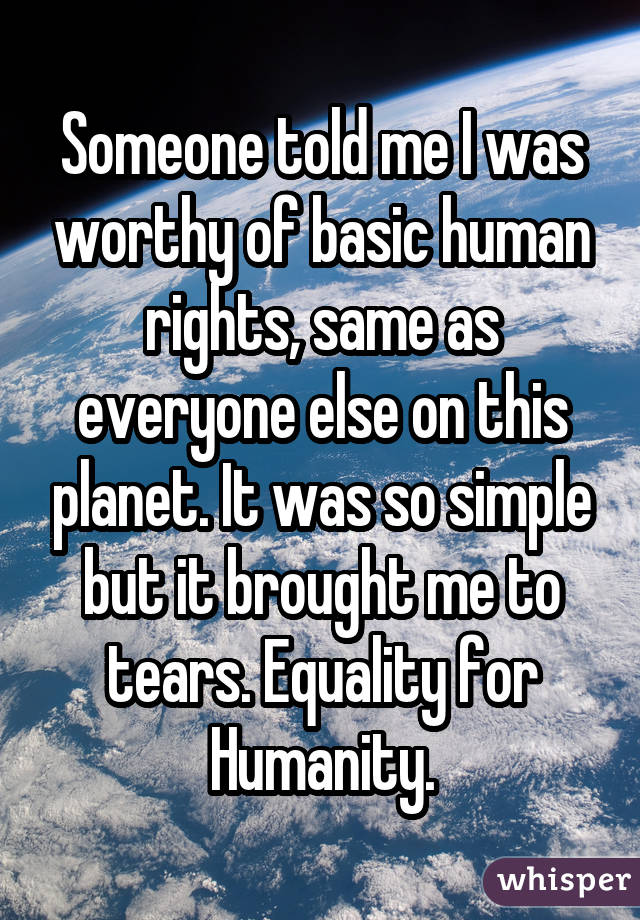 Human rights means that even the haters get a voice: 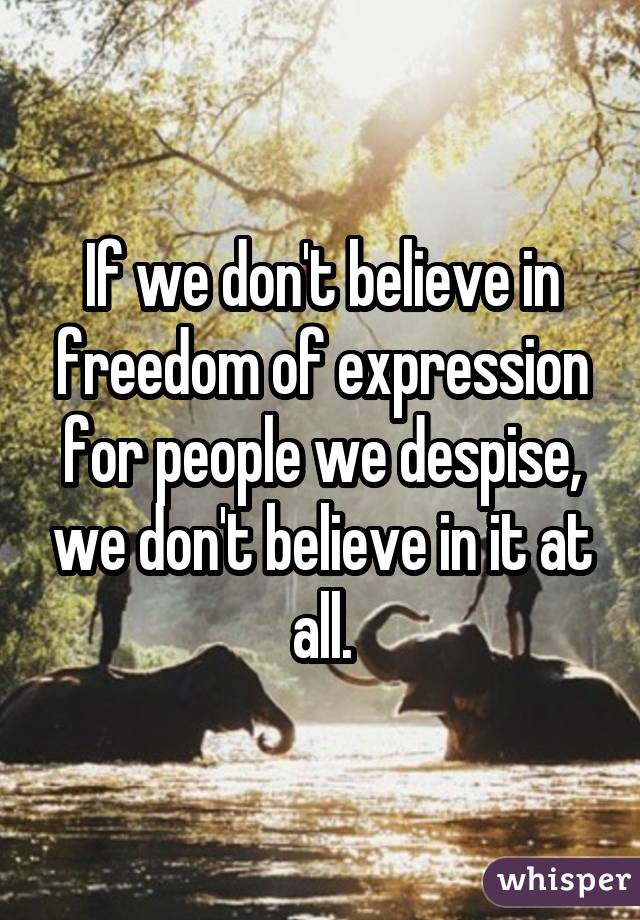 There's no place for exclusivity when it comes to human rights: 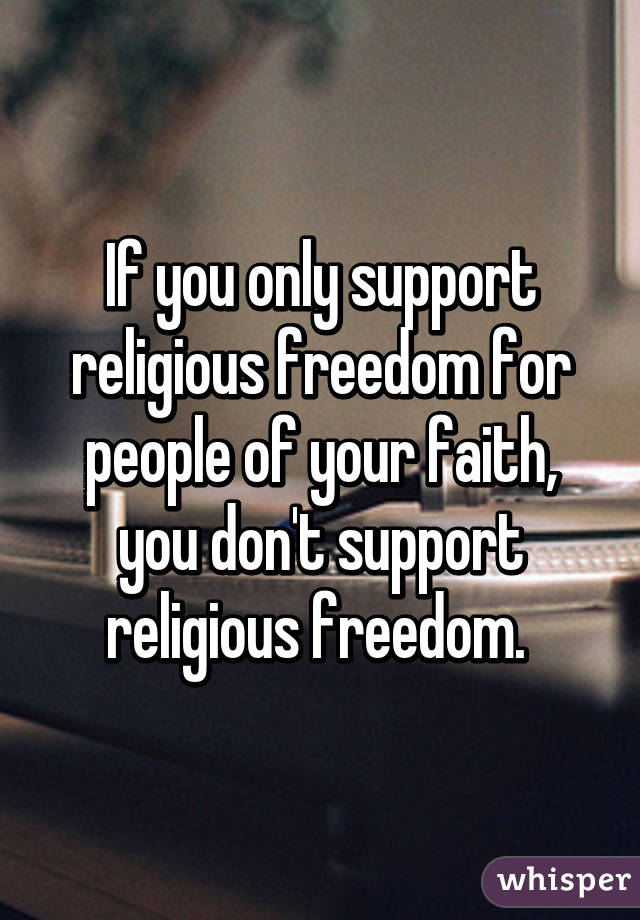 Appreciating the little things in life can make you feel unbelievably lucky: 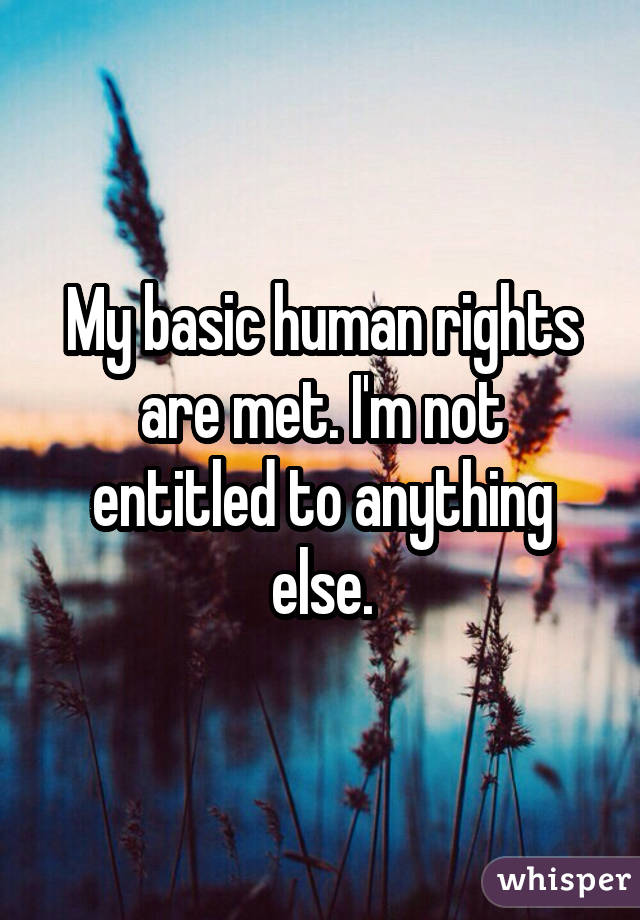 To some, utopia just means unity: 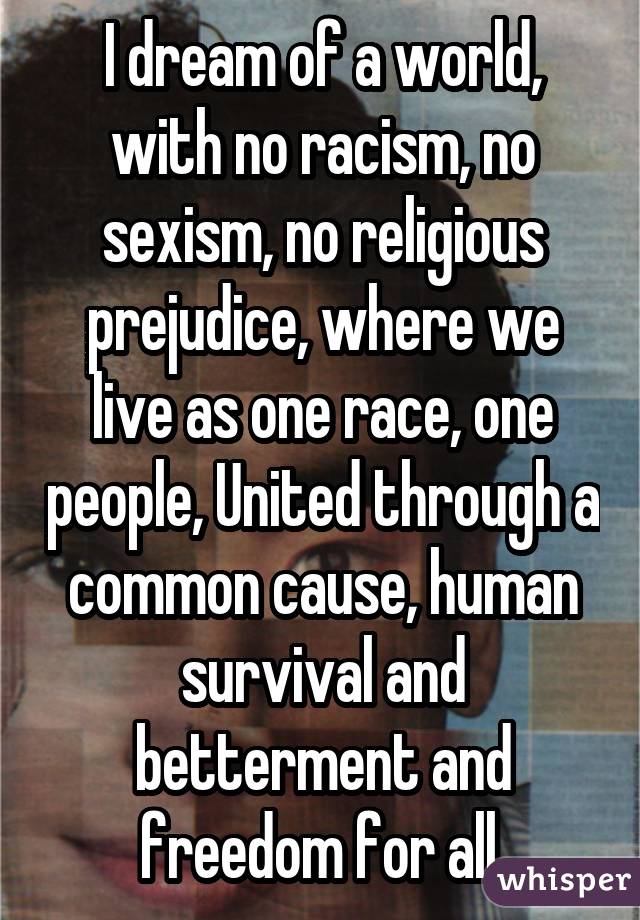 Personal prejudices aren't excuses for the denial of human rights: 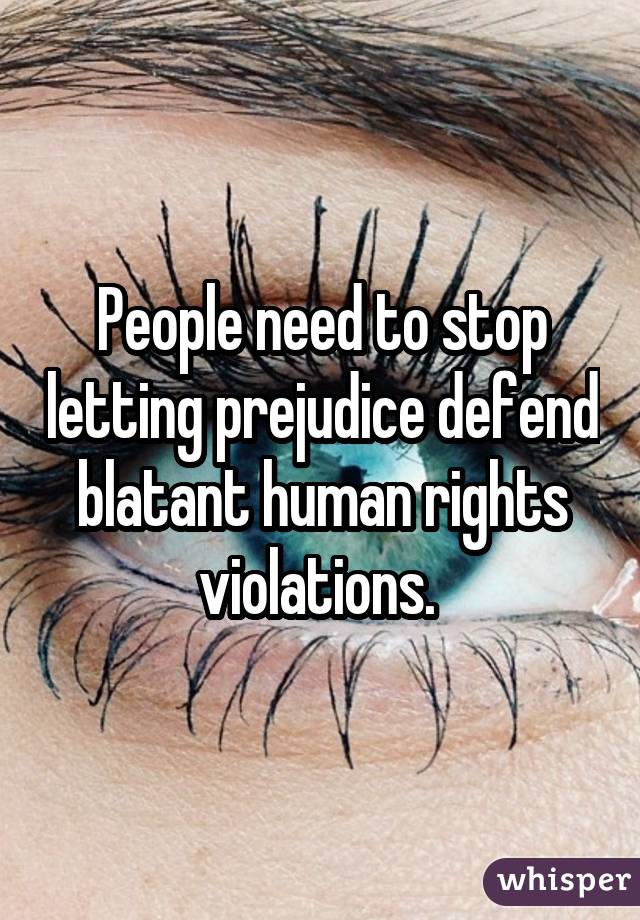 You know what they say: What goes around, comes around: 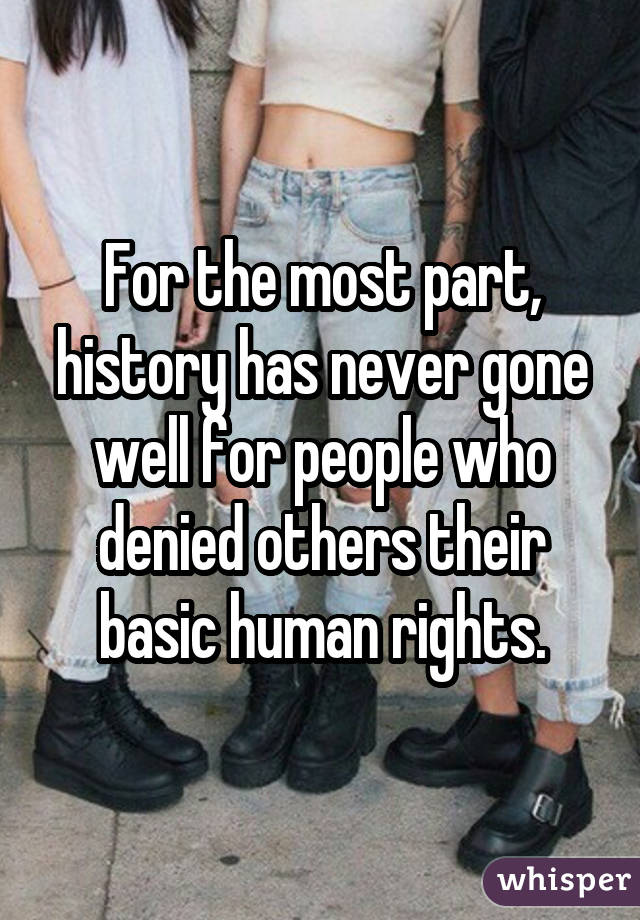 The devastating hate that some people show others makes for a dismal life outlook: 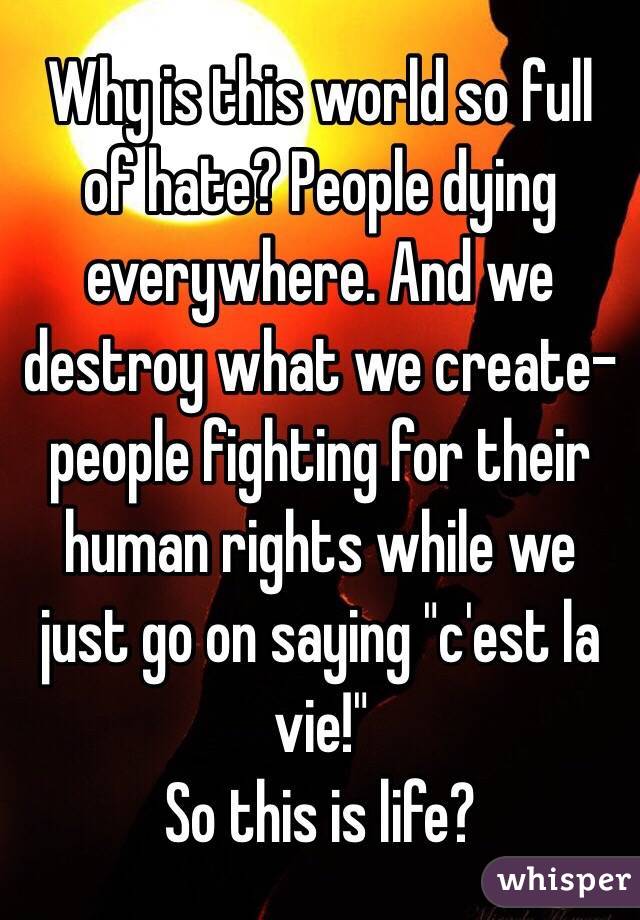 Here's some more on what exactly defines an unalienable right: