Woman destroys husband's car after catching him with another woman 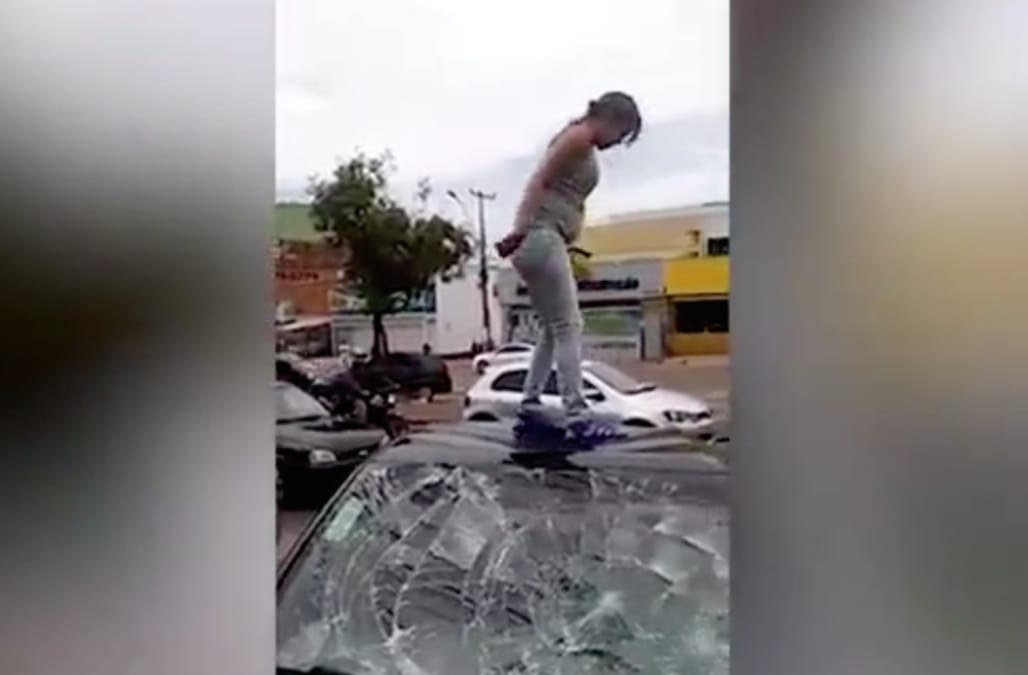 This is Carrie Underwood's "Before He Cheats" song played out in real life...to the extreme.

This unnamed woman's car destruction was recently caught camera in Ceilandia, Brazil, and is now going viral across the internet.

According to reports, the woman in the video allegedly caught her husband out to lunch with his mistress, and freaked out. What's even worse? The enraged woman appears to be pregnant.

The footage shows the woman smashing in the windshield, stomping on the roof, and to top it all off, whipping a giant rock into the back windshield.

You can see a good number of people stopped to stare at the woman, yet no one tries to restrain her — they just let her go to town on the now destroyed car.

The scorned woman is even seen ripping out glass from the windshield with her bare hands.​​ At this point, you'd think at least one concerned bystander would've stepped in...if not for the car, at least for the pregnant woman's safety.

According to the UK Daily Mail, the police were not called to the scene.

In a related story, this woman posted fliers of her "cheating husband" all over town: