Whisper
It's no secret that since he entered the 2016 presidential race, Donald Trump has stirred up lots of controversy throughout not only American society but also the international community with his extreme views and harsh promises.

Whether he's defending the idea of building a wall between Mexico and the United States, causing an upset among otherwise loyal 'Saturday Night Live' fans or the announcing a plan to ban the entry of any Muslim people into our country, Trump loses supporters almost as fervently as he gains them.

Several people who were especially incensed by Trump's ban on Muslims took to Whisper, the popular app that provides an anonymous platform for people to share their most honest thoughts, to share their brutally honest reactions.

Some patriotic American Muslims are hurt by Trump's policies and the way media spreads them: 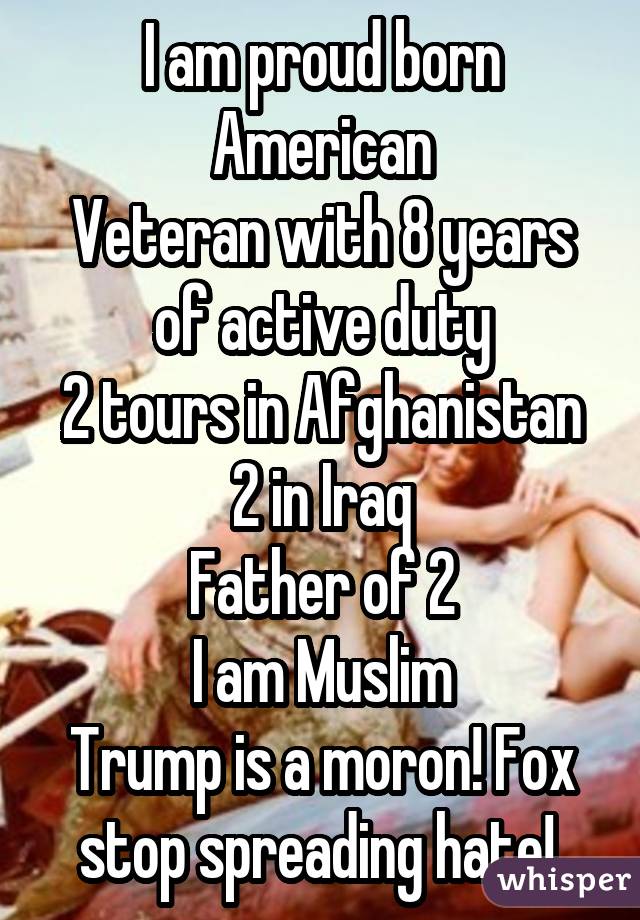 Maybe Trump's problem could be solved with a taste of his own medicine: 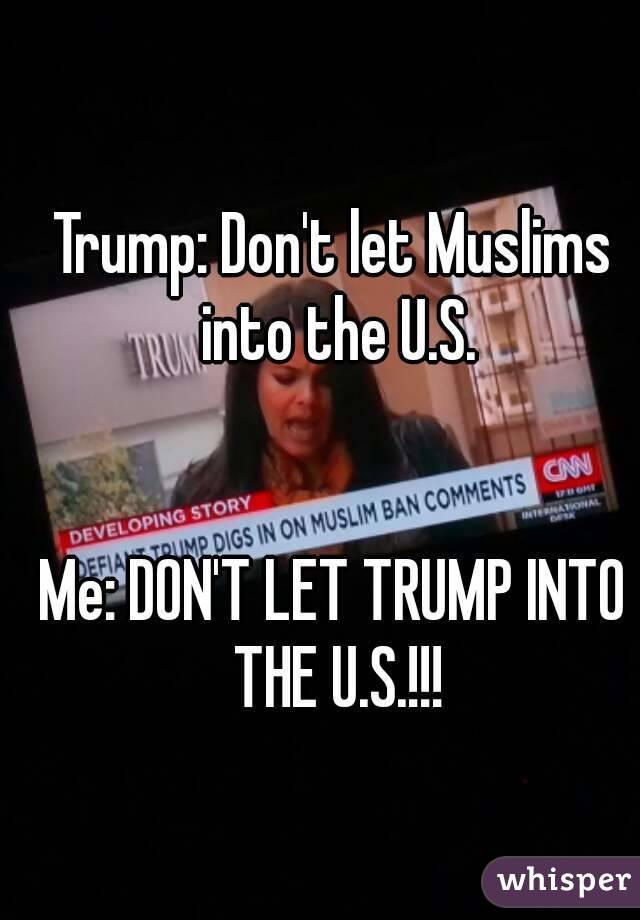 Trump's harsh policies turn the presidential election into a waiting game for some -- waiting for him to drop out: 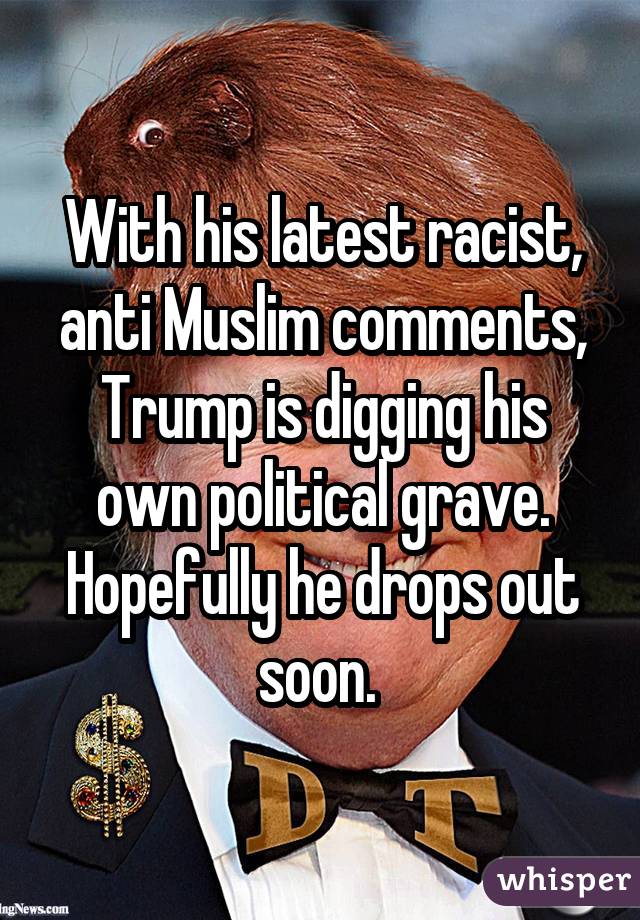 It raises the question: Are Trump's racist policies reminiscent of historical massacres?: 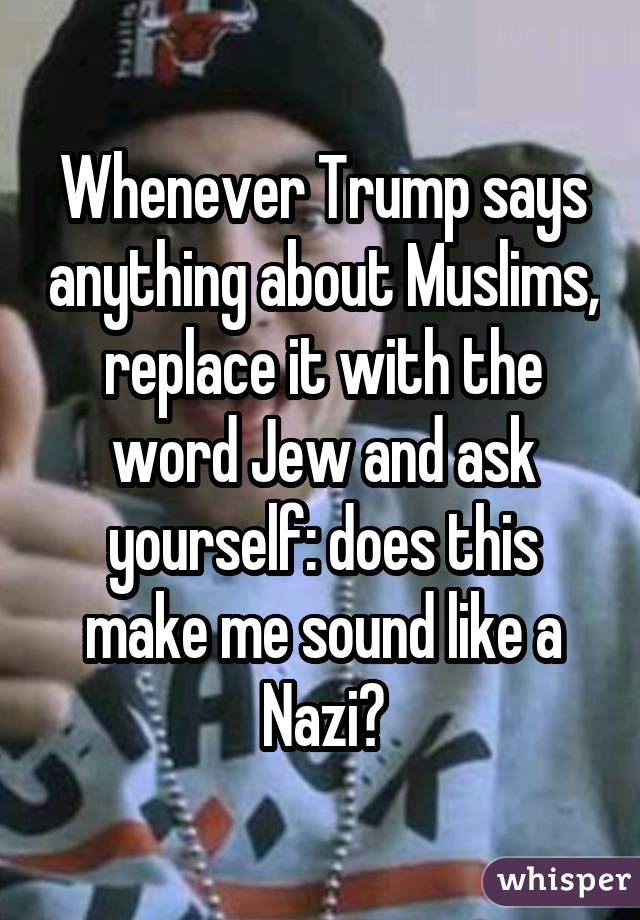 So much for freedom of religion...: 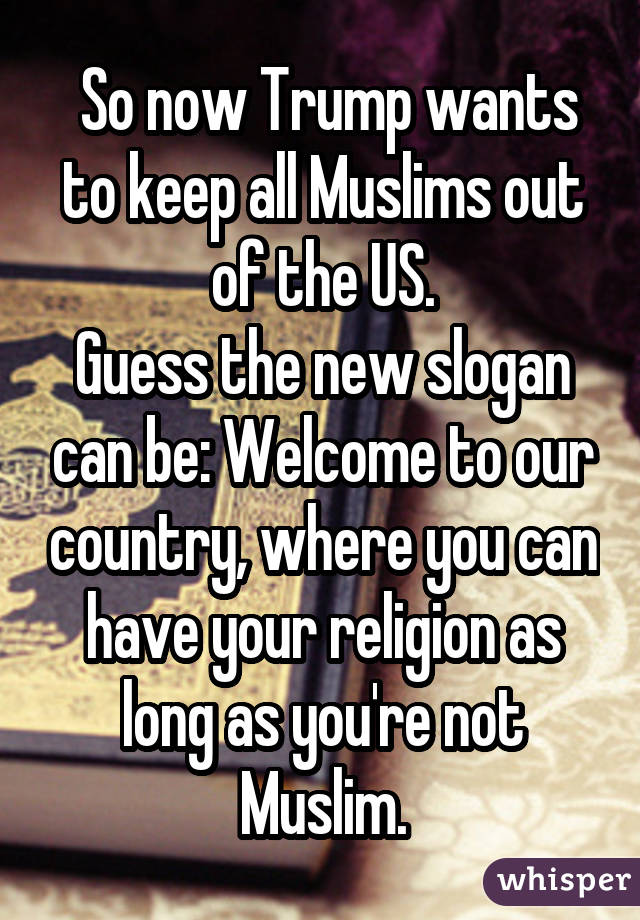 Does exclusion in itself contradict the idea of unity?: 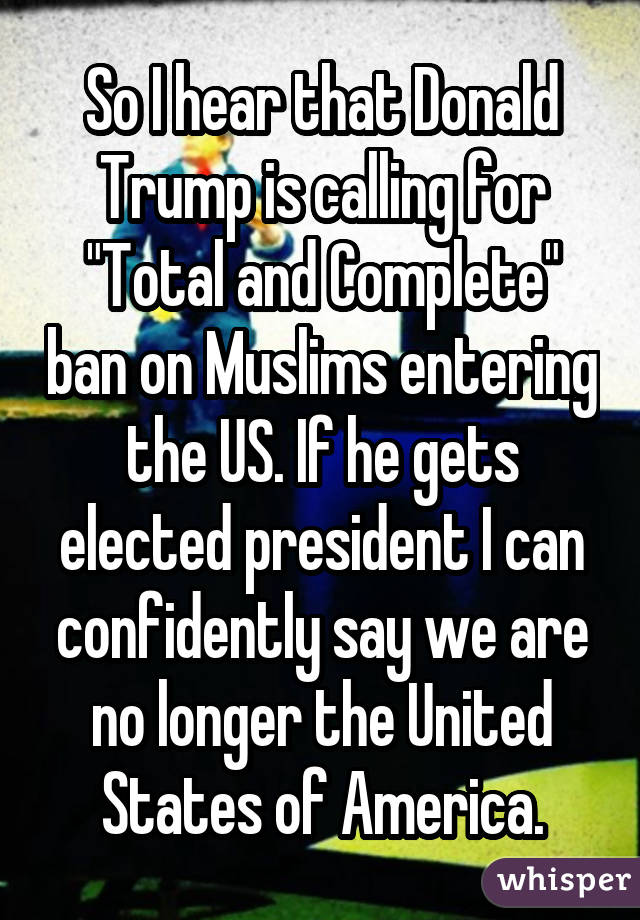 American citizens might suddenly feel ashamed of their culture in the one place they're supposed to feel free: 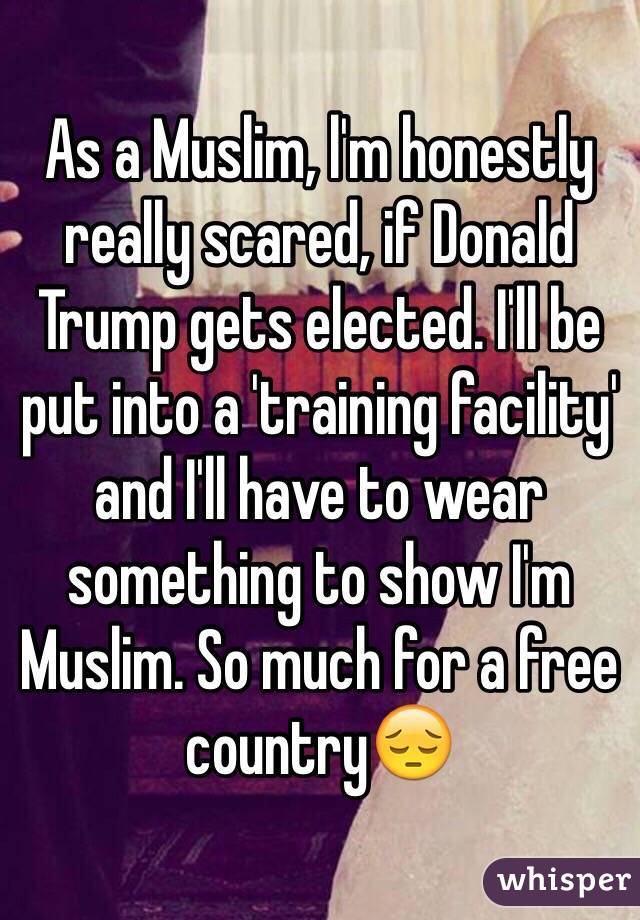 For more reactions to Trump, check out Whisper.

More on controversy stirred up by Trump's beliefs: