Video of elderly man dancing is the epitome of holiday spirit 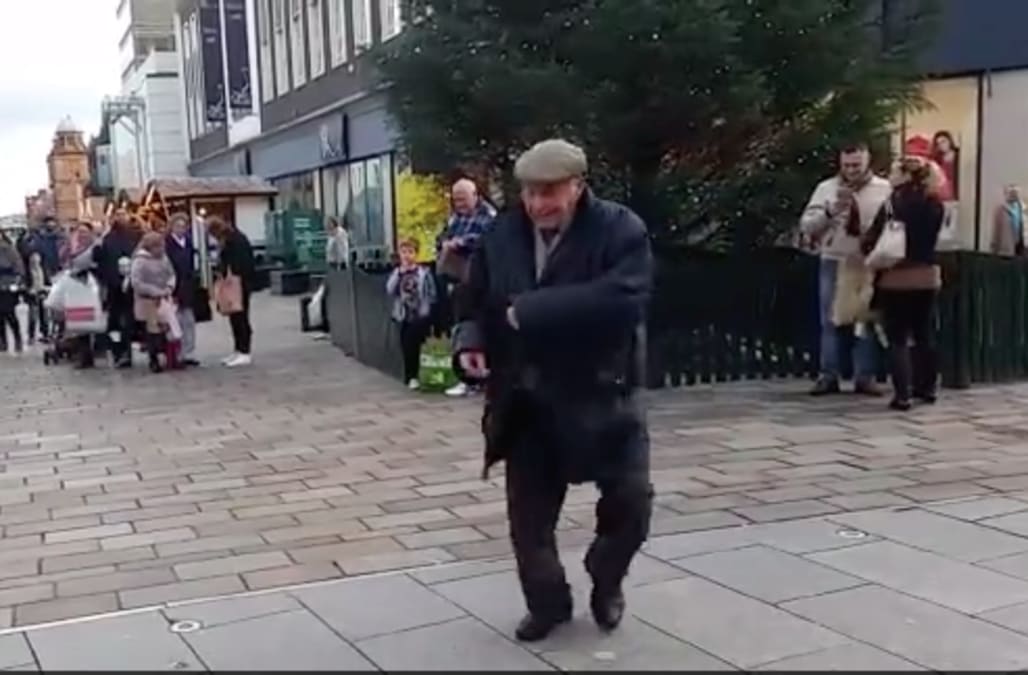 An elderly man in the United Kingdom is showing the world he's got the moves like Jagger after footage of him enjoying a festive jig in a town square has gone viral.

The dancing gentleman performed his spontaneous routine in the center of Linthorpe Road in Middlesbrough for a small crowd.

SEE ALSO: This woman dances her way through labor with the Nae Nae

The video, which was posted to Facebook on Dec. 6, has been shared over 2,000. It shows passers-by stopping and admiring the adorable man as he stomps his foot and slaps his knee to the music.

Jo Louise posted the footage, filmed by her own mother, on the social networking site with the caption, "Awe this is what Xmas is all about."

"I didn't expect it to get as many views and shares but it's clearly touched many people's hearts." Jo Louise, to Gazette Live

Since its posting, the gentleman's dance has been seen more than 160,000 times.

But Louise doesn't know who the dancing knight in shining armor is.

"I would love to know who he his and let him know how much everybody loves the video." Jo Louise

Whoever he is, we hope he keeps dancing his heart out.

See the full video below:

Check out the holiday moves from this flight sassy flight crew:

More from AOL.com:
This video of a man proposing to his girlfriend with a puppy will make your day
Young burn victim receives holiday cards from all over the world after Christmas wish goes viral
Bride shares special dance with the donor who saved her life
Tags
Read Full Story