A young burn victim is feeling the holiday love from all over the world after her Christmas wish went viral online.

In 2013, 8-year-old Sa'fyre Terry was involved in a terrible arson attack which killed her father and three siblings and left the girl with serious burns.

READ MORE: Mall Santa goes above and beyond to help comfort autistic boy

Two years after the accident, the girl still has a ways to go. Still facing a number of surgeries, the 8-year-old had a simple wish while she recovered at her home in home in Rotterdam, New York -- she wanted some Christmas cards.


According to a post on Imgur, Sa'fyre's wish is to "fill her card tree with cards from all across the world."

The girl suffered 75 percent burns on her body because of the arson attack, according to the post.


"Her dad shielded her from the fire, the firemen found her in his arms with her face buried in his chest." Skiba, Imgur user 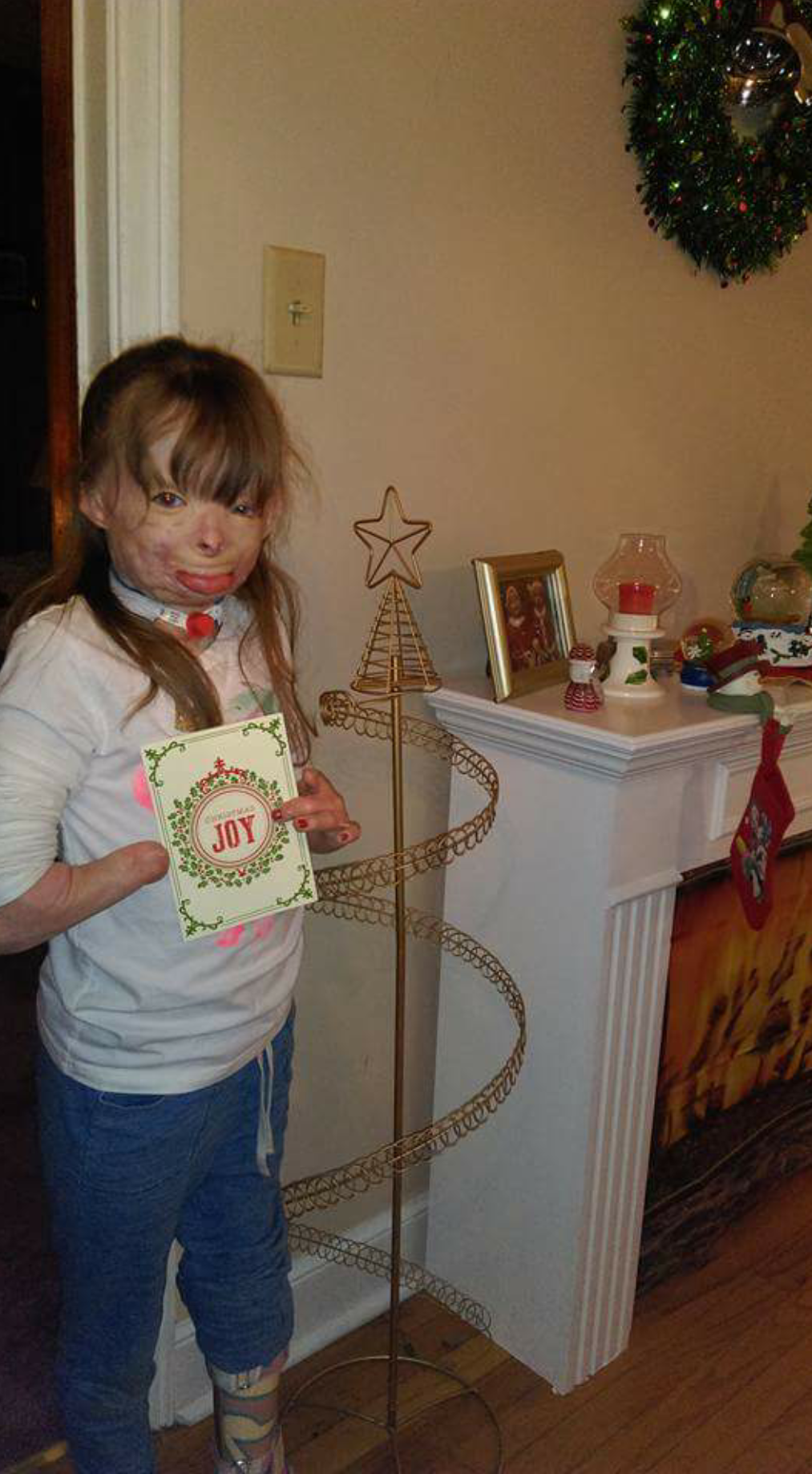 The user appealed to the generosity of the internet, asking people to help.

"Let's make this little girls [sic] Christmas wish come true. She wants to fill up her card tree. Please take a few minutes and send a Christmas card her way, she will love receiving cards from all over the world," Skiba said.

If you'd like to help spread the love, you can send Sa'fyre a letter to her address below:
Sa'fyre Terry
P.O. Box 6126
Schenectady NY, 12306

Check out these little girls who can't get over their adorable Christmas gift: