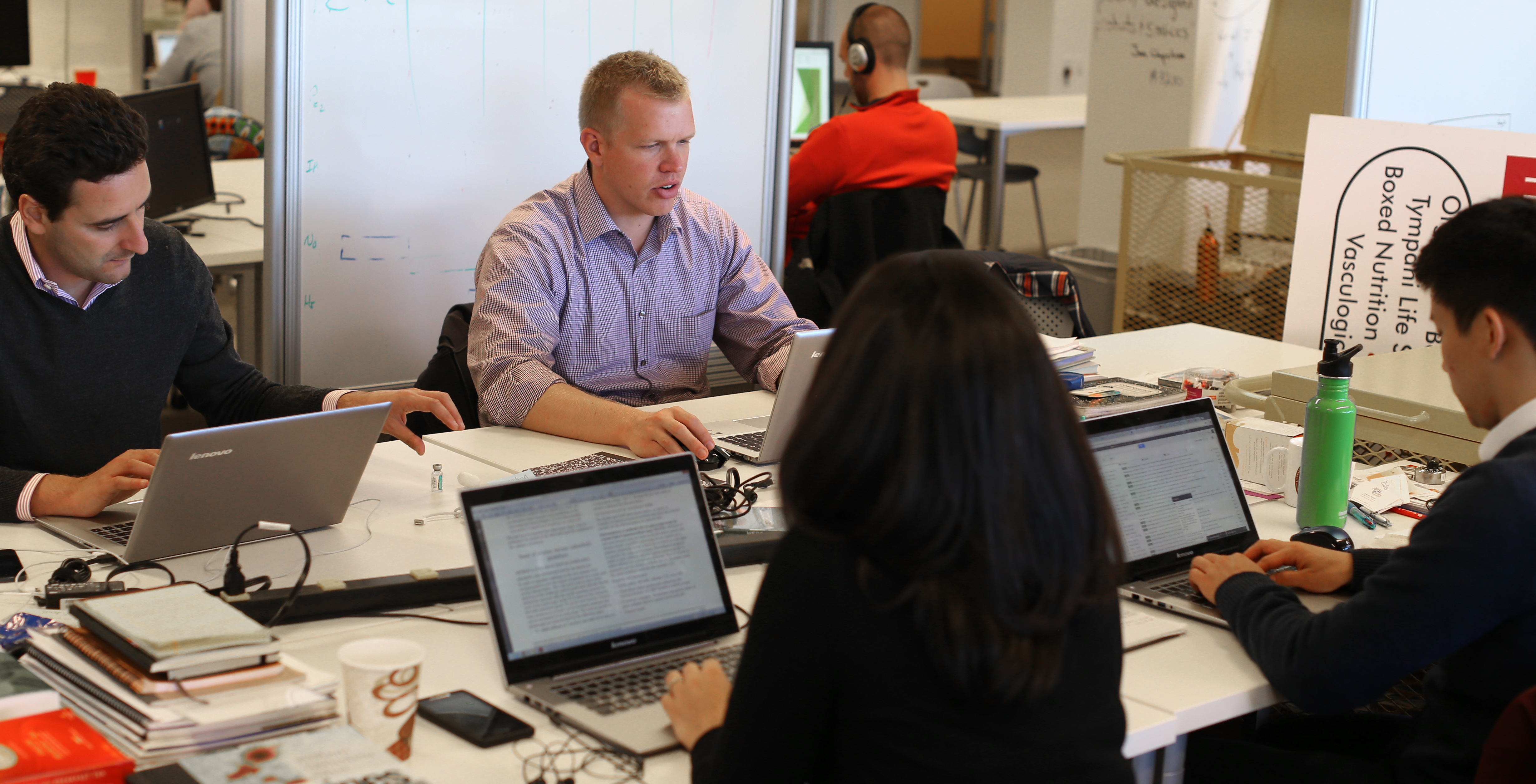 It's a rarity that an idea borne out of a classroom has the ability to take shape in such a powerful way -- but the team at Vaxess Technologies has come closer than many.

The company has worked to create silk-stabilized vaccines that can be shipped around the globe without refrigeration, and the creators knew from its infancy that their idea had the ability to change the face of global health.

Out of a Harvard University class, Vaxess Technologies co-founder Michael Schrader and his colleagues were able to transform a 'very crude business plan' into a $1 million award from Verizon on February 3, 2015, making an idea that has the potential to change the world into a reality.

GALLERY: See photos of the Vaxess team at work

It turns out that is not just a geographic coincidence.

"The regions suffer the most in terms of vaccination rates," Schrader explained. "If you take a trip around the equator, those are the countries that we believe are going to benefit most from this technology, in part because of the hot humid conditions that they are frequently exposed to."

In a Q&A with AOL.com, Schrader spoke about how the Verizon funding was a game-changer for the company in helping to extend the reach and access to vaccine products around the world.

What is the number one issue you think Vaxess can solve?

We've had some great discussions with folks in the world of global health talking about the logistical challenges of delivering vaccines to the most remote regions of the world. If we step out of our American pocket for a second where we understand that energy and power supplies are pretty readily available everywhere you go and think about what it looks like in the rest of the world, it's very very daunting to keep a product between two and eight degrees Celsius from the time of manufacturing until delivery to the final patient -- which is the current requirement for nearly every vaccine on the market today. So if you imagine the freedom you can impose on these global health organizations, these governments in many cases, that are delivering these products, you basically say, 'Now you can ship these products without worrying about the cold chain.' It really gives them the opportunity to expand access much, much, much more easily than they currently can do.

Which vaccines does Vaxess look to incorporate or has already incorporated its fiber technology into?

"If you take a trip around the equator, those are the countries that we believe are going to benefit most from this technology, in part because of the hot humid conditions that they are frequently exposed to" Michael Schrader, co-founder, Vaxess Technologies

How did the Verizon Powerful Answers Award help to change the course of Vaxess' progress?

We are able to really tinker and expand the range of products we are looking at. So we can look beyond just those products that are really commercially compelling and we can start to explore more of those products that are really, really, really big from a global health standpoint. Similar to the NIH and NSF funding, clearly push forward s polio and rotavirus -- we have worked with a number of other vaccines that have a huge global impact, or have the potential to have a huge global health impact because of that Verizon funding.

What was the biggest surprise to you in terms of global health standards or vaccination standards that you didn't know prior to starting this company?

Prior to starting the company, I spent seven years working in the auto industry. In the auto industry, we always complained about the challenge, the rigor of the safety requirements that are levied on every auto manufacturer. So the vehicles that you get in are put through an incredible gamut of tests to show that they're safe. Those absolutely pale in comparison to what you see in the vaccine industry. The FDA and the European regulatory agencies are incredibly stringent. The tests that they ask for, the quality control that they ask for is remarkable.

In reality, I'm thrilled about that. It's absolutely the way it should be. We're administering these [vaccines] to help people, healthy patients, and in many cases, children -- so those safety and quality standards are absolutely on a different level, in my opinion, than any other product that's on the market for any other industry and I'm thrilled to see it.

What kind of long-term mark do you think Vaxess has the ability to leave on global health?

I think our dream scenario -- the reason that polio has been our lead product from day one -- is simply because we're on the verge of eradicating that, and likely even post eradication, the product will still be administered for some period of time. How long that will be is not going to be up to us, but ultimately we hope, our dream is to play a role in the eradication of polio and as I mentioned, to follow behind that with some of the other diseases that we think over the next 30, 40, 50 years will go the way of polio and smallpox and eventually no longer plague mankind. So in the next five to ten years, playing a part in that polio eradication and maintenance of that polio eradication is probably the near-term goal with a number of other vaccine targets hopefully to follow.

On Wednesday, Verizon will announce the 2015 Powerful Answers Award winners live on AOL.com. Be sure to catch the event at 2 p.m. EST and learn about the innovative solutions of our future.

More from AOL.com:
HIV infections fall over last decade, progress uneven
The high cost of cancer drugs depends on where you live
Food-borne bacteria: The 6 riskiest foods to eat