Finally explained: Real people tell all on why they tip poorly in restaurants

As confessions from real people have proven before, working in the customer service industry can be extremely difficult. Customers can be needy, demanding and even rude at times -- when the tables are turned, what do you think customers would candidly say about these employees?

A positive employee/customer relationship isn't necessarily easy to cultivate, especially when dealing with something as precious as food. Many people are very particular about the kind of experience they have in restaurants, and need to be genuinely impressed in order to leave a significant tip.

Whether refusal to leave a tip correlates with dissatisfaction at the server's performance or personal lack of funds, tipping is a controversy that affects all restaurant-goers and employees.

Several people took to Whisper, the popular app that provides an anonymous platform for people to share their most honest thoughts, to explain why they might either tip poorly, or sometimes not at all, in restaurants.

Maybe this customer would be more impressed if his waiter did some tricks while bringing the food: 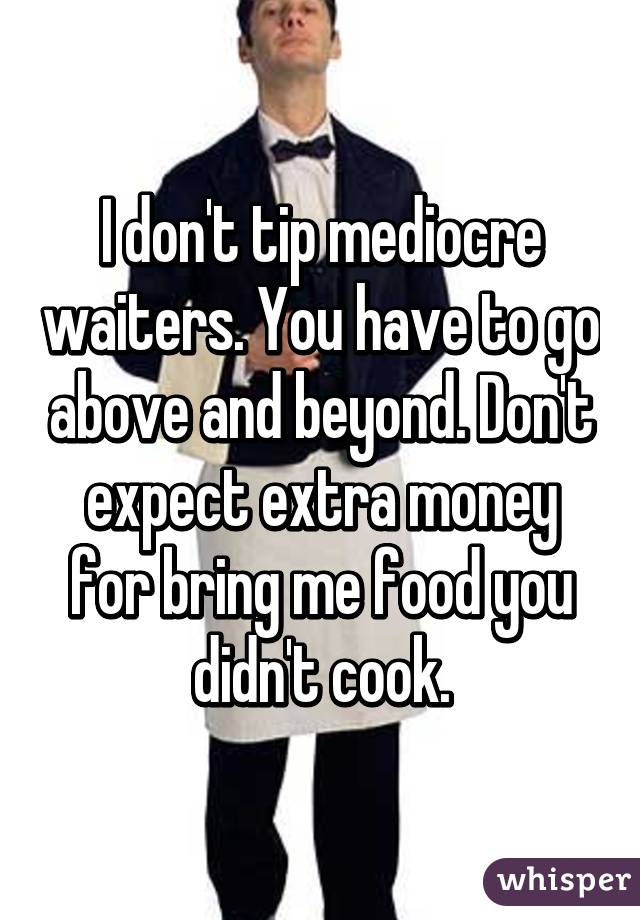 The cost of a tip might be more significant to a customer than you realize: 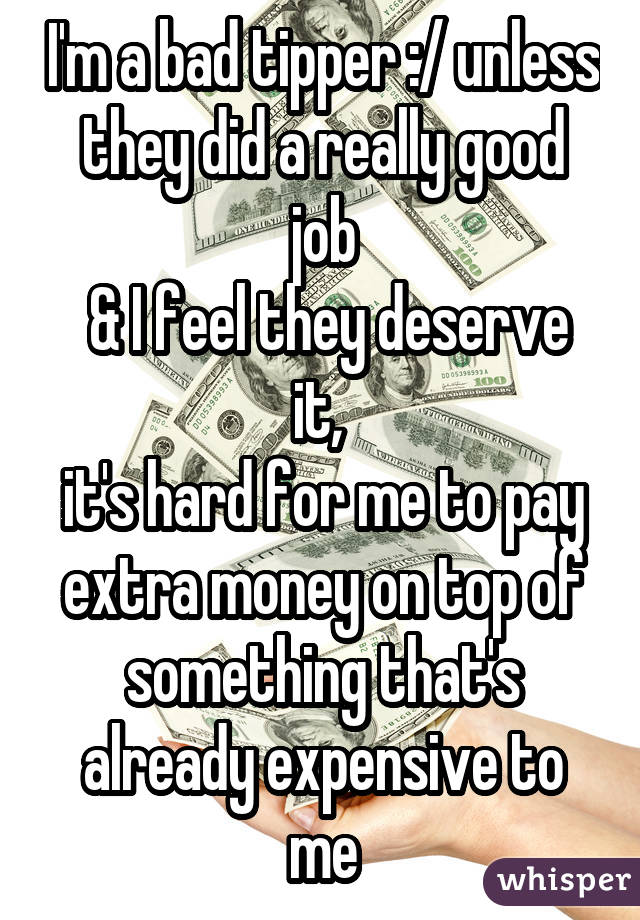 Hey, at least you're self-aware: 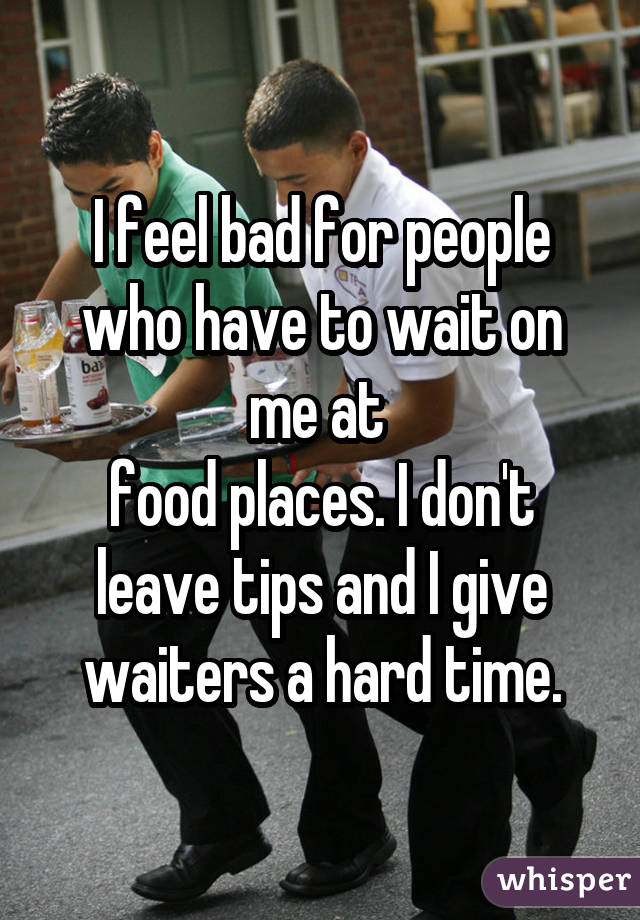 Some people use their lack of tips as passive career advice: 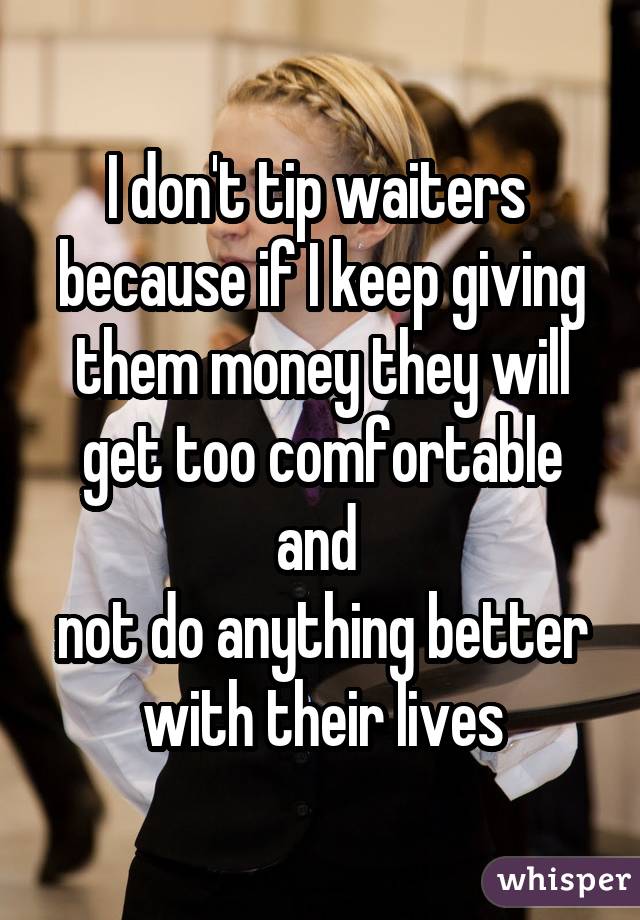 Hasn't anyone ever told this person that an eye for an eye makes the whole world blind?: 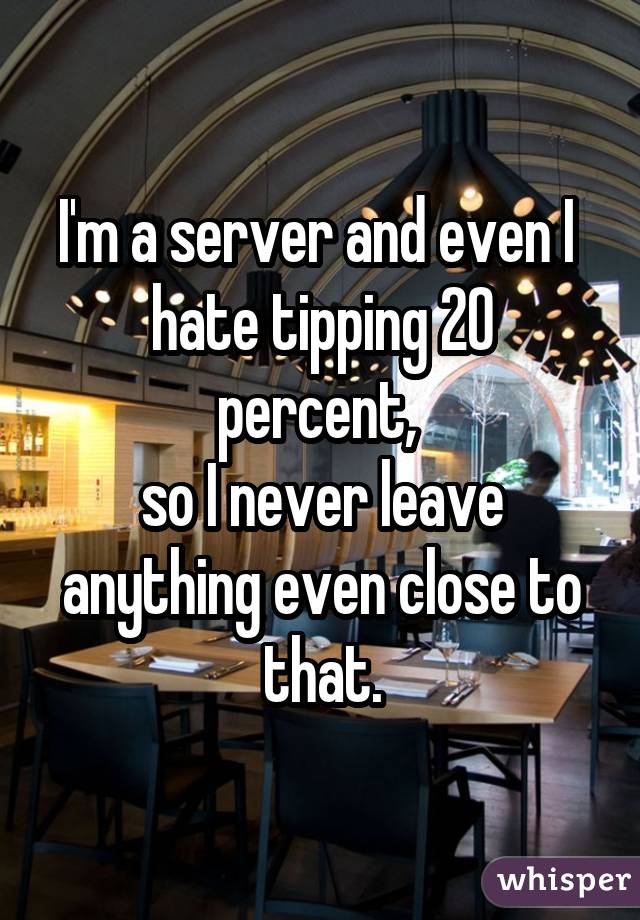 This person would be willing to tip if restaurants doubled as spas: 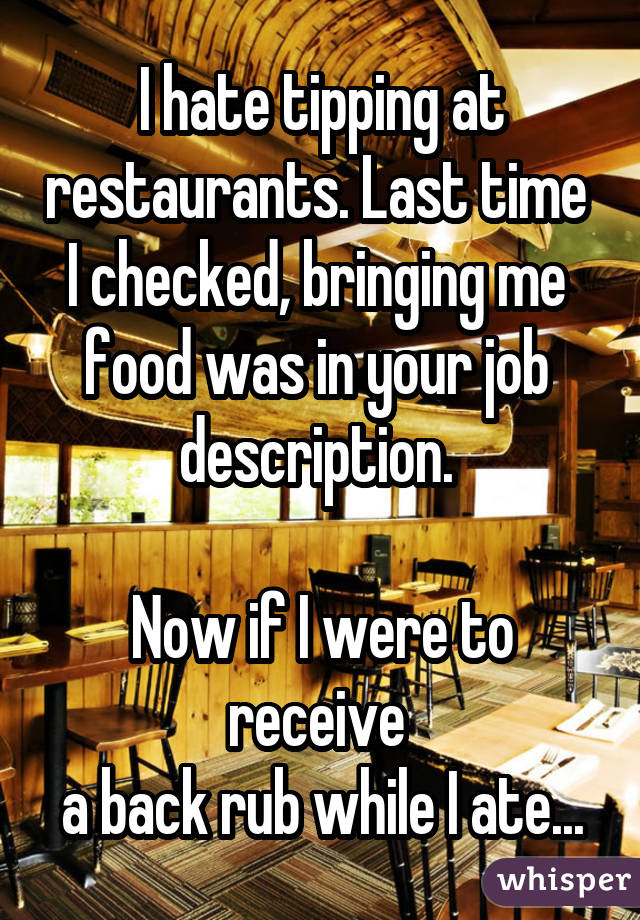 People view tipping as a reward for hard work instead of a necessary part of a server's wages: 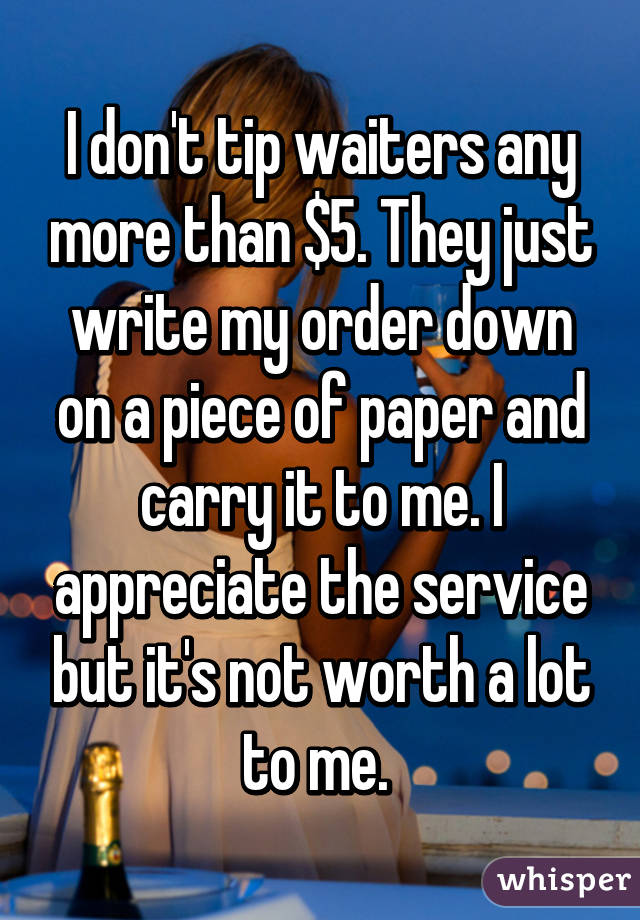 Maybe restaurants started including these gratuities because you don't tip: 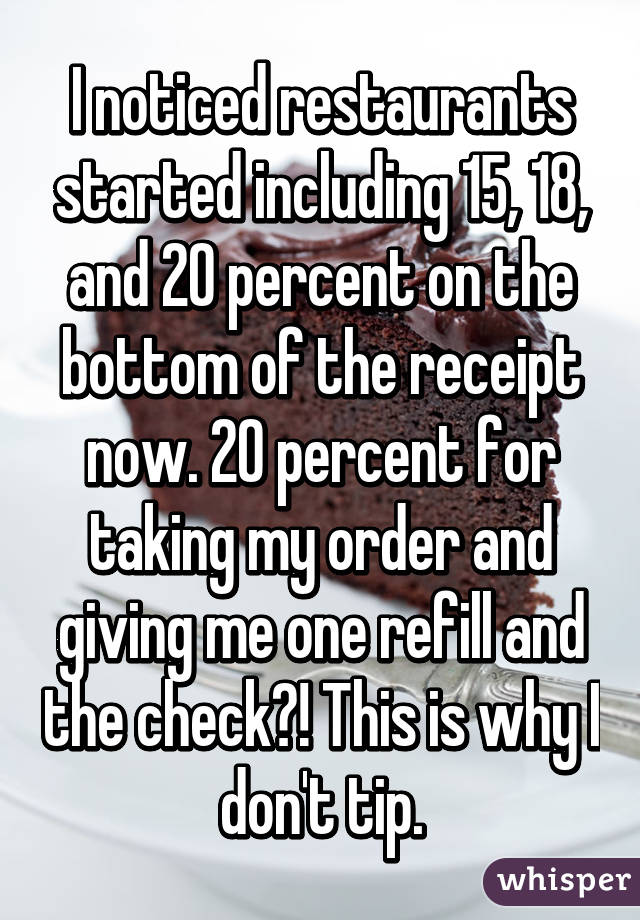 This person seems to think he or she is fighting back against societal norms by not tipping: 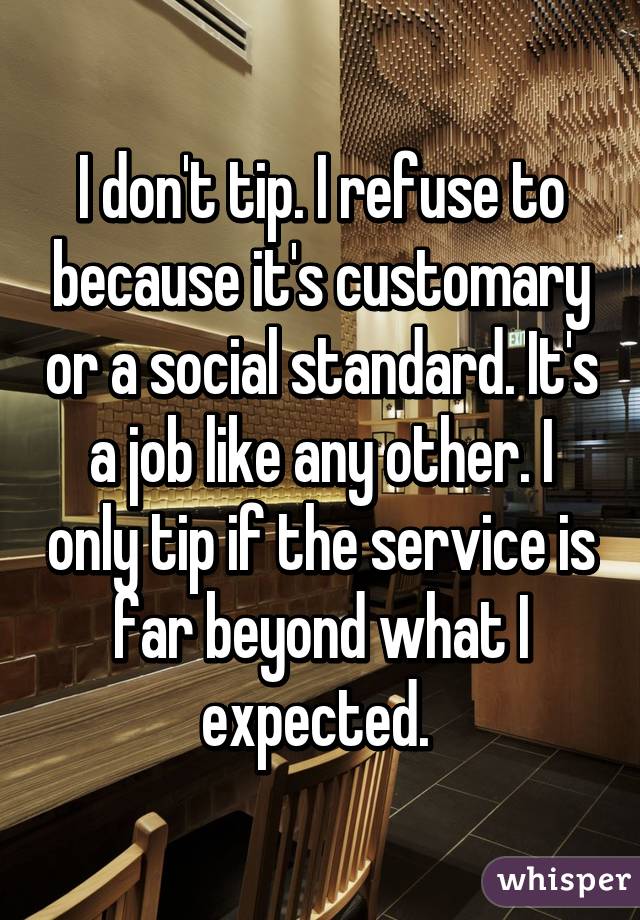 Some people's issues with tipping might go a little deeper than quality of service...: 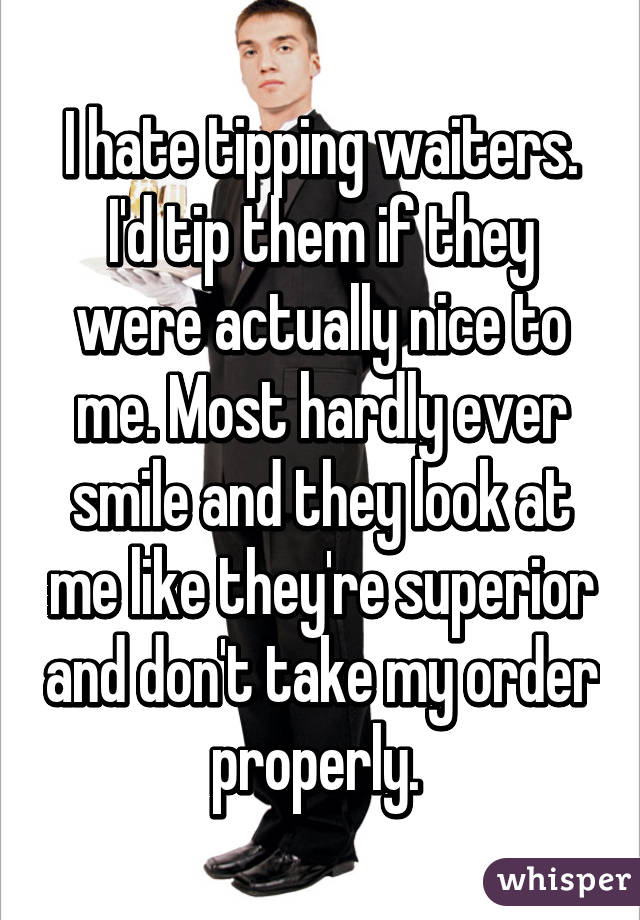 Want to hear more from dissatisfied customers? Check out Whisper!

Get some more insight into who's tipping and who isn't:

More Whisper confessions:
Real mothers speak out on breastfeeding
Do you believe in life after love? Real people tell the struggles of post-divorce dating
Real-life 'nanny diaries': What your nannies are really thinking and doing
Tags
Read Full Story