Winter Storm Delphi has been named by the winter storm naming committee at The Weather Channel. Delphi will bring significant snow to parts of the northern Plains and Upper Midwest to start this week, including Minneapolis/St. Paul, Sioux City, Iowa, and Sioux Falls, South Dakota.

See photos of the winter season so far this year:

Low pressure in the upper atmosphere has been stuck swirling over the Great Basin during the Thanksgiving holiday, trapped to the south of a corresponding area of high pressure aloft in an atmospheric logjam known to meteorologists as a "Rex block".

As a result, the weather had been rather stagnant and unchangeable, with periods of freezing rain, sleet and snow in the Plains and West from Winter Storm Cara in recent days. 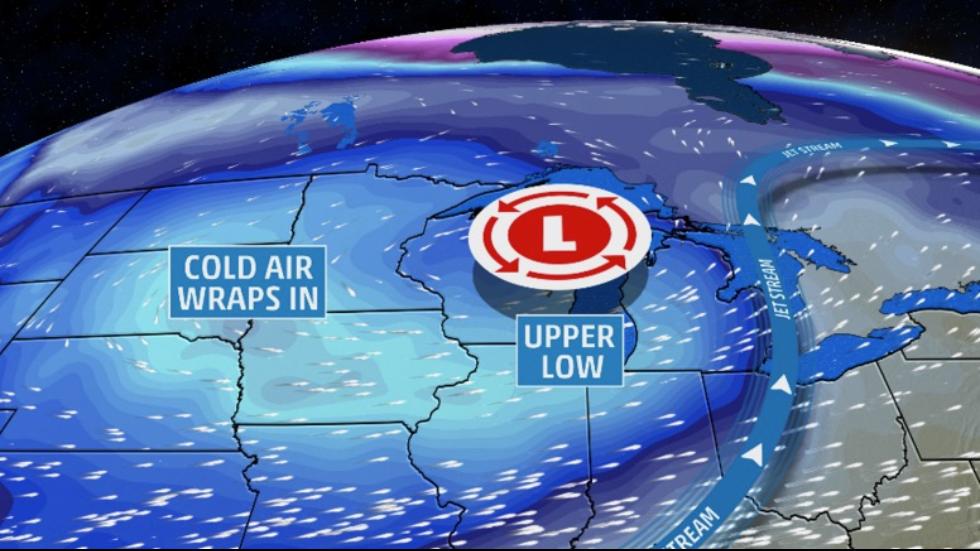 The upper-level low mentioned above will finally pivot east into the Midwest early this week. As it does so, moisture in the atmosphere will be lifted, and cold air in place will yield a swath of snow from late Sunday into Tuesday night from the High Plains to the Corn Belt, Upper Mississippi Valley and northern Great Lakes.

Winter storm warnings and watches have already been posted from central Kansas through eastern Nebraska, eastern South Dakota, southwestern Minnesota and northern and western Iowa, meaning the possibility exists for snowfall amounts greater than 6 inches within the next 48 hours. 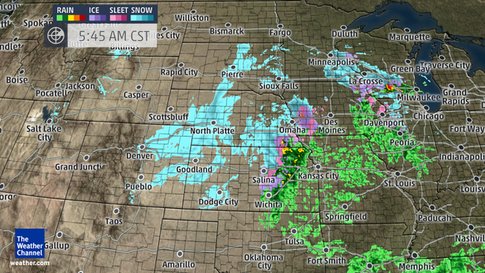 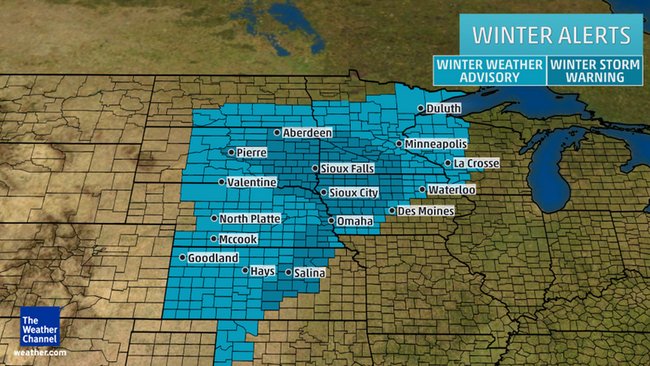 In addition, some sleet or freezing rain is possible to the east of that snow area from the Texas Panhandle and northwest Oklahoma to central Kansas, southeast Nebraska, central Iowa, far southeast Minnesota and southwest Wisconsin.

Winter Storm Delphi to bring more snow to Northern Plains, Upper Midwest, including Minneapolis
Al Frelk walks his dog, Shiba, 10, in Lords Park in Elgin, Ill., on Saturday, Nov. 21, 2015. Asked about the snow, Frelk said, 'It's beautiful, but can be tough to drive in. Though Shiba has been waiting 9 months for this.' The first winter storm of the season dropped more than 10 inches of snow at numerous Chicagoland locations. (Stacey Wescott/Chicago Tribune/TNS via Getty Images)
Up Next

This may lead to a challenging morning commute in Omaha and Lincoln, Nebraska. Monday afternoon's commute may be tricky in Sioux Falls, Omaha, and Minneapolis/St. Paul. 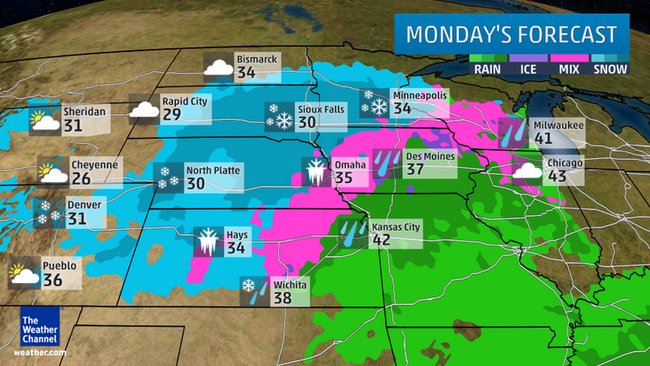 Leftover snow is possible in the northern Great Lakes and Upper Midwest, from Michigan's Upper Peninsula to northern Wisconsin, Minnesota, Iowa and parts of the Dakotas.

This has the potential to disrupt both the morning and afternoon commutes in Minneapolis/St. Paul, and leftover snow and wind in the morning could also pose problems in Sioux Falls.

Any lingering snow showers should end early on Wednesday. 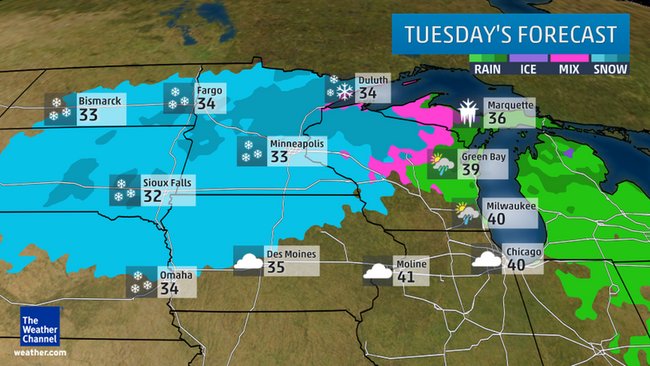 With some uncertainty remaining in the forecast depending on how the storm system evolves, here is the general snow total outlook through Tuesday night:

Parts of southeast South Dakota, northeast Nebraska and northern Iowa just finished digging out from Winter Storm Bella, which dumped up to 18 inches of snow near Sioux Falls last weekend.

Interestingly, according to the National Weather Service, the period from September 1 through November 26 was the second warmest such period on record in the Twin Cities. 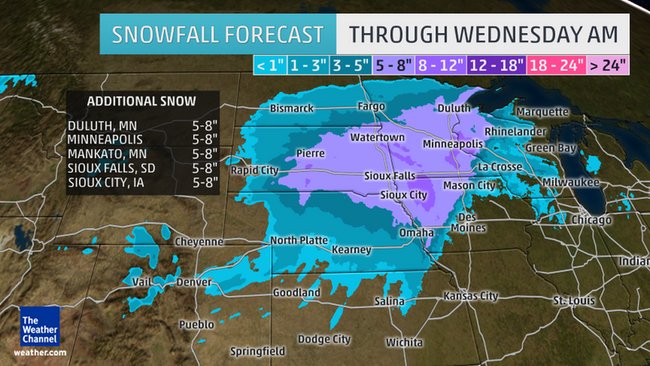