Campus police have just announced that the "giant pencil," which vanished from it's post in Pickett Park last week seemingly without a trace, has been found completely unharmed. According to Perdue's police captain, Carol Baunach, the pencil was believed to have been missing since at least November 11.

The university couldn't be more excited to have it back:


Thank goodness! Just in time for our Scantron exam! Purdue police have recovered the giant missing pencil; it even has its eraser intact.

Purdue's website reported that a passer-by discovered the pencil lying in the grass at Slayter Center around 8 a.m. Thursday morning and called campus police.

Originally placed outside of Beering Hall near the Loeb Fountain in 2010 as a way to highlight the accomplishments of Purdue's Online Writing Lab, the pencil was relocated to Pickett Park during this fall semester. 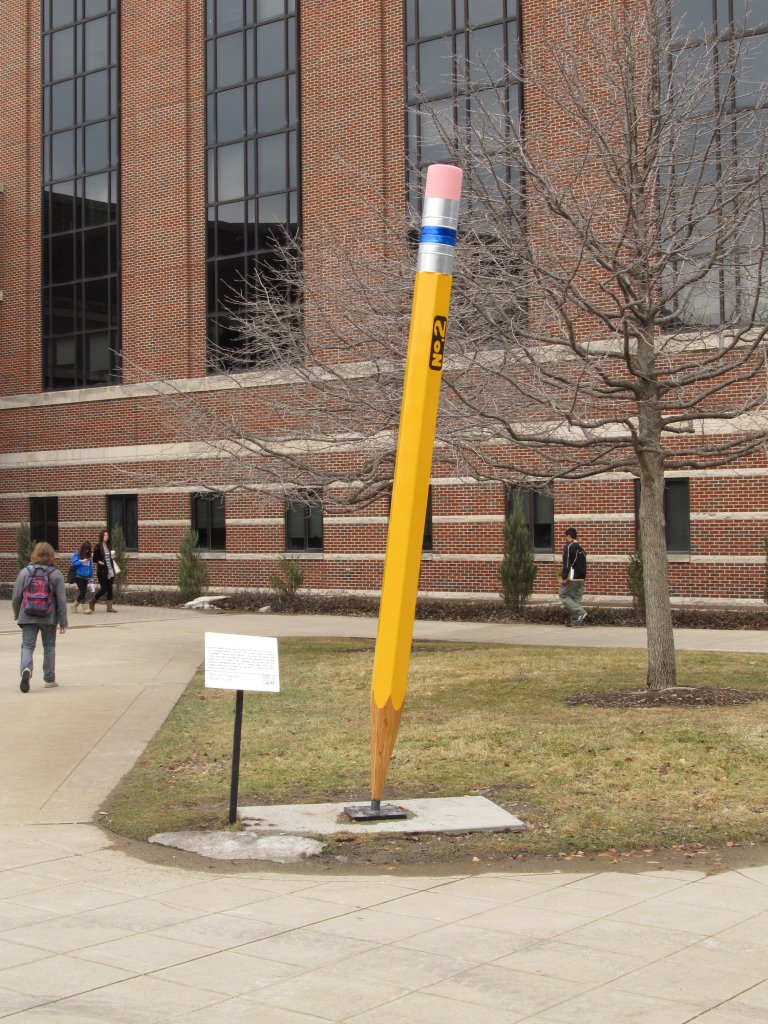 The behemoth art supply, which, at 12 feet tall and 200 pounds would tower over your garden variety number 2, is made of cedar wood and is estimated to be worth a staggering $9,000.

The pencil will now be taken to Purdue's carpentry shop where it will be prepared for reinstallment at it's Pickett Park home.

Students are still encouraged to remain sharp and vigilant, and continue reporting any tips they have on the thief, still at large, to the Purdue Police Department at 765-494-8221.

Did someone have a big Scantron test? Purdue's giant pencil is missing. https://t.co/QChx9vTHMWpic.twitter.com/HTlmPrgIkS