10 things you may not know about Mickey Mouse!

It's hard to believe that our favorite mouse, Mickey Mouse turns 87 today!

Of course we know Mickey Mouse is a cherished childhood memory, how can he not be? If you close your eyes and take a ride back to your childhood, Mickey Mouse is everywhere you turn. Mickey is an icon when it comes to pure imagination.

SEE ALSO: 8 things you may not know about Walt Disney

Odds are you know the basics about the famous mouse, like his first original name was Mortimer. Although, we are happy Walt Disney stuck with Mickey!

We've decided to comb through some interesting tidbits about Mickey and have listed them below: 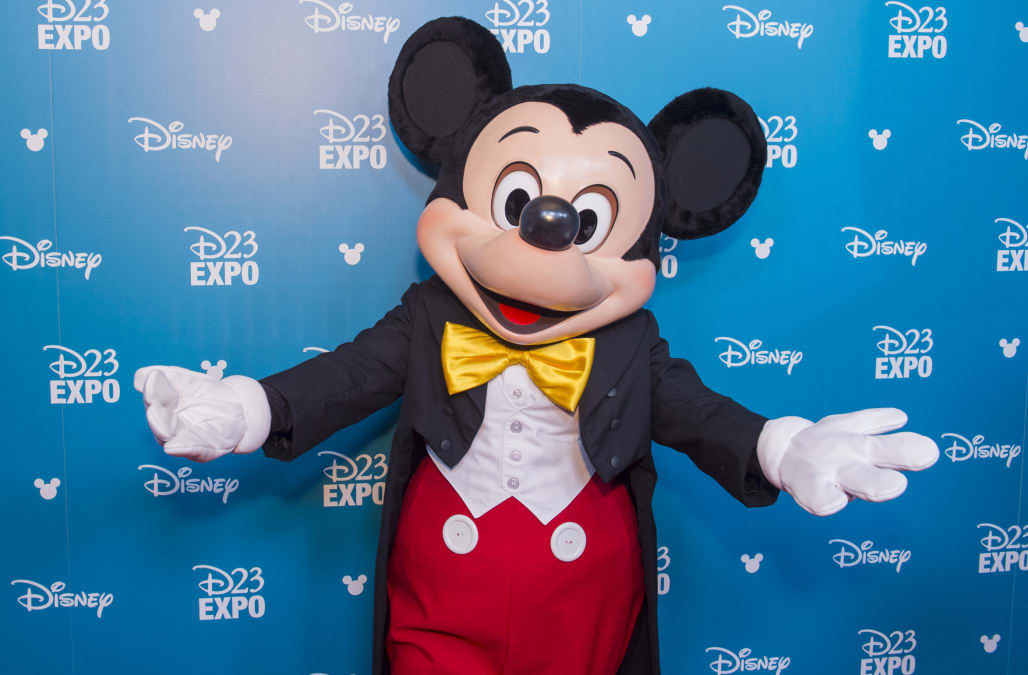 4.)Young Mickey Rooney was supposedly the inspiration for Mickey Mouse. 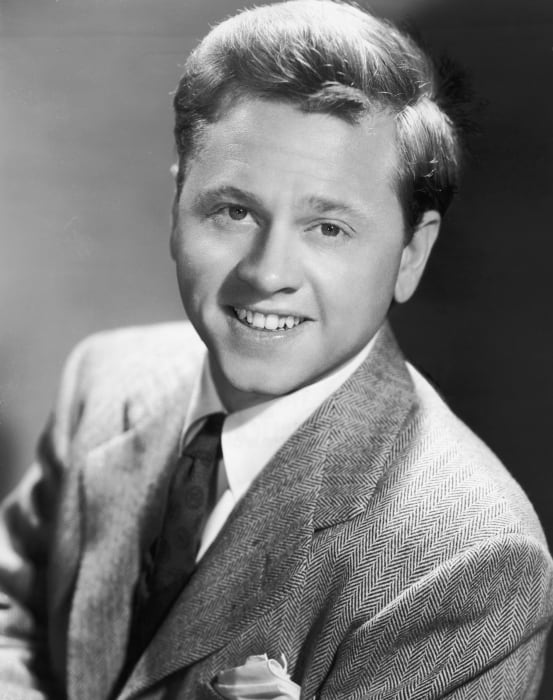 5.) Mickey Mouse was the first cartoon character to get his own star on the Hollywood Walk of Fame​. 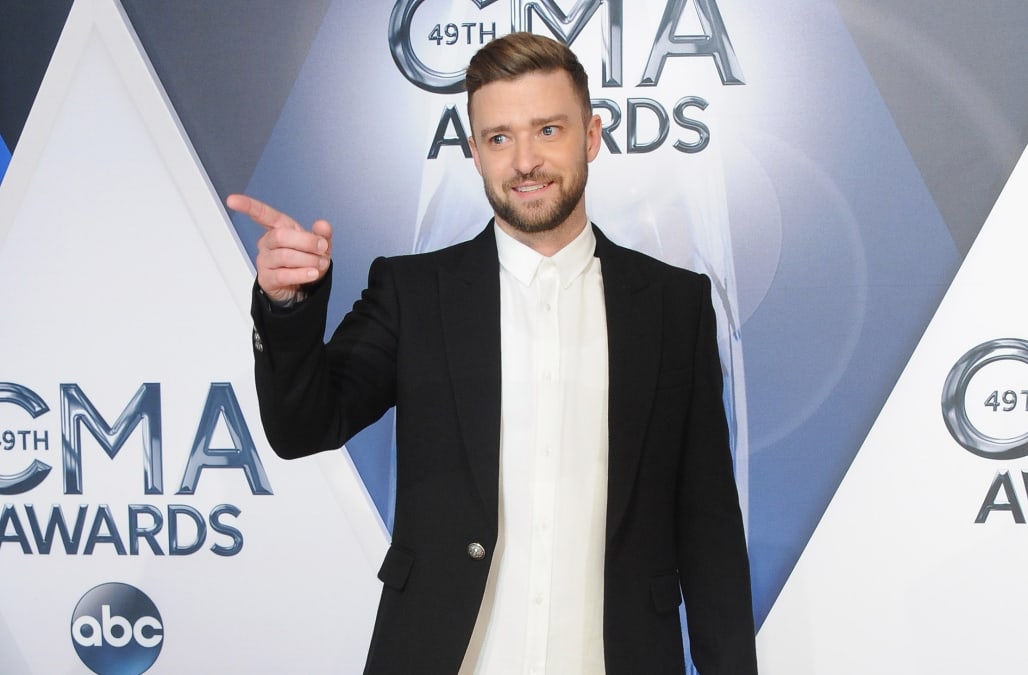 9.) All Disney locations feature "Hidden Mickeys," three circles shaped in a Mickey head, in strategic, but not always obvious places.​

10.)Mickey's ears were dubbed "one of the greatest cultural icons of the 20th and 21st centuries" by TIME Magazine. 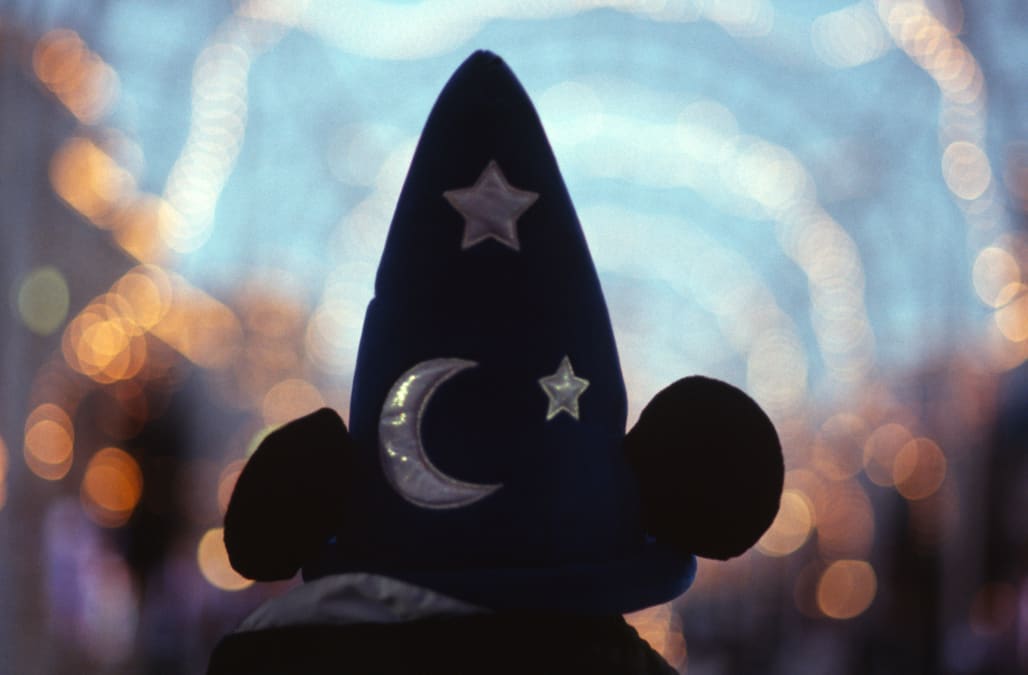 Want to check out more Mickey Mouse! Click through how the character has changed throughout the years!

10 things you may not know about Mickey Mouse!
American animator and producer Walt Disney with one of his creations Mickey Mouse. (Photo by General Photographic Agency/Getty Images)

"Plane Crazy," the first creation of the character Mickey Mouse which debuted in a test screening to a theater audience on May 15, 1928.

397155 08: Mickey Mouse rides in a parade through Main Street, USA with Cinderella's castle in the background at Disney World's Magic Kingdom November 11, 2001 in Orlando, Florida. (Photo by Joe Raedle/Getty Images)
LAKE BUENA VISTA, UNITED STATES: Mickey Mouse and Roy Disney look upward as fireworks are launched during the rededication of the Magic Kingdom at Walt Disney World in Lake Buena Vista, Florida, 01 October, for 25th Anniversary of the opening of Walt Disney World. AFP PHOTO Tony RANZE (Photo credit should read TONY RANZE/AFP/Getty Images)
NEW YORK, NY - NOVEMBER 23: Volunteers help inflate a Mickey Mouse flotation for the Macy's Thanksgiving Day Parade on November 23, 2011 on West 77th Street in New York City. The parade which started in 1924 is celebrating its 85th year. (Photo by Andrew Burton/Getty Images)
PASADENA, CA - NOVEMBER 16: Mickey Mouse waves during announcement naming him as the Grand Marhsall of the 2005 Tournment of Roses Parade on November 16, 2004 in Pasadena, California. (Photo by Frederick M. Brown/Getty Images)
Disney character Mickey Mouse (C) exchange greetings with guests at Tokyo Disneyland in Urayasu, suburban Tokyo on January 1, 2014. Tokyo Disney Resort, Tokyo Disneyland and Tokyo DisneySea, is expecting to attract 30.7million visitors for their fiscal year ended March 2014, the first time to mark over 30million guests as they celebrate the 30th anniversary of Tokyo Disneyland. AFP PHOTO / Yoshikazu TSUNO (Photo credit should read YOSHIKAZU TSUNO/AFP/Getty Images)
An employee of Mitsukoshi Department Store intoduces a pure gold Mickey Mouse at the head store in Tokyo on April 3, 2010. The department store started selling the only figure in Japan, which is 20cm tall and weighs 2kg, at 225,800 USD to commemorate the second anniversary of Isetan Mitsukoshi Holdings Ltd. AFP PHOTO/Toru YAMANAKA (Photo credit should read TORU YAMANAKA/AFP/Getty Images)
Walt Disney characters Mickey Mouse (R) and Minnie Mouse pose for photographs in front of the Shwedagon Pagoda in Yangon on September 25, 2014. The Disney characters, icons of the US entertainment industry, were making their debut in Myanmar, which has emerged from being a highly reclusive state. AFP PHOTO / Ye Aung THU (Photo credit should read Ye Aung Thu/AFP/Getty Images)
Up Next