Remember baby Emma from 'Friends?' See what she looks like today, all grown up

Arguably the most well known sitcom of all time, "Friends" was a staple in most of America's lives from 1994 to 2004. Through these ten tumultuous years, we felt the ups, the downs, and every moment with this all-star cast.

One of the show's biggest moments was when Ross and Rachel's adorable baby, Emma, was born. While Emma was only on the show for two seasons, the audience was instantly infatuated with the little blondie. 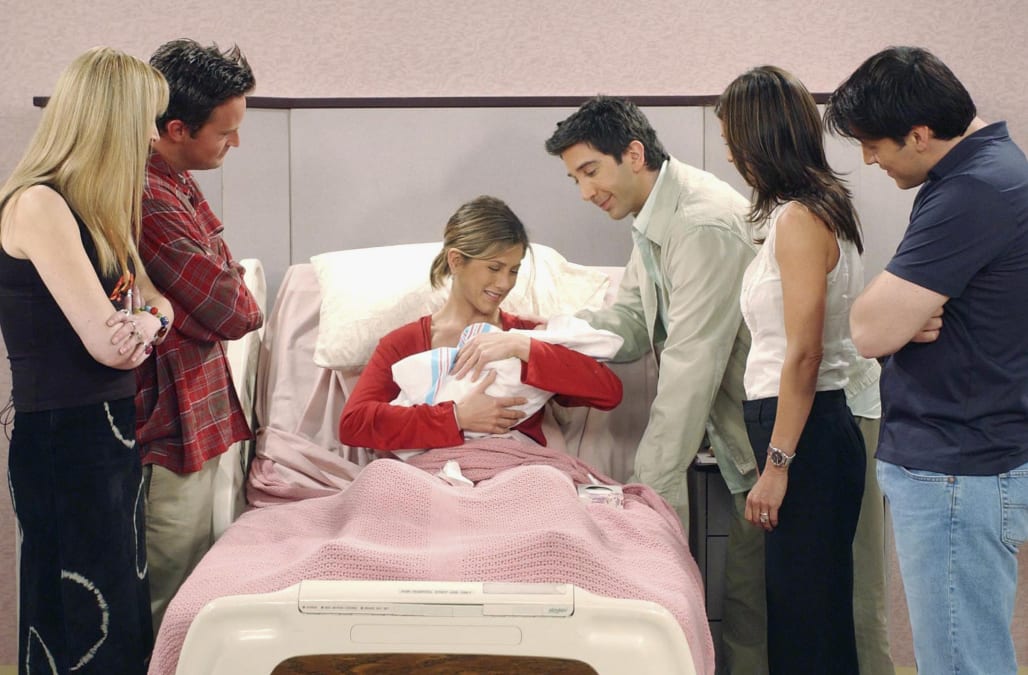 Now, 11 years after the "Friends" said their goodbyes, we're left wondering, what in the world happened to little baby Emma? Well folks, what you may or may not know is that baby Emma was played by twins, Noelle and Cali Sheldon.

Cali and Noelle Sheldon were the twins who played Emma, this is what they look like now at age 13. pic.twitter.com/8k91Z5hjMa

Noelle and Cali are now 13-years-old (feel old yet?) and are just your average pre-teens. ​Entertainment Tonight caught up with the pair back in February, and found out that they attend public school, play sports, instruments, and pursue acting on the side "as a hobby."


"Our friends think it's really cool because they think we're famous...I particularly don't think we're famous or anything because we were babies so, people aren't going to say, 'Oh you're baby Emma from Friends.'" Noelle Sheldon, Entertainment Tonight

Find out which actors originally auditioned for the show, but didn't make the cut:

Remember baby Emma from 'Friends?' See what she looks like today, all grown up
FRIENDS -- Season 6 -- Pictured: (l-r) David Schwimmer as Ross Geller, Jennifer Aniston as Rachel Green, Courteney Cox as Monica Geller, Matthew Perry as Chandler Bing, Lisa Kudrow as Phoebe Buffay, Matt LeBlanc as Joey Tribbiani -- (Photo by: NBC/NBCU Photo Bank via Getty Images)
Ellen DeGeneres turned down the role of Phoebe.
Tea Leoni was the first choice for Rachel, but turned it down.
Elizabeth Berkley auditioned for Rachel, too.
Eric McCormack auditioned for the role of Ross a few times.
Jon Favreau was offered the role of Chandler, but turned it down.
Jon Cryer almost auditioned for Chandler, but his audition tape got to executives too late.
Hank Azaria auditioned for Joey several times.
Lisa Kudrow beat out Kathy Griffin for the role of Phoebe.
Kudrow also beat out Jane Lynch.
Up Next