And People Magazine's Sexist Man Alive for 2015 is ... David Beckham!

The hunky former soccer star scored the coveted title of the magazine's sexiest this year and the big news was announced Tuesday on "Jimmy Kimmel Live!"

While Beckham is easily one of Hollywood's biggest sex symbols -- and has been since the day he stepped onto the field with his man-bun, he revealed he doesn't necessarily feel he's deserving of the nod. 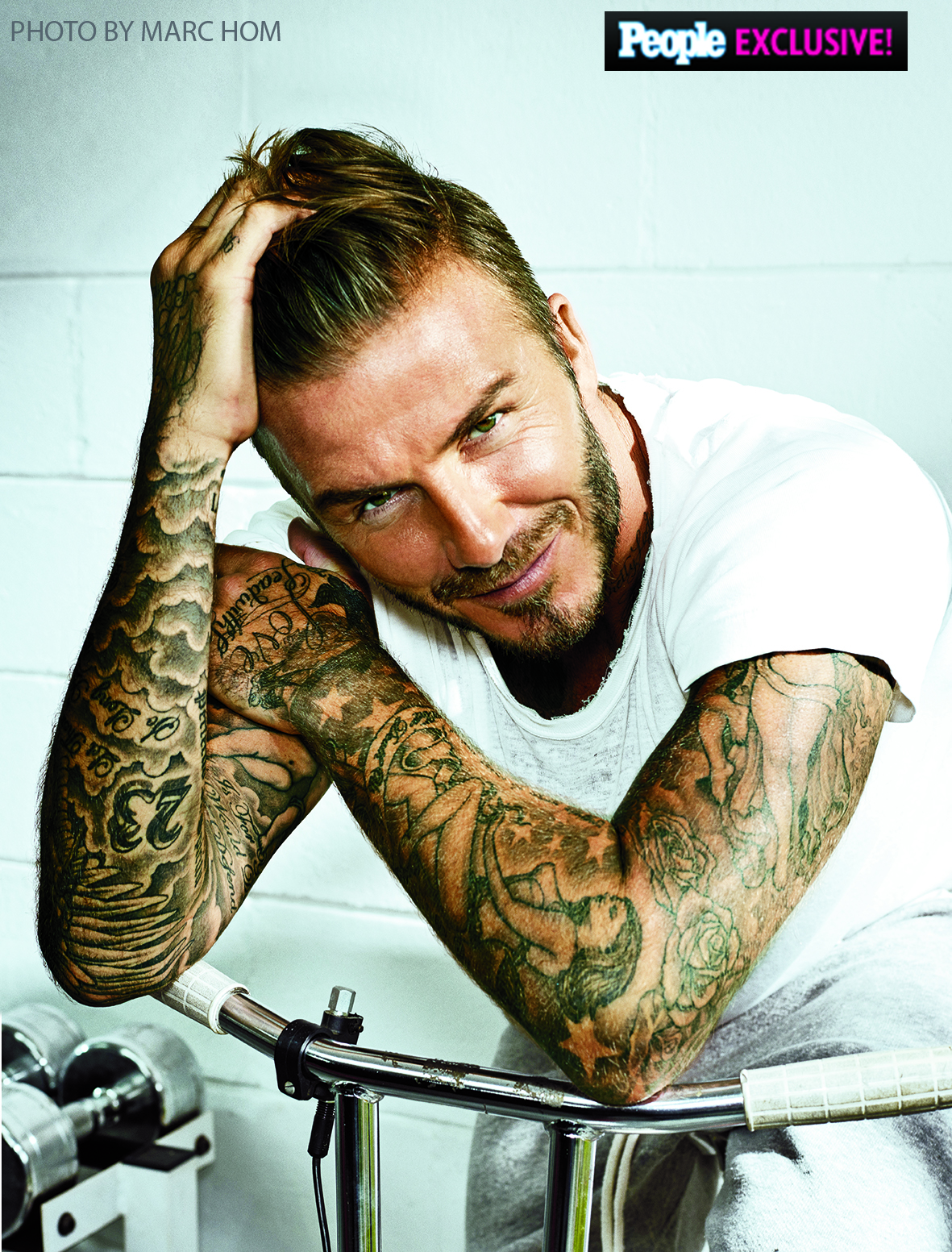 "I never feel that I'm an attractive, sexy person," he said in People's cover story."I mean I like to wear nice clothes and nice suits and look and feel good, but I don't ever think of myself that way."

That being said, the British heartthrob jokes that there's one person he hopes looks at him that way -- his wife, Victoria Beckham.

"I would hope that she feels this way about me all the time anyway!" Becks said. "But she said, 'Congratulations!'"

Since hanging up his soccer cleats in 2013, Beckham has been a full-time dad to the couple's four kids and has also recently become more involved in his work with UNICEF. Let's face it -- those two facts alone turn up his sexy factor.

Over the past year, the former footballer has been spotted teaching his daughter, Harper, how to score goals and has hit several big events with his sons Brooklyn, 16, Romeo, 12, and Cruz, 10. And despite the fact that he's dad of the year to them, Beckham said his kiddos didn't quite agree with his new status when he and his fashion mogul wife broke the news to them.

Shortly after Brooklyn, who has clearly inherited his dad's good looks and has been showcasing his own sculpted physique as of late, asked if People got the right Beckham.

Sorry, Brooklyn -- this time they did. Congratulations to David Beckham!

David Beckham is People's Sexiest Man Alive 2015
Amazing day in Buenos Aires playing with the kids from the community .. 🇦🇷 #loveofthegame @unicef
No place like home. Great to be back where it all started. Can't wait to play in @UNICEF #matchforchildren on November 14th
Congratulations to Her Majesty on what is truly an incredible achievement. She embodies all of what is great about our country and we are fortunate to have her. Long may it continue.
Something tells me I love this not so little man so much ...... Growing up fast into a perfect gentleman and hiking buddy.... I love you big boy ❤️
Brothers in arms 💙💙💙 my gorgeous boys
Always good to spend time with Superman
Wimbledon day with my little man.... 🎾
16 years ago today was our special day... 16 years on we have our beautiful children... Thank you for giving me our amazing little ones .... Happy anniversary ❤️
"Happy Mother's Day" ❤️
Great to see these shy and retiring ladies. Never a dull moment.
Thanks to my beautiful wife for such an amazing day x
#DB40
Harpers not the only princess in the house 👸
🚴🏼 Look at my big girl 🚴🏼 Day One - No stabilizers ❤️
Rope time ........
Today's amazing visit with @unicef to meet children affected by violence. Violence against any child is unacceptable. Children should never be in danger...great to see @unicef work & the smiles on these children's faces ...
Up Next


Plus, check out all the previous winners of the Sexy Award: