The Rewind: The top news and buzzy stories from the week of November 9

Hey everyone this is Magdalena Guillen with the #TheRewind on AOL.com, where we give you a quick rundown of the top news and buzzy stories from the week.

2. American officials said a U.S. drone strike targeted a vehicle in Syria believed to be transporting "Jihadi John," the notorious Islamic State militant who appeared in gruesome videos showing the beheadings of Western hostages.
​
3. A 19-year-old student at the University of Missouri was arrested after posting threats against black people on the anonymous messaging app Yik Yak. Racial tensions have been growing on campus, resulting in the resignations of the university system president and the Columbia campus chancellor.

4. Jeb Bush came out swinging in the fourth GOP presidential debate in Milwaukee. He's been trying to turn around his ailing campaign and took jabs at Obama's economic record and Hillary Clinton for pledging to build on his policies.

5. More than 63 million people in the central U.S. are under warning as forecasters predict that colliding air masses may generate high winds and possibly some tornados.

6. More bad news for meat lovers. Researchers at the University of Texas discovered that eating grilled meat increases your risk of getting kidney cancer.

7. An 8-year-old boy in Alabama was charged with beating a 1-year-old baby girl to death while they were left home alone as their mothers went out to a nightclub.

8. Caitlyn Jenner was honored as one of Glamour magazine's '25 Women of the Year' along with several other Hollywood A-listers and philanthropists.

9. Astronomers discovered a mysterious, icy object that's the most distant body ever found in the solar system, but they haven't been able to officially classify what it is.

10. From large ceremonies to simple grave site memorials, people across the country celebrated and honored members of the military on Veteran's Day. 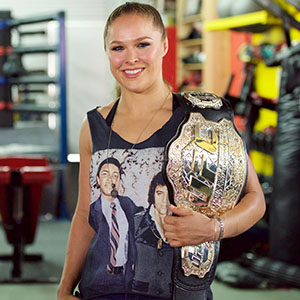 1. UFC star Ronda Rousey revealed which presidential candidate she plans to vote for next year. After slamming Donald Trump saying she "just wouldn't trust" him with running the country, Rousey said she's supporting Bernie Sanders because "he doesn't take any corporate money." 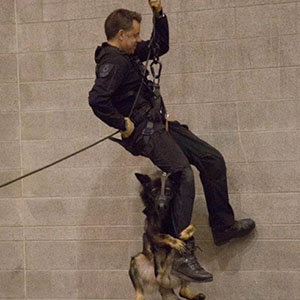 2. A photo of a dog clinging to a cop's leg has gone viral. But the image isn't quite what it seems. The dog looks like it's hanging on for dear life, but it's actually all part of an exercise -- and he's having fun! Niko was learning to rappel with the Vancouver Police Department's Canine Unit. 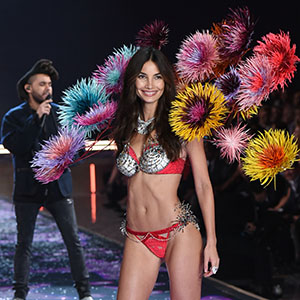 3. A-list models Gigi Hadid and Kendall Jenner debuted as first-time Angels at the highly anticipated Victoria's Secret Fashion Show. Amid all the glitz and glam, Angel veteran Lily Aldridge stood out in the famous $2 million Fireworks Fantasy Bra. It was created exclusively for the show with 6,808 precious gems hand-set in 18-karat gold.


And that's #TheRewind! To dive deeper into these stories click on the links in this article page. Check back every Friday night to get caught up so you're in the know this weekend.

The Rewind: The top news and buzzy stories from the week of November 9
Islamic State of Iraq and the Levant fighter threatens to behead Japanese hostages Journalist Kenji Goto Jogo, left, and military contractor Haruna Yukawa in a propaganda video released by the organization January 20, 2015.
'Sun and all planets of the Solar System.Sun, Mercury, Venus, Earth, Mars, Jupiter, Saturn, Uranus, Neptune, Pluto.Some images provided by NASA, visible earth , nasa.gov and www.shadedrelief.comPS CS5 application :'
Up Next