As the nation honors military heroes on Veterans Day, AOL.com is giving veterans a chance to share their stories and experiences.

BJ Ganem is an Iraq War veteran and works with the Semper Fi Fund to help wounded service members transition back into civilian life. He's also a strong supporter of #DayForTheBrave.

SEE ALSO: How Matt Zeller is helping translators who aid US troops

#DayForTheBrave is the first national veteran-focused day of giving, a day to show U.S. troops and veterans appreciation and respect. Around 200 veterans organizations -- including the Wounded Warrior Project, the USO and the Fisher House -- will be working together to raise more than $1 million in just 24 hours for troops. You too can get involved here. 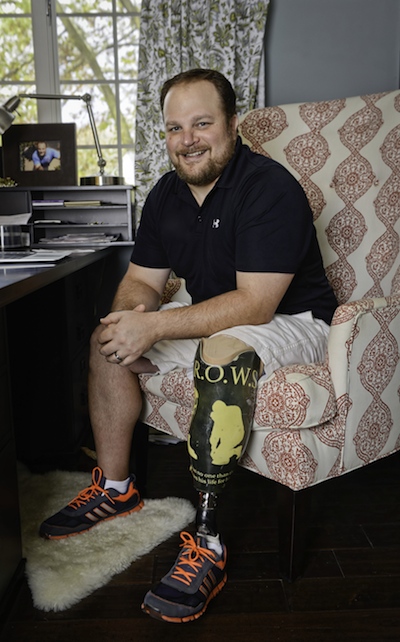 AOL.com: Where and when did you serve, and in what position?

Ganem: I served as a platoon sergeant for a USMC infantry platoon in the Babil province of Iraq in 2004.

AOL.com: Why did you join the U.S. military?

Ganem: I joined the Marine Corps in 1996 because my first year of college did not go well academically speaking, and I was sick of school and wanted to get out and see the world.


"My closest friends in life served with me and it is a bond unlike any other. " BJ Ganem

AOL.com: What does it mean to you to have served in the U.S. military?

Ganem: Having served in our nation's military during one of the most complex times in our history gives me a strong sense of pride and accomplishment. My closest friends in life served with me and it is a bond unlike any other.

AOL.com: What did you gain from serving in the military and what did you have to give up?

Ganem: I gained numerous skills that I would never have been able to access had I not joined. I also learned so much about myself and what I am capable of even under harsh conditions and pressure. I gained a group of friends that are unlike any in normal society. I had to give up a traditional career track, and I have had to work twice as hard after I was discharged in order to get to the same level as my contemporaries that did not serve. I also gave up a lot of time with my family.


"Most people overlook the amount of creativity and leadership needed at all levels of the military in order to be successful. Many people think we just follow orders like robots but that is not the case. " BJ Ganem

AOL.com: What do most people forget or overlook about the men and women serving in the military?

Ganem: Most people overlook the amount of creativity and leadership needed at all levels of the military in order to be successful. Many people think we just follow orders like robots but that is not the case.

AOL.com: What are you doing today and how did your service help you?

Ganem: Today I am working diligently with the Semper Fi Fund to help our wounded service members transition successfully, and to build better connectivity between the small military population and the large civilian population. My time in the military having to be creative and working hard to accomplish difficult missions has prepared me for taking on this challenge. More Veterans Day coverage from AOL.com:
Veteran Ron Steptoe shares how the military prepared him for his future career
'Gotham' star J.W. Cortes gets candid about how the military changed his life
Chris Henderson of 3 Doors Down opens up about his time in the US Navy
Tags
Read Full Story