GOWANUS, Brooklyn -- When it comes to the question, "will the Gowanus Canal ever produce some sort of mutant being?" -- the eyes apparently have it.

This video first seen on Gothamist shows what appears to be a three-eyed catfish fished out of the superfund site. But some people who know the toxic, polluted waterway were actually a bit disappointed. 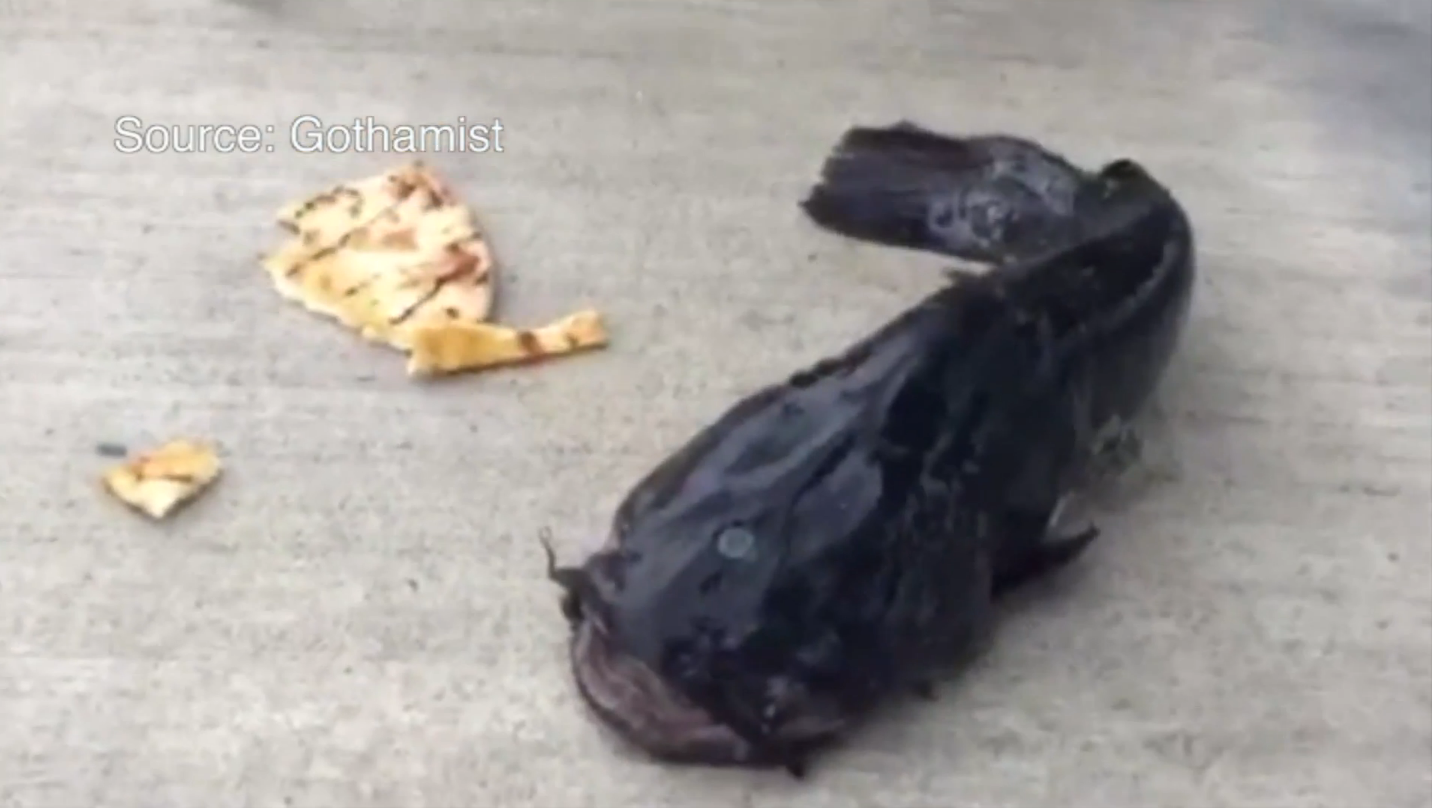 "Three eyes actually surprises me," said Chris McManus of Park Slope. "I was expecting more like 10 or so."

According to the article, the fish was captured by a fisherman who intended to eat it for dinner. But commenters questioned the validity of the video, saying it sounded like one big fish story.

"I think it could be real because there's always theories about you know this is the Gowanus Canal, so it's possible," said Smith.

Real or not, the extra eye had many people on social media recalling the three-eyed fish from The Simpsons known as "Blinky."

We reached out to a couple wildlife agencies who wouldn't or couldn't confirm the possibility of a three-eyed fish in the Gowanus, although you'd figure it need at least that many eyes to navigate through the sludge beneath.

Monday afternoon there weren't any fishermen out on the Hamilton Bridge where they reeled in "Blinky," and we couldn't see any fish through the murky water just a skateboard and what looked like a traffic cone -- which made some people question the living conditions of any fish that might call the Gowanus home.

"What I think is really crazy is that there is a fish living in here which makes me feel bad for the fish," said McManus.