Posing a baby in a rustic setting is a wildly popular theme in newborn photography.

One of the bonuses of such photography is that if you put a baby out with corn and hay, a deer might come by for a snack ... and an amazing photograph. 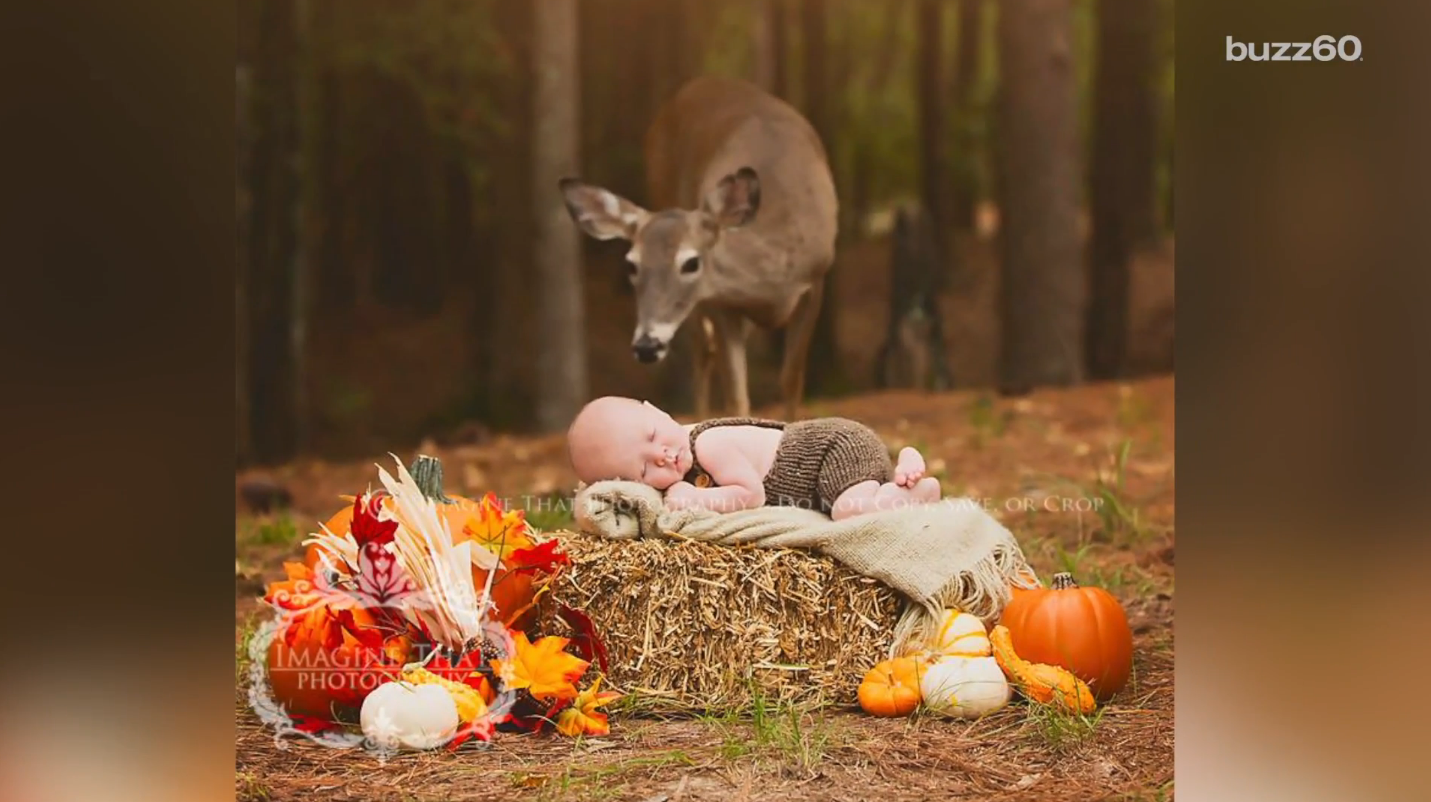 Rion says the deer, named Maggie, is friendly towards humans and has approached photo shoots before -- so when she emerged from the woods, Rion's assistant lured it closer with some corn, resulting in this one-in-a-million shot where it appears the deer was about to plant a furry kiss on Connor's head.

No, this photograph is not a composite, as a video shot by Connor's mother shows the deer actually walking up to her son during the photo.

Rion says she's seen Maggie the deer plenty of times in the state park before, and she's made enough appearances in previous photo shoots that parents are now even requesting her for their children's portrait sessions.

Although, Rion says she repeatedly explains Maggie is a wild animal and can't really be booked.

Maybe Maggie should start considering it. If Maggie wanted to go into business, she could pretty much charge whatever she wanted.